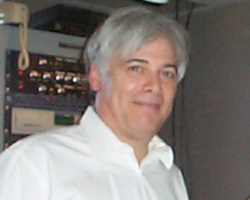 Tai, can you tell us a bit about your background before producing and hosting The Expat Radio Show?

My road to ultimately creating the Expat Show was a series of wild events one can only describe as unpredictable, long, winding and nightmarish! Hope you will bear with me.

To start, I come from an entrepreneurial background. I think anyone who has that quality in their blood knows how important it is to create and be independent. My first company was Taico® Incentive Services and centered around providing incentive education, awards and tracking tools for our corporate clients in the USA. Taico® Incentive Services still operates and can be visited at: www.taico.com. The success of the company gave me the motivation to leave the hustle and busy life of NYC to experience the beauty and peace of life in the country. I purchased a small house on a small lake and received all the necessary approvals to renovate the property.Then out of the blue, back in 1995 I found out that my new home was the target of a government property taking. I couldn’t believe it! Looking back, I learned that it was our own USA EPA that attempted to set a legal precedent in the State Supreme Court that local law approvals were not good enough for them and that anyone’s property could be confiscated for no reason. The stress of it all is hard to describe. The money it would take for me to successfully fight this would devastate me. In sheer desperation I reached out to the media.

My story became big news over ABC radio, FOX TV and World Net Daily. After much work, we received overwhelming media and legal support. To make a long story short, we came out of it victorious. The whole experience took a personal and financial toll on me. I learned a big lesson, however, about how to battle Bureaucratic Goliath. Utilize radio and TV to get the word out about your story. If this could happen to me I knew it could happen to anyone. The whole experience propelled me into radio. I created an original radio program called Could YOU Be Next? See: www.couldyoubenext.com. Stories of people like me experiencing regulatory abuse.

After years of pitching the idea and getting rejected, I met a GM from WTBQ radio in New York who believed in my ideas and gave me an opportunity on his station. For 7 years my news talk magazine featured the expose’ stories the main stream media wouldn’t talk about.

OK, so what came next was a trip I took about 4 years ago to the Yucatan Mexico. I never dreamed I would discover the incredible world of the expatriate community. Every time I went back to the Yucatan, I heard dramatic and entertaining stories about Americans who picked up and left their lives in the US to seek adventure, new love, affordable living and whatever other reason you could think of. Then that bulb in my head went off that what this world needs is an expat show. I presented this idea to a lot of media. The glazed look over their eyes said it all “An expat show? What’s that?”.

Things changed however when the same GM at WTBQ radio in New York Frank Truatt shared my vision and invited me “to go for it.” I was up and running. Fortunately people of all ages and backgrounds resonated with the program. The show is heard 24/7 at: www.theexpatshow.com. We just launched a video version at: www.taicoproductions.com and are in the process of bringing the program to www.theexpatshow.tv

What prompted the creation of the The Expat show and how has it evolved?

My love of travel and interest in people. People also love to tell their stories and no two people or stories are alike. That’s one of the amazing parts of this. There are virtually millions of perspectives out there which will take lifetimes to get to. Since I love to do interviews it all seemed to neatly come together. An expat show for and about the expatriate community.

What were the main challenges you faced producing/hosting the show? How did you overcome them?

As we all know, its one thing having an idea and another to then materialize it. As an original show, I needed to come up with and produce an interesting, entertaining and relevant musical theme and program format. I also needed a co-host with the enthusiasm and interest in what the show stood for. Getting it all right was the first challenge. Next came the prayers that expats and wannabees-non expats would tune in and actually listen to this new thing. You have to travel and do your research. Understand the expat mind set. In large measure, expats are independent, adventurous, courageous. Expats are dreamers. Hard work, making mistakes, changing stuff, editing was the terrain I took on.

One of my misconceptions was this show, this niche market would be a hit with the major media big boys and girls. No so. So I did what anyone would do. You pitch it and pitch it, hear the rejection and not let it get to you. You’ve got to throw in some hard headed persistence. As previously mentioned, GM at WTBQ Frank Truatt (who through the years knew the quality of my work) listened to my show idea and after providing him with some expat data, gave me that beautiful green light. The Expat Show™ was born.

What type of expat issues does The Expat show cover? What particular issues are of interest to expats?

On the show we try to stay up to date with the global news and how it may impact the global expat community. One example of an issue brought by one of our listeners involved some overseas banks that refused to open bank accounts for US expats. We were able to get the assistance of US Congress’s The Americans Abroad Caucus to find out the possible reasons. The AAC contacted the Treasury Department and got a lifting of the regulatory pressure (tons of paperwork) the IRS was imposing on these reluctant banks. Other issues of interest to our listeners include information about the people and places in the expat’s host country, stories from other expats, having on the show expat experts in insurance, investment, transition issues and other areas involved in the expat experience. There’s tons of them. Of course the opportunity we offer people to come on the show remains of big interest. As you know, this is an evolving community and ours is still an evolving show.

What is a typical day in your life like?

Answering the emails (as best as I can), doing research and staying up to speed, up to date. Traveling and taking notes. Recording and editing interviews. Now that video is happening, I am learning film editing and hoping to successfully bring it to our show. Especially interesting for me is meeting new expats from other countries now living and working in the USA. All in all, I am very grateful for the fantastic resources out there like Expat Focus. Kinda makes my job a bit easier.

If you had to give one piece of advice to those considering moving abroad what would it be?

Before you move abroad, take it slow, take it easy. Visit the country a number of times first before plopping down money to buy or rent. If the country is very new to you, make a long list of the pros and cons and then still rent first before you decide. Use the wonderful resources already on-line that I mentioned to get more information. Try to learn the new language. Even if your accent and vocabulary isn’t that great you will be better received by those in the country you are looking to relocate to. People are the same all over in that they appreciate your efforts to be a part of their language, their country. This advice goes for those already living abroad. Its never to late to explore and study all you can about your new environment.

Travel, build and develop the TV version of the show and ally with other expat outlets which ultimately will always benefit the expat.

What do you do to relax?

Play guitar, read, walk, jog, swim…love the Yucatan beaches and doing these interviews with you!