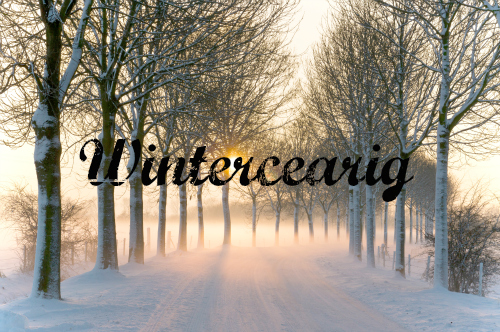 Words that can’t be translated from one language to another are always fascinating. These words evoke a deep sense of wonder, at the fact that a concept can exist in one language but not another. Of course, this isn’t always precisely true – sometimes the concept exists across the world, but only one particular language captures it so beautifully and concisely in a single word or phrase.However, this too is quite remarkable: the realization that a complex concept that usually takes a whole sentence or more to be conveyed in your language can be captured by a single word in someone else’s.

It being the peak of winter – at least in most parts of the Northern Hemisphere – we thought we’d go digging for winter words that can’t be translated. Surprisingly, there were quite a few of them! Unsurprisingly, a considerable number of them are from the Scandinavian countries and revolve around ideas of warmth, cheer and companionship in the middle of the cold. It’s only to be expected of course – when you have the long, deep winter that these countries go through each year, it’s natural that a space of warmth, light, friendship, and good food and drink takes on more value and meaning, to the point where it needs a special word to describe it.

The Danish word hygge (pronounced as “hoogha”) has been gaining a lot of visibility in the English-speaking world in the last few years. A quick search online turns up articles on hygge by everyone from the BBC to NPR to Mashable.

So what is hygge? The literal, simplistic translation is probably “coziness”, but as people around the world have been learning, it actually encompasses a lot more than that. Being physically cozy is part of it, but hygge also includes an overall atmosphere and an inner feeling of warmth, safety, and comfort, being with people who make you feel at home, in a place that is (or feels like) home. For Danes and expats who live in Denmark, the word evokes candlelight, mulled wine, a warm fireplace, a good book, home food, and relaxed conversations with close friends and family. What’s important isn’t the details, but the feeling and experience. Also, hygge isn’t strictly a winter concept – you can have hygge in the middle of summer too. But the Danish winter is when hygge becomes really important, when people seek it out and hold on to it most.

Like hygge, the nearest English word to koselig is “cozy” or “coziness”, but again, the word holds a lot more meaning than its English counterpart. The word is pronounced as “koosh-lee”, and seems similar in meaning, if not identical, to hygge. All the connotations of warmth, intimacy, and contentment are present, all the evocations of candlelight and food and drink and blankets and friendship; and again, you can have koselig in the summer too, but the cold weather is when it really thrives. We’ve been told there’s a slight difference, but we still haven’t been able to figure out what that difference is, except that koselig also has a verb form – you can, apparently, kose any time you wish.

Like we said earlier, the Scandinavian countries unsurprisingly have a special affinity for winter words, and in particular for words that capture the concept of warmth, comfort, friendship, and contentment in the depth of the cold and the dark. The Swedes call this mysig (pronounced as mee-sig), and like the Norwegian word, this too has a verb form, mysa. Again, like the other two words, you can mysa all year round, but the long Swedish winter is when it’s most important to mysa.

The German language is famous for its untranslatable (and often interminable) words – everyone’s heard of Schadenfreude, but there are always the relatively undiscovered gems like the charming Fingerspitzengefühl (intuitive flair or talent) and the delightfully supercilious geschmacksverirrung (having no taste). In addition, since parts of the country have a rather severe winter season, we weren’t in the least bit surprised to find that the Germans have a word that runs parallel to the three Scandinavian ones we just discussed. Gemütlichkeit, similar to hygge, koselig, and mysig, is a state of being warm, content, cheerful, and in good company. Arguably, the German word emphasizes the social aspects of this experience more than the Scandinavian words do. Gemütlichkeit is also less tied up with winter, and could just as easily be used to describe the atmosphere in a German beer garden.

This isn’t really a winter word, but an insult that essentially means “wimp”. However, it does have relevance to cold weather and we found the word amusing enough to be worth a mention. A Warmduscher is someone who takes warm showers through the year. There are many similar words in German, with no literal translation, but essentially the same meaning, all casting aspersions on a person’s strength based on the accusation that they do various unacceptable things such as sleeping in their socks or laughing at the boss’ jokes.

Winter can be a depressing time of year, which is of course why a concept like hygge is so important. The word wintercearig can be translated literally as “winter-care” or “winter-sorrow”, but it isn’t really about feeling low at winter time itself. Rather, it’s about a sadness that is winter-like in its depth and intensity, a sadness that is bitterly cold. Although Old English isn’t really used in any part of the world any longer, this is a beautiful word that more people ought to know.

It’s interesting how geography and climate influence language and thought. While the Scandinavians and Germans have words to describe warmth in the depth of winter, the Spanish have a word to describe a person who is particularly sensitive to the cold. We’re not sure if this word is used as an insult like Warmduscher is, but we’re guessing frioleros aren’t especially rare in sunny Spain.

That’s our list of untranslatable winter words. Which one is your favorite? Do you know any others? Did we misunderstand any of them? Let us know in the comments.