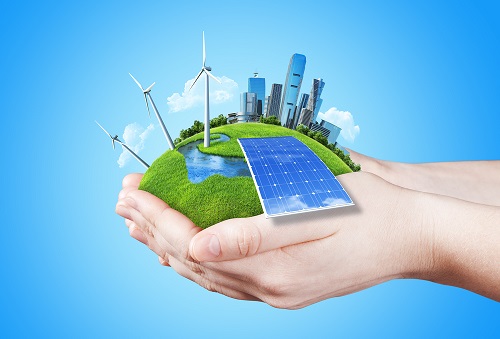 If you are moving abroad and want to maintain a sustainable lifestyle as an expat, it is worth looking at a range of potential locations. How do you assess sustainability, and what are your best choices? We will take a look at some factors relating to sustainable living: air quality, transport, availability of green products, renewable energy, government policy, and environmental awareness among the population.

A recent survey from InterNations, the world’s biggest expat network, shows Nordic countries topping the sustainability league tables. Finland comes first, followed by Sweden, Norway, Austria and Switzerland. However, Malta, Kenya, the Philippines, Thailand, Vietnam, and India come last in the table of 60 countries. Europe generally scores highly. Some countries that have beautiful natural environments – such as Vietnam and the Philippines – nonetheless score poorly in areas such as air quality and waste management. Expats express disappointment with levels of rubbish and vermin in Vietnam, for example.

India scores particularly badly across a range of areas of sustainability. Meanwhile, Norway’s weakest category still comes in at 13% above the global average (76% of expats canvassed here say that they are happy with the availability of green goods and services). The UK came in 28th place, with expats expressing concerns about the levels of air pollution in London. However, the country rated higher than the global average in terms of green goods and services.

Out of North American nations, Canada is the only one to feature in the top ten. Costa Rica features 15th – the country won the 2019 UN Champion of the Earth award, and has also pledged to achieve carbon neutrality by 2050. The USA ranks 30th, its position partly lowered by the perception that the US government does not care about the environment (the recent change of administration might affect this ranking in subsequent reports). In South America, Ecuador ranks highest (in 24th place) and Brazil comes at the bottom (47th).

Some of these countries score poorly due to the lack of environmental awareness among the general population, and others score poorly for factors such as poor air quality. Recycling services and the availability of green products also contribute to the ratings. Finland, for example, comes first, because of its exceptionally clean air, its natural surroundings, and its water quality. Expats single out Sweden’s enlightened approach to waste management, as well as its range of green goods and services.

Finland, as mentioned above, is top in the air quality rankings, followed by New Caledonia (Pacific Ocean) and the US Virgin Islands. The highest-ranked states for air quality after this are Sweden (4th), Finland (5th), Norway (6th), Estonia (7th) and New Zealand (8th). Bangladesh has the worst air quality, followed by Pakistan, India, Mongolia and Afghanistan respectively. Check out local air quality meters online to see daily reports for your chosen destination.

Recycling – not just your capacity for domestic recycling, but the amount of solid waste that goes into local landfills, for instance – may well be one of your sustainability concerns. Recycling and waste facilities vary widely across the globe, and Western countries often outsource the processing of their waste to poorer, developing nations.

The recycling capital of the world is Eskilstuna, the ‘Sheffield of Sweden.’ In this urban centre, both public buses and cars run on biogas and electricity. Low-carbon combined heat and power plants use thermal energy from electricity production to heat water. Domestic recycling is also heavily encouraged: domestic waste (food, textiles, metal, paper, newspaper, plastic and mixed) is sorted at source into seven multicoloured categories.

Unwanted goods can be taken to Bergström’s second-hand mall: ReTuna, a shopping mall selling goods that have been donated by the local people.

Environmental company Eunomia has done a survey of the top recycling nations in the world. Germany leads the field, recycling 68% of its waste, partly via a Green Dot scheme, which tells recyclers that they must accept refuse. It is followed by Wales, which has met its recycling target four years early, and then by Singapore, which, despite being a huge urban centre, has some big green initiatives and has managed to recycle 60% of its solid waste.

South Korea and Taiwan come next, showing the commitment by some Asian nations to cleaning up the environment. In Europe, Finland fares best, with a focus on green policies, and Malta fares worst – air quality, public transport, and the state of the natural environment are all things that feature in expats’ complaints about the island.

Some of the world’s cities are notorious for their congestion: Moscow, Mumbai and Bogota score highly in ‘world’s worst cities’ traffic lists for huge volumes of traffic and corresponding air pollution. Manila, Istanbul and Bangkok also have problems in this regard, and a number of American cities rank poorly. Orlando, Houston and Atlanta are held to be dangerous for pedestrians, for example.

If you want light, well-organised traffic, you are best off moving to Calgary in Canada. However, an increasing number of cities in Europe and elsewhere are seeking to reduce emissions by imposing charges and encouraging the trend towards electric vehicles – something that is coming into place in government policies, too. Oslo currently holds the global title for electric car use.

If you decide to dispense with your car and opt for cycling instead, you’d be well advised to take a look at Copenhagen, which often wins the top spot as the most bike-friendly city in the world (9 out of 10 Danes own a bicycle), followed by Amsterdam, Portland, Boulder and Montreal.

Overall, if you have a choice of destination and sustainability is your main priority, the Nordic nations sit high in the league tables, along with New Zealand. However, some other European nations also perform well, as do a number of Asian and South American ones. If you’re determined to live a green life as an expat, you will find that you have plenty of options.