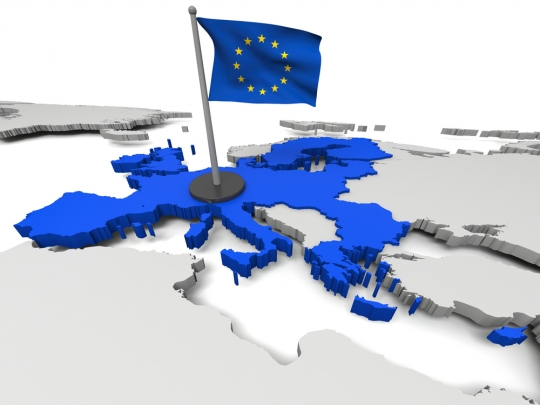 Whatever one’s personal feelings about Brexit, there is one thing on which we can all agree; whether you’re a British expat in the EU or a European expat in the UK, the degree of uncertainty regarding the UK’s withdrawal from the EU is deeply unsettling. At the time of writing, there still isn’t a deal on the table, but there is a great deal of confusion over what Brexit is actually going to mean for British residents abroad in the European nations. Even if there is an eleventh-hour deal, we’re all going to have to scramble hard to catch up with the ramifications.So, let’s have a look at some primary concerns.

The UK government has recently introduced a residency application scheme for overseas nationals currently in the UK, but there has been no analogous scheme for UK expats already in the EU. Whilst the EU27 might come up with a unified scheme, right now, it would be unwise to rely on that happening. This means that consulting your current country of residence about its requirements might be a sensible precaution, assuming you have not done this already.

Blevins Franks, tax and wealth management advisers to those living in Europe, say:

“Until we know more, it is advisable for British expatriates to do everything they can to demonstrate ‘settled status’ in their EU country of residence.”

The Blevins Franks website features a series of PDFs on residency requirements for Spain, France and Portugal, as well as a general Brexit guide for UK expats. They also provide pensions advice.

The question of how Brexit will affect property ownership in the EU27 is obviously a major concern. France is currently the most popular destination for British nationals when it comes to buying property, with around 200,000 British people owning homes in France. It is unlikely that Brexit will greatly affect this. However, don’t take your eye off the ball if you’re planning to buy or sell – Britain’s exit from the EU may make getting a mortgage harder, it may mean you are liable for higher rates, and it could affect your capital gains tax. Again, it would be wise to consult a property expert in your country of residence.

“There is a theoretical possibility that anyone with a second home in France could suddenly find themselves also needing a visa to use their property…Riskier borrowers will inevitably be charged higher interest rates…But it remains to be seen whether our already close connection with holiday resorts in Europe will override any exit fears.”

The question of private pensions is obviously a pressing one for retired expats. Market volatility and the possibility of a ‘cliff edge’ financial crisis in the event of no-deal add to the uncertainty around pensions. However, insurers do have contingency plans in place. Pension schemes which plan to access EU markets will need to comply, but it is probable that there will be a transitional period extending some months after Brexit – whenever it actually happens – in order to sort things out.

Your UK state pension is currently triple-locked, and this is unlikely to be affected, although some authorities think that the government may need to negotiate new agreements with the EU27 states. Clause 24 of the 2014 Pension Act is rather worrying, as it could mean that pension increases are stopped, so do keep an eye on this one.

The weakening of the pound following Brexit is of course a possibility, but financial experts point out that sterling fluctuates constantly in response to market conditions, and can benefit or disadvantage investors depending on where it is in its cycle.

Freedom of movement is a major issue since the UK is trying to restrict this, with the EU responding accordingly. The question of whether British people travelling to Europe will now need visas or, if they work in Europe, some form of work permit, has not yet been resolved and may again depend on agreements with individual member states. This whole question has become complicated in the light of the Schengen Border Code, with the British to become ‘third party nationals’ when the UK withdraws. The gov.uk website states that in the event of no deal, after 29 March 2019:

• You should ensure you have six months left on your passport from your date of arrival. This applies to adult and child passports.
• If you renewed a 10-year adult passport before it expired, extra months may have been added to your passport’s expiry date. These extra months will not count.
• If your passport will be older than nine years and six months on the date you plan to travel, you will need to renew it in advance.
• The UK government advise that you should check the entry requirements of the country to which you are travelling, and not to relax if you find out that your passport will get you in. For example, while you won’t need a passport to travel to Ireland, you will need one to obtain the documents allowing you to drive in the Republic.

EU members, including UK nationals, currently benefit from the European Health Insurance Card (EHIC), which entitles you to state-funded medical treatment in the member states. However, you are allowed to use the EHIC in some non-member states such as Switzerland, so the scheme may simply be expanded to allow UK nationals the same privilege.

Double-tax rules, which are agreed individually between the UK and European countries to make sure that people are not taxed twice on the same income, will remain in place. However, the expat citizens’ rights group ECREU reports that officials in Spain are already failing to abide by existing tax agreements on double taxation.

It’s also unclear how inheritance will be affected by Brexit. The main advice applies; keep an eye on the situation and keep doing your homework.