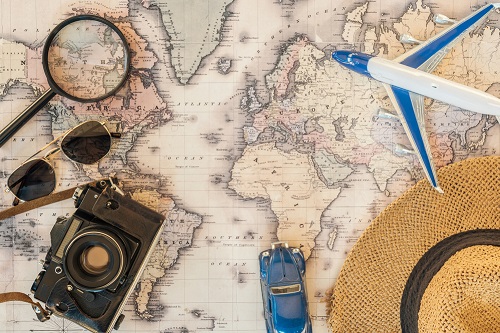 Relocating can be a nerve-wracking process, and whether you’re travelling solo or with your family, your safety is likely to be a prime concern. The world is not always a safe place. In 2022, Europe was rocked by the Russian invasion of Ukraine, but the world has many similar situations, and wars are only part of the problem. Civil unrest, terrorism and lawlessness all need to be considered as you plan your move as an expat. In this article, we look at the findings of the Institute of Economics and Peace (IEP) – an independent, non-partisan, non-profit think tank, which has recently released its Global Peace Index (GPI).

This piece of research is a data-driven measurement of peace across the world, ranking 163 nations using three principal criteria:

It also takes 23 qualitative and quantitative factors into consideration, such as homicide rates and perceptions of criminality.

Iceland was ranked as the most peaceful place, a position that it has held since 2008. It’s followed by New Zealand, Denmark, Portugal and Slovenia. Meanwhile, Afghanistan is ranked bottom for the fourth year in a row, just below Yemen, Syria, South Sudan, and Iraq. The Middle East and North Africa improved in terms of overall peace in 2021, but still remained the least peaceful places in the world. On the other hand, the USA (ranked 122nd) significantly deteriorated, due mainly to civil unrest and some violent demonstrations, such as the storming of the Capital in January 2021.

The most peaceful region in the world is Europe (although next year’s findings may reflect the situation in Ukraine), and the bulk of top-ranking nations are found in this region. The UK ranked 33rd, sandwiched between Italy and Taiwan, and Australia placed 16th.

It is perhaps worth noting that decreasing levels of peace are, globally, more customary, with terrorism and civil unrest proving to be the main drivers of decline. The average level of global peacefulness deteriorated by 0.07% in the 2021 Global Peace Index. The IEP says that even though this is a relatively small deterioration, it is the ninth time in the last 13 years that global peacefulness has waned.

The report notes that there has been a 244% increase globally in riots, general strikes, and anti-government demonstrations between 2011 and 2019. Yet the IEP also suggests that, overall, people feel that the world is becoming safer (except in South America). The IEP reports that one in seven people note crime, violence or terrorism as the greatest risk to their safety in their daily lives (the biggest perceived risk remains road accidents). Sub Saharan African nations, such as Namibia, reported the highest rates of personal experience of violence, or of people knowing someone who has been the victim of violence. The lowest rates of fear are experienced by people in Singapore, who do not feel that they will be the victim of violent crime.

What is it, therefore, that is common to the top five safest places? Iceland’s incarceration rate of 33 per 100,000 people is the lowest in Europe, and the eighth lowest globally. It is not heavily militarised (admittedly it does not share a border with another country), and incidents of terrorism and civil unrest are rare.

In second place, New Zealand’s ranking has fallen slightly due to increased military spending, but crime rates are low, and the nation typically does not get involved in foreign conflicts. Homicide rates are highest in Auckland, accounting for nearly half of all national murders in 2021, but those rates are still only in double figures. The Christchurch shooting has obviously bumped up figures over the past few years, but New Zealand remains extremely safe.

Denmark, too, in third place, experiences very low levels of international conflict. 44 homicides were reported in the country in 2021. Moreover, the country scores well on transparency indexes, which study rates of corruption; in Denmark, these rates are low. Violent incidents are often gang related and typically linked with the narcotics trade; Denmark is a trans-shipment point for drugs coming into Europe. However, arrests for both violent assault and drug-related offences have been falling since 2009.

Portugal is fourth in the index. Crime rates here are low, and the majority of crimes are non-violent. The country had 93 murders in 2020, but racially motivated hate crimes have been rising, and domestic violence rates are also a significant part of annual crime figures. Theft also features, and pickpocketing remains a problem in the major tourist areas – keep an eye on your bag and other belongings if you’re sightseeing.

Slovenia entered the index’s top ten in 2020, due primarily to low crime rates. Homicide rates have been fluctuating, but overall seem to be on the decline. In 2020, the homicide rate for Slovenia was 0.5 cases per 100,000 population. Corruption remains an issue, however, and so is human trafficking. The country is, experts say, ‘ideally placed’ as a transit nation for people smuggling. It’s also a transit country for arms trafficking. However, unless you lead an unusually exciting life, these crimes are unlikely to impact you as an expat.

So, if you are in search of a peaceful life abroad, consulting the GPI may be of benefit. If it’s safety you’re after, head for European countries, the Antipodes, some of the stable Asian nations, such as Singapore and Japan, and Canada. You may, however, have to go where your work takes you, and this may not be the safest place on the globe. In this case, it’s wise to do your research, consult the Foreign Office or your national equivalent, consult locals about which neighbourhoods to avoid and, in the case of regions where conflict might break out, ask your employer about any sudden exit plans.