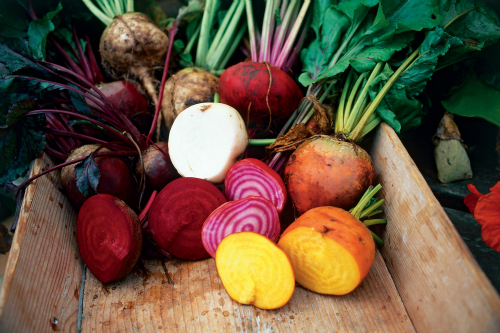 Across the world, people abstain from consuming certain food and drink for a variety of reasons. When these reasons are primarily based on tradition and social norms, as opposed to personal choice based on factors such as taste or ethics, they can be said to constitute a food taboo.

The reasons behind food taboos vary. Sometimes certain foods are avoided because of religious restrictions.At other times, food taboos arise from a misunderstanding of the way a particular animal or plant behaves, leading these foods to be considered unclean or unhealthy. Sometimes, there may be widespread superstition about a particular food, leading to a taboo against its consumption. In some cases, there may have once been good reason to avoid a particular food, and although the reason no longer applies and has been lost in the mists of history, the taboo persists. Of course, very often, several or all of these factors overlap to create a food taboo, and it’s difficult to explain exactly what’s going on. Occasionally, it’s not an individual food, but a particular combination of foods that is taboo.

Many people unconsciously think of food taboos as something that other cultures do – however, every culture has its own food taboos. It’s probably safe to say that modern urban cultures have fewer food taboos than more traditional cultures, but even here, they do exist. The taboo against eating human flesh is of course universal, but there are plenty more, even if you leave aside the religious ones. The taboo against most offal, for example, is one that comes to mind. Traditionally, an animal killed for food would be used to the maximum, with very little wastage; however, most urban meat eaters today shudder at the thought of eating things like tripe or brain. Generally however, it’s only the more unusual restrictions that strike us as being “food taboos”.

Of course, in the area of food, saying that something is unusual is always rather subjective, and this general rule applies even more to food taboos. One culture’s food taboo can be (and often is) another culture’s delicacy. Nonetheless, here are a few food taboos from around the world that many people are likely to find quite surprising.

In India, eggs are among several foods that the Jain community and “upper caste” Hindus are forbidden from eating. Many people in Western Africa believe that women in particular shouldn’t eat eggs or they will become sterile. Some believe that consumption of eggs is harmful for children too. It is claimed that this latter taboo was originally invented as a way to keep children from raiding village hens, disturbing and disrupting them, and eating too many eggs, but this origin story is likely to be apocryphal. A similar taboo against children eating eggs exists in Nigeria, and is based on the belief that consumption of eggs will make children steal.

There are of course many people across the world for whom the consumption of meat is taboo. Sometimes all animal flesh may be taboo, and at other times, it may be the flesh of only a specific animal or animals.

Among the relatively small community of Zoroastrians, which exists mainly in two countries, Iran and India, vegetarianism is not particularly widespread, although it is recommended in their religious texts. However, there is in particular a taboo against eating cow meat, and this is because the founder of the religion, the prophet Zoroaster, was saved from death by a cow when he was a child.

Among the Orang Asli people of Malaysia, there are a number of food taboos, but one particularly interesting general principle is the relation between the size of the animal and the size of the person eating it. According to these indigenous tribes, all animals have spirits, and the size and strength of these spirits depends on the size of the animal. They believe that a human being’s spirit needs to be strong enough to handle the spirit of the animal consumed. As a result of this belief, almost all meat is taboo for children except for small animals such as fish and frogs; however, as they grow older their diet is allowed to expand to include larger animals. Such restrictions for children can sometimes be found in other cultures too. In Jamaica, for example, many people believe that a child shouldn’t eat chicken before he or she begins to speak, or else the child will never learn to speak.

For observant Jews, consumption of meat and dairy together is taboo. People who live in countries with sizable Jewish populations will be familiar with this taboo, but for people in other parts of the world, especially those with cuisines that regularly combine meat and dairy, sometimes even using dairy as an ingredient in a meat marinade, will find this restriction quite strange. Pork is of course another taboo in Judaism, one that is shared with Islam as well as certain Christian sects. Interestingly however, the taboo against pork goes back even further in the Middle East, to the Egyptians and the Babylonians.

The Kiriwina Islanders in Papua New Guinea have a number of food taboos and prescriptions relating to all kinds of factors, including age and gender, and there are even recommendations for men going on fishing expeditions – they must fast and drink salt water before the trip. Interestingly, although fish is widely consumed by these tribes, certain varieties of fish such as stingrays and soles are taboo for everyone except village chiefs. On the other hand, village chiefs have their own food taboos – chiefs in the northern part of the island must not eat boiled or steamed food, only food that has been fried or roasted.

Fish taboos are quite common among pastoral and agricultural communities in certain parts of Africa. The Somali people in particular have a strong and widespread taboo against eating fish. Somali society is organized into social units known as clans, and the fish taboo is so strong that the few clans that do not follow it are not allowed to marry into the rest of the Somali clans.

In Brazil, seafood is widely consumed, but a few communities consider certain fish to be taboo. These include bottom feeding fish and carnivorous fish like piranhas, although the latter are quite popular in many parts of South America. In particular, people who are already unwell are advised not to eat these foods.

In some parts of China, when eating fish, it is considered taboo to flip the fish to get at the other side. Instead, you simply eat to the bone, get the bone out of the way, and then continue eating. This is often seen as a point of etiquette, which of course it is, but in a way it’s also a bit of a food taboo – the practice is said to be based on old fishing lore, according to which flipping a fish on your plate would result in your boat flipping the next time you went to sea.

The Yazidis, who were relatively unknown outside the Middle East until their tragic persecution made international headlines in recent years, have an unusual taboo against the consumption of lettuce. This is said to be because lettuce is known as “khas” in the Kurdish language, and the word that the Yazidis use for their divine beings is also “khas”. However, another explanation claims that this taboo is because a Yazidi martyr in the 13th century was pelted with lettuce by a mob after he was executed.

The Jain community in India, which we mentioned earlier, has a rather strict diet based on principles of non-violence. In addition to meat and eggs being taboo, several vegetables are also disallowed. These are mainly root vegetables such as onion, potato, radish, carrot, and turnip. The taboo is primarily because root vegetables must be uprooted, which is seen as killing the entire plant and therefore against the principles of the religion. Some Hindus also have similar taboos, although these are usually temporary, and only apply during holy months and religious festivals.

Perhaps calling it a taboo is a bit of a stretch, but it’s unusual enough to be worth mentioning – poppy seeds are illegal in Singapore. The small, crunchy, nutty-tasting seeds are widely used in many cuisines across the world, but in Singapore they are prohibited. Anyone who wants to import them or any products containing them needs to submit a special application along with certain documentation, as well as samples for testing. This is because the seeds contain morphine; if the sample submitted for testing does turn out to contain morphine, the application will be rejected.

Many cultures have taboos that aren’t as much to do with foods themselves as they are to do with menstruation. In Japan, for example, menstruation is thought to affect women’s ability to taste food correctly. Since professional chefs and, in particular, sushi chefs are expected to have special expertise in the area of taste, this belief has resulted in very few women becoming professional chefs. Among sushi chefs in particular, women are extremely rare.

In Papua New Guinea, menstruating women are believed to be weak and sickly, and therefore unable to handle certain “intense” foods such as bananas and meat. They are also often not allowed to cook, as it is believed that food cooked by a menstruating woman will somehow “contaminate” or spoil the food, making it poisonous.

In India too, there is a very similar belief with regard to menstruation and cooking, as a result of which menstruating women are not even allowed to enter the kitchen in many homes. For some reason, there is a specific taboo against menstruating women touching pickle, for fear of it going bad as a result. It’s worth mentioning that all these menstruation-related taboos are based on superstition and myth, and fortunately, their influence is gradually waning.

We’re all familiar with modern, science-based restrictions on food and drink during pregnancy. Alcohol consumption, for example, is almost universally advised against, and so is the consumption of raw eggs, both because of concerns over potential risks to the fetus. However, all over the world, there are many more restrictions on what pregnant women should and shouldn’t eat, and some of them are quite surprising.

In China, a lot of pregnancy-related food taboos are based on the concepts of yin, yang, and chi, and of foods being either heating or cooling. As a result, there’s a rather long list of food taboos for pregnant women, including banana, watermelon, pineapple, and mango.

In Gambia, people from the Fulla tribe believe that if a pregnant woman eats beef, the baby will be born fat, which is considered a bad thing. Similarly, in Nigeria, it is believed that a baby will grow too big to have a safe delivery if the mother eats yams while she’s pregnant. Certain traditional Indonesian beliefs also say that consumption of fish and, in particular, chicken eggs can complicate and/or delay deliveries, and among the Ika people of Nigeria, it is believed that consumption of porcupine can delay labor.

For most of us, eating rats is itself taboo; however, rat meat is a dietary staple for many communities around the world, including some in India, Vietnam, Ghana, and the United States. In Laos however, although there is no general taboo against rat meat, it is considered unhealthy for pregnant women to consume.

What foods are taboo in your country? Let us know in the comments!