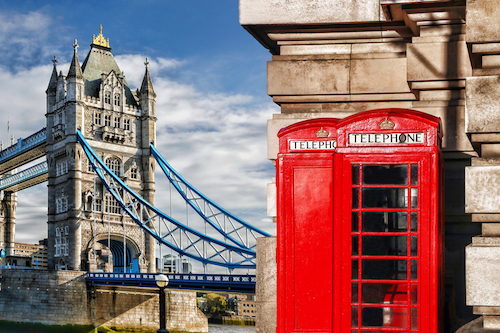 The current situation with regard to Brexit remains so fluid and uncertain that any EU citizen resident in the UK, or British expats resident in the EU, can be forgiven for remaining on edge until the thorny question of residency is finally resolved. However, some progress is being made; let’s take a look at the new EU Settlement Scheme in the UK for EU residents.

What is the new scheme?

The Home Office says that EU Settlement Scheme is “designed to make it straightforward for EU citizens and their family members to stay after the UK leaves the EU.”If this applies to you, you will need to complete three key steps: prove your identity, show that you live in the UK, and declare any criminal convictions. EU citizens will have until at least December 31st, 2020 to apply, regardless of whether we crash out on a no-deal Brexit or not.
The gov.uk website reports that on April 10th the Home Secretary, Sajid Javid, announced that 57 organisations throughout the UK had been awarded funding from the £9 million available, supporting an estimated 200,000 vulnerable or hard to reach EU citizens. The new funding, he says, will be “…used to help organisations both inform vulnerable individuals about the need to apply for settled status and support them to complete their applications to protect their status as the UK exits the EU.”

These organisations include disability and homeless charities, as well as community bodies designed to support an estimated 200,000 marginalised people. The Home Office says it has received 400,000 applications for assistance.

“EU citizens have contributed so much to this country and we want them all to stay. That’s why we have made the EU Settlement Scheme free and simple to use. It’s vital no one is left behind and we support vulnerable people who may have difficulties applying.”

He notes that some marginalised groups may need further support, for instance, victims of human trafficking, the elderly and isolated, and people with mental health issues.

The government has therefore met with more than 200 community groups, businesses and voluntary organisations who have links with EU citizens during the last year, partly as a consultation process and partly to ensure that news about the EU Settlement Scheme reaches those who might be affected by Brexit.

How Can I Find Out More About The Scheme?

A more detailed quarterly official statistics publication will be available from the government from August 2019, and they’ll also be publishing the results of the beta test. In addition, the organisations which will be receiving the new funding will be listed soon.

I’ve Heard Some Worrying Information About The Scheme. Will This Apply To Me?

The scheme was hit by technical problems on the day of its launch. However, it’s hoped that these issues have now been fully resolved.

The Home Office has explicitly said that the scheme will apply to anyone who is deemed economically inactive (such as stay-at-home carers). It had been reported that people in this category won’t be eligible; however, the Home Office states that this is not true. It also denies that you’ll only be able to access the scheme via an Android device. Although, during the initial stages of testing, the Identity Document Check was only available via Android phones, you should be able to use any kind of device to access it now. However, you can also use the post or go to any of the 50 centres in person.

The Home Office also denies that you will need to account for any absences from the UK, or that it is struggling to keep up with applications. It says:

“69% of decided cases were processed in three working days, with 81% processed within a week. The Home Office has already invested heavily in the Scheme, developing a new case working system, creating an app that can be used to verify identity remotely, establishing automated links with other Government departments, creating a new resolution centre to resolve queries and putting in place 1,500 caseworkers to work on EU Settlement Scheme applications. We will continue to monitor resources once the scheme is fully rolled out.”

Is The Settlement Scheme Working?

In January of this year, think tank British Future addressed the ramifications of the scheme, commenting that the government would ideally need to set out some key commitments, such as:

• Investing in the system,
• Getting information to hard-to-reach groups through effective communications which build trust and accountability through greater transparency,
• Providing redress when mistakes are made,
• Making a British citizenship offer to EU citizens.

They added: “Get it right and the UK sends a strong message that EU citizens are welcome and the Government is in control. Get it wrong and the consequences could be dire.”

Given the recent Windrush scandal, EU citizens resident in the UK are right to be vigilant. However, the Home Office reports that the second pilot phase was a success.

They also add that some aspects of the application process have been altered in line with comments made by applicants. The Prime Minister also scrapped the original £65 fee earlier in the year after complaints and negative press.

Are you an EU expat living in the UK? Share your experiences in the comments below, or answer the questions here to be featured in an interview!