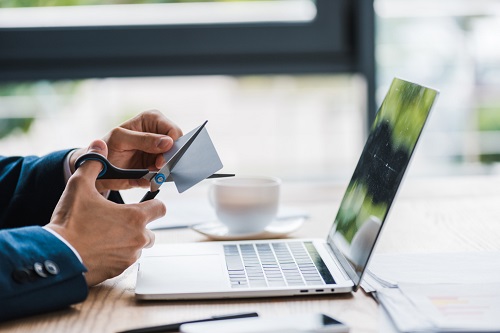 Bank account closures have been in the news recently, with a number of major UK banks announcing that they intend to close customer accounts for British citizens living in the EU. British expats may also lose access to wealth management services. This is in direct response to Brexit. Accounts are being closed because it is too complex and expensive for British banks to obtain licensing for financial services in the various EU nations – the system known as financial ‘passporting’ – once the UK has left the EU. Current passporting arrangements will cease on 31st December, unless an agreement is reached with the EU.

The pandemic is obviously not helping, as expats who would normally return to the UK to visit their local branch and discuss such issues have not been able to do so.

Basically, the retraction of services is because each bank must now set up as a new legal entity in each European country they wish to operate in. The numbers of expat customers may mean that it is simply not cost effective for them to do this. However, the status of your account will depend on which bank you are with and where you are living.

This is disruptive news for British expats who wish to keep an account open with their home bank for practical reasons. For example, many expats still have properties in the UK and need to pay regular bills, which is easier to do via direct debit from a UK bank account.

Concerningly, some people have also reported that their accounts are being closed (for instance, by Barclays) even though they have returned to the UK and have not been resident abroad for several years. So this issue may not be restricted to expats.

Barclays initially gave British expat customers until 24th October to make other arrangements. Once one of Spain’s biggest banks (it sold its retail banking business to CaixaBank in 2014), Barclays was one of the first to declare its intentions. If you have a credit card with the bank and have been told that you will need to destroy it, you should note that you will still need to pay off any outstanding balance.

The Daily Telegraph reported in mid-September that British expats are facing a “banking lottery” if they are resident in the EU. As noted above, this will depend to some extent on which country you live in. The Bank of Scotland, for instance, will be closing accounts from November for British people living in Germany, the Republic of Ireland, Italy, the Netherlands, Portugal and Slovakia, but not necessarily elsewhere. The same goes for Halifax. Coutts will be closing accounts for Brits living in the EAA, but it is not yet clear when this will happen.

Around 13,000 customers of Lloyds are also due to be affected by account closures from November onwards. However, some Lloyds customers have been told by the bank that only business accounts will be affected, not personal ones.

Some banks are yet to declare their intentions. HSBC is currently set to continue offering services to British expats, and it has already transferred some accounts over to its French banking arm, according to The Telegraph. NatWest and Santander say that they currently have no plans to close any customer accounts.

The Financial Conduct Authority (FCA) has stepped in, since these announcements, and has informed banks that they must give at least two months’ warning to customers whose accounts are in credit. They note that some banks have not done this, resulting in a slap on the wrist from the FCA. Mel Stride, chair of the Commons Treasury Committee, has raised queries that have prompted action from the FCA. Its chief executive, Nikhil Rathi, has told the Treasury that banks are being reminded of their responsibilities.

You may still be able to keep your account open if you can supply a UK address for your British bank account, but you should note that some banks are insisting that this should be your main residential address.

Another option would be for you to open an account with another British bank – one that does not have these restrictions. However, bear in mind that your new bank may still restrict accounts in the future.

Alternatively, you may want to open a bank account with a local bank in your host nation, assuming you have not done so already. Expats have noted that it is particularly annoying to have to search for a local bank when your own UK bank has a branch in your town of residence – but operate on a different banking arm and are unable to help.

Customers who retain business or personal interests in the UK may not wish to conduct their UK-based banking from abroad, as they may lose money due to exchange rates. Moreover, some pension providers will only pay money into accounts that have a UK six-digit sort code. Moving money into a bank that does deal with overseas accounts can also come with difficulties. For instance, some banks will require a minimum balance, and this can be four figures. Currency exchange companies, such as Revolut and TransferWise, are helpful when it comes to moving money across borders, but they are not so suitable for storing funds.

If you have not heard from your bank already, it is wise to get in touch with them as soon as possible. You may wish to discuss the following points:

• will your account be closed?
• does this apply to business accounts only or also to personal accounts?
• can you keep your account open if you have a UK address that is not your main residential address?
• will you still be able to use your credit card?
• how will this affect incoming payments (for example, from pension providers)?
• what is the status of tax charges invoked from having to sell investments quickly?

Financial experts say that customers should refrain from knee-jerk asset liquidation. They recommend that expats seek advice from taxation experts and accountants with international expertise.