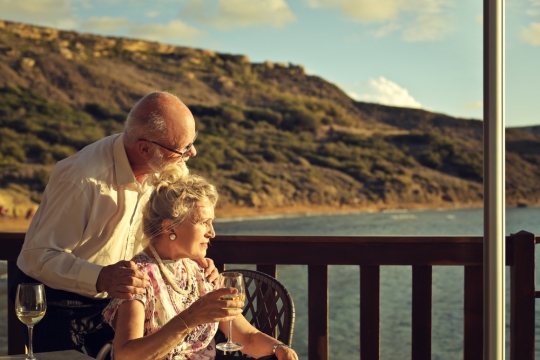 A source of heavy debate and speculation for British citizens in recent years, Brexit and its consequences have been widely discussed. The decision to leave the EU has sparked fierce and continuous debate, whilst the exact outcome is still hard to concisely predict. The latest news on Brexit has sent out fresh waves of concern and dismay for the British expat community, amidst worrying reports that it could become essentially illegal to pay private pensions to retired British expats living abroad if the UK fails to secure a trade deal.This suggestion was made by the Association of British Insurers, whose director general Huw Evans was quoted as saying: “That is a perfectly plausible risk in the future if no agreement is reached in some countries of the EU” when asked whether private pensions could be blocked under new laws following a no-deal Brexit.

With Theresa May’s recent ‘Chequers’ plan under heavy fire and the constant lurching between one unpalatable proposal and the next, it’s difficult at this juncture to predict the end result of Brexit. Having said that, there are certain aspects that have certainly been overlooked, and particular groups such as retirees and expats look set to be dealt decidedly a hard blow.

So what exactly does the most recent Brexit news mean for British expats in terms of their pensions? What repercussions can expats potentially face should an adequate trade deal fail to be negotiated?

What’s the potential fallout from Brexit for those receiving state pensions?

Due to the reciprocal social security agreements in place between the UK and the EU, receiving a state pension in the EU previously meant that pensions would still increase year on year in line with inflation, cost of living and so on, just as they would back home. However, depending on which trade deal (or lack thereof) is reached, we could see a situation similar to that of expat retirees living in countries such as Australia, New Zealand and Canada, where the state pension is frozen upon entry. Whilst a pension is still received, it does not increase yearly or rise in line with inflation or the economic situation. Famous cases in Australia saw expats retire in the 1970s and still receive pensions decades later that were as low as the equivalent of £6 a week.

A study conducted in 2014 found that there were some 1.24 million British people receiving state pensions outside of the UK. Of these, around 560,000 were residing in countries where the state pension is not up-rated (as it currently is within EU countries), including Canada, New Zealand and Australia. This shows the sort of scale we would be looking at should the current situation change in the wake of Brexit.

What’s the potential situation for those receiving private pensions in the EU after Brexit?

With the UK pension laws closely entwined with those of the EU framework, it is unsurprising that many are concerned about the potentially problematic repercussions Brexit could have on their private pensions. Without an appropriate deal, insurers and pension providers could see a lot of red tape, and possibly be legally barred from sending payments to those residing outside the UK. This would mean leaving policies and pensions dormant in their accounts while retirees would be unable to access the funds.

For pension providers, the future is uncertain. It’s difficult to predict the outcome, and therefore difficult for providers to decide what preemptive measures and precautions to take. Interestingly, on the flip side, EU citizens receiving pensions in the UK have been reassured by the government that their pension funds will remain accessible.

It has also been said that there could be various issues with banking, with some even suggesting that those residing in Europe after the final outcome of Brexit may not be able to access the money in their British bank accounts. Whilst this – as is the case with almost everything else to do with Brexit – is speculation, it still is a potential outcome. Even if that is not the case, many companies foresee issues in terms of transactions fees and lengthy processing times, which may sway you (if you have not done so already) to look at banking with an EU provider.

The situation currently seems to suggest that retirees and expats will be caught between a rock and a hard place until we know the exact outcome of the Brexit negotiations. One would hope, in wake of the recent heavy criticism, that the issue will be pushed more to the forefront, but whether that will happen remains to be seen.

If you are concerned, it would be prudent to seek professional financial advice, and potentially consider transferring your benefits to an EU-compliant structure, with such schemes as the Qualifying Recognised Overseas Pension Scheme (QROPS). If this is a viable solution for you, then you could also obtain a greater tax efficiency, as well as potentially benefiting from the currency flexibility it can offer. Consult with a professional financial advisor first, before making any decisions on whether to transfer your pension or move any of your money or assets.

Whilst the whole situation is no doubt concerning, what we have often seen since the result of the referendum is a lot of presumptions and scaremongering. Whilst it is wise to look into alternative options and have a plan in place, we must also try to have a little faith that the system would not put us in such a precarious system without warning.