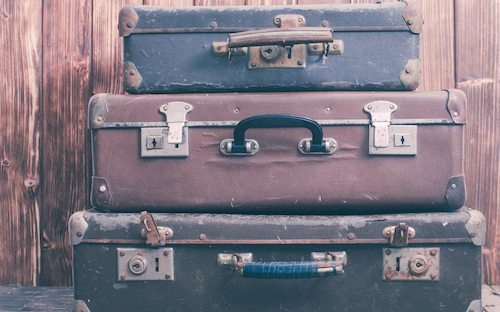 This question is often a hot-button political issue, with immigration quotas forming a core part of right-wing electoral agendas in particular. Brookings’ 2018 report on immigration says:

“Immigration policy is often hotly debated for a variety of reasons that have little to do with a careful assessment of the evidence.”

We need to unpack several questions. Why do we have quotas for immigration? How do such quotas operate? Do they actually affect immigration levels? And should we have them in the first place?

Why Do We Have Quotas For Immigration?

The majority of countries do, in fact, have some kind of limit on the numbers of people coming into the country. This is for two main reasons:

1. To control the overall population and stop large numbers of migrant workers arriving in a country, thus causing disruption and imbalance. It’s critical to note here that this is a precept of right-wing policy, whether or not it actually happens in practice.

2. To control the type of migrant workers who arrive. Australia, for instance, now needs more agricultural workers, so the country’s visa policy is being engineered to try to make that happen.

How Do Such Quotas Operate?

Quotas are modified and organised through visa applications. If you apply to work in a country in which you are not entitled to freedom of movement, you will need to apply for a visa or a residency permit which will be assessed by the Embassy or consulate to which you are applying. Some countries, for instance, impose quotas by specifying the skill sets they are looking for – which will depend on the needs of the nation. Most countries have a points system, meaning you must score a certain percentage to be eligible for entry.

The Brookings report tells us that quotas have already had an effect on immigration into the USA.

“Immigrants have always been part of the American story, though immigration has waxed and waned over time. Immigration during the second half of the 19th century lifted the foreign-born share of the population to 14 per cent. Starting in the 1910s, however, immigration to the United States fell precipitously, and the foreign-born share of the population reached a historic low of 4.7 percent in 1970.”

This was, says Brookings, a direct result of immigration policies coming into force, and this has continued, for instance with the 1965 Immigration and Nationality Act. Brookings says that unauthorized immigration in the early 2000s was estimated at about 500,000 but has since “dropped sharply to a roughly zero net inflow”.

It’s important to note that, when we talk about immigration, we are talking about a system that is in a constant state of flux. Native-born members of populations go to live abroad (there are thousands of Brits living in Europe, for example), and people may go to work in a country for a time, but then return home. It was estimated that a large percentage of Chinese residents in the UK returned home to Taiwan or Hong Kong to retire, for example, while Eastern European people often come to Britain to work for a few years before returning back to their native countries once they’ve made enough money.

Brookings also point out that the foreign-born segment of the US population appears to have risen due to declining birth-rates in the native-born population.

“Thus, the continued rise of the foreign-born share of the population since 1990 does not reflect a surge in immigration but rather a slowing migration rate combined with slowing growth in the population of children of natives.”

The report estimates that approximately three-quarters of migrant people are in the country legally, being by either naturalized citizens or by having residency.

As well as an official points system, some nations adopt more covert measures to limit immigration. Notoriously, the UK has apparently implemented a concept known as the ‘hostile environment’: a series of legislative and administrative measures designed to make illegal immigrants, but also people who have leave to remain, feel unwelcome and depart as soon as possible. In 2013, Theresa May stated that there was a policy of “deport first and hear appeals later”. Part of this was fueled by concerns about Baltic states joining the EU and thus creating a new, large pool of migrant workers with freedom of movement.

The morality of this must be left to the reader’s own conscience, but the hostile environment, combined with looming fears relating to Brexit, mean that many migrant workers have decided to return home. On a ruthlessly pragmatic level, therefore, it appears to be working, but on a policy level, it is considered by many civil servants to have been a disaster, due to adverse publicity over some of the policy’s unanticipated side effects such as the Windrush scandal.

Why Do We Need Immigration?

There are sections of American thought which say that the USA – a country which is, perhaps more than most, founded on immigration – needs more migration rather than less. The Atlantic says:

“Washington’s vision wasn’t primarily about charity or helping others. It was about building the kind of country that he wanted the United States to become. Greatness would require great people. America would need more than it had… Immigration to the United States has not, historically, been an act of kindness toward strangers. It’s been a strategy for national growth and national greatness.”

It has economic benefits, too. A significant decline in population is not usually going to be good for an economy. A panel of top economists interviewed by the University of Chicago’s Booth School revealed that only 9% thought that immigration did not raise average incomes for native-born workers. Migrant workers and native-born workers do not generally compete for the same jobs.

There are many issues surrounding the question of immigration, and those issues are politically loaded. In conclusion, quotas do have an effect on immigration – but that might not be the effect a nation needs.