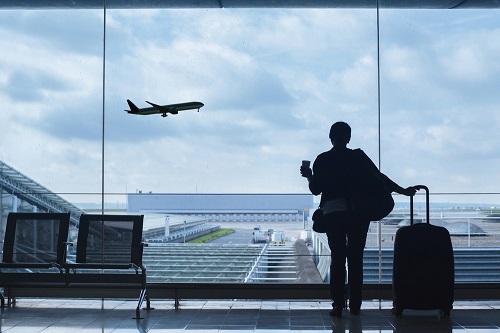 The spring and early summer of 2020 have been a time of limbo for many people, during which the social and working world has literally ground to a halt. With the imposed lockdowns in a number of nations, even travel within local neighbourhoods has proved impossible for many. So, what impact has Covid-19 had on moving abroad? And how has the pandemic, combined with other factors, such as Brexit, changed people’s thoughts around relocating?

The news surrounding this issue has been complex and conflicting – as one would expect, given that Covid has had an impact on all aspects of life. There have been reports that some expats living in Central American countries, such as Mexico, are keen to return to the States. This is mainly as a result of the better healthcare in the US and the rising crime rates in their host nations. Covid has further destabilised many economies that were already in trouble.

Other expats seem to have decided that it’s ‘now or never’, and they are looking to move once lockdown has been eased, either within their home country or to other countries. For example, estate agents in the UK report an increase in the number of people planning to move out of the cities.

Property website HousingAnywhere undertook a recent survey, which showed that 65% of young professionals and international students had not been put off the prospect of moving abroad by the pandemic. Timing was a minor issue, with 30% of those surveyed feeling that the numbers of people infected with Covid would need to fall before they made their move. However, overall, most said that they intended to go forward with their plans. There may be an age factor in this, given that younger people are generally less concerned about the health impacts of the virus.

Recent research from Canada Life suggests that older people planning to move abroad are more concerned about Brexit than Covid. Their most recent research indicates that around 46% of those planning a relocation are re-considering their choice of location as a result of uncertainty over Brexit. This is higher than the 39% who are re-considering their choice of location due to Covid. Brexit caused 44% of those surveyed to reconsider the viability of a move altogether, while Covid only caused 37% to do this.

With regard to location, the top five destinations are the same as they were before the pandemic. Spain tops the list, followed by France, Portugal, Italy, and the countries of South Eastern Europe, such as Greece, Cyprus and Romania. Weather, lifestyle, standard of living and cost remain primary factors. Longer-term fears about legislation seem to be predominating over health concerns when it comes to relocating.

To some extent, this is entirely understandable. The pandemic has coincided with the run up to Brexit, and now that the UK is, in the main, out of lockdown, people are keen to forge ahead with their plans. They look to either buy property or to set residency applications in motion, by renting somewhere to live in their host nation, before the end of the transition period. Companies running citizenship-by-investment programmes report a 45% increase, since the beginning of the pandemic, in people enquiring about acquiring a second citizenship. They say that these individuals all have a sense of urgency.

For expats from nations outside of Europe, Brexit is obviously not such a concern. However, there are still various other factors that can affect whether someone chooses to relocate, in addition to the pandemic. The group ‘Black Americans Living Abroad’ has reported a rise in interest among Black Americans seeking to leave the US after the George Floyd murder, for example. A record number of Americans overall have been renouncing their US citizenship, which seems to have less to do with political issues or the US government’s response to the coronavirus, and more to do with the impact of the Foreign Account Tax Compliance Act (FATCA). They say that anti-money laundering and counter-terrorism bureaucracy under the new legislation has made their citizenships too expensive to retain.

The US News reports that American retirees living abroad may have experienced pandemic-related issues beyond those involving healthcare. Some expats have not received US government stimulus checks, for example. Canvassing expats in South America, among other places, the press has learned that, unless you have a banking relationship still in the USA, the IRS may not have been able to send you any money. Therefore, if you are an American would-be expat, it is crucial that you consider where you are going to deposit your money once you have moved. Also, look at the issue of fluctuating currencies. Be aware, for example, that some of the cheaper countries chosen by expats can be prone to galloping inflation, and Covid could well be a cause of this over the months to come, as the pandemic impacts the job market and the wider economy. It is worth keeping an eye on exchange rates.

Healthcare is on everyone’s minds right now, and if you are intending to relocate, it is crucial that you sort out your health insurance before you depart. Many nations have experienced difficulties with their public sector healthcare, and there were issues even before the pandemic placed enormous strain on budgets, infrastructure and personnel. Moreover, many countries will insist that you have private cover before you can enter them on a permanent basis. Some private plans are now factoring Covid into their policies, so make sure that you discuss this thoroughly with your insurer.

Some expats have pointed out that people who decide to move abroad in the first place tend to have a ‘can do’ attitude and are not dissuaded by unforeseen crises. Many move to countries that have issues with infrastructure and climate, and such people often have a flexible and positive attitude.

On balance, although Covid-19 has been making some prospective expats think twice, the overall trend is likely to be an increase in the numbers of people moving out of countries such as the UK and USA.