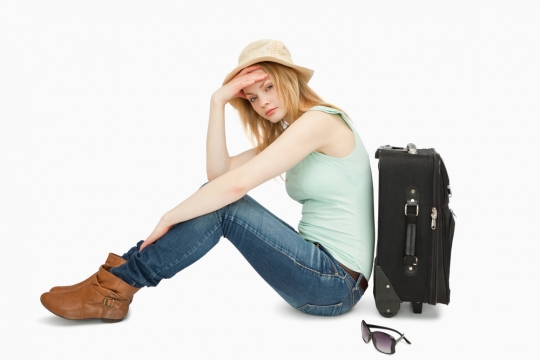 Living abroad can be a marvelous adventure. Expats often experience a honeymoon period, where everything about their adopted country seems enchanting and any niggles can be swept under the carpet in the excitement of moving abroad. However, as time moves on, it can be a different story – like a marriage that, once the honeymoon is over, settles down into a routine where the irritating habits of your partner can become glaring and magnified – and which can sometimes end in divorce!So what is ‘expat fatigue?’ It’s not a diagnosed illness, of course, and to an extent it’s an expected part of a major life transition – after all, moving house alone is supposed to be one of the three major stressors in modern life, along with bereavement and divorce. However, it is a recognised phenomenon, and it can have a significant impact on your life abroad.

What Are The Symptoms?

We’re all familiar with the phenomenon of ‘culture shock,’ which is defined as: “the feeling of disorientation experienced by someone who is suddenly subjected to an unfamiliar culture, way of life, or set of attitudes.” Small things can set this off – we all expect driving on the ‘wrong’ side of the road or having to deal with foreign bureaucracies to be tricky. However, other issues such as being unable to find a familiar food, or having trouble understanding the layout of the local supermarket can trigger a sudden disorientation.

Language barriers can also become a major cause of stress. Homesickness and separation from family and friends, even in this age of social media and Skype, can prove difficult. Differences in public hygiene can become a real source of irritation rather than the basis for amusing anecdotes. In the book Cultural Frontiers of the Peace Corps, researcher David Szanton comments that:

“Cultural fatigue is the physical and emotional exhaustion that almost invariably results from the infinite series of minute adjustments required for long-term survival in an alien culture.”

Migrants may find themselves becoming irritable, listless, and frustrated. They may drink more and sleep less, and start experiencing resentment and hostility towards blameless local folk, or even start reducing those people to stereotypes. Life can become boiled down to a series of unfavorable comparisons between your home country and your adopted nation, with the latter invariably coming off worse. People may start to isolate themselves into an ‘echo chamber’ of fellow nationals – in which case, you may as well have stayed at home! The wear and tear of normal daily life, along with the major stress of moving country, begins to take its toll. David Szanton, as quoted on Sundae Schneider-Bean's website, says:

“conscious or unconscious, successful or unsuccessful, [this process] consumes an enormous amount of energy, leaving the individual decidedly fatigued.”

If you think you’re suffering from expat fatigue, you’ve got several options.

Deal With It Consciously

Let nature take its course. After about six months to a year, people tend to normalise and stop noticing things that are different. Differences can become less aggravating as you slowly adjust. And you can adjust – to the point where you eventually experience culture shock whenever you go back home.

You can, of course, go back home. This is the most dramatic option, but in some cases may be the best answer. This isn’t admitting defeat, but may be a reasonable response to a change that turned out to be too great.

If you do decide to consciously tackle expat fatigue, how do you go about it? Psychologists have created a strategy based on an ‘ABC’ approach.

A is for ‘Affect’ – how is the transition affecting you? Are you sleeping less? Do you have digestive problems? Are there ‘red flags’ in your behavior, such as becoming snappier or experiencing depression? Do you feel isolated? If so, make a note of what you’re feeling. If this is the case, then taking active steps to improve your health – both mental and physical – can be beneficial. Eat regular meals, take some exercise, and make sure you build some ‘safe space’ into your day by doing something you really enjoy – perhaps something you did back home which you can reproduce in your new life. Habit and routine can be a comforting structure on which to build.

B is for ‘Behaviour’ – how is your behavior affecting your situation? Are you making an effort to fit in – learning the language, local customs, and trying to understand why your new neighbours behave as they do? Ask colleagues or friends if there’s anything you’re doing that might cause problems – people are usually happy to help and flattered to be asked.

C is for ‘cognition’ – basically, being aware of what’s going on in your own head and your own reactions. Being perceived differently – as a foreigner, as someone from a challenging culture – this is particularly the case in post-colonial countries, for instance – or as someone of lower status can be disconcerting; you no longer know quite how you fit in. Inequalities of wealth and health may also strike you. Try to be conscious of all this and start questioning your core assumptions – it’s natural, if we feel on the defensive, to dig into our own worldviews, but sometimes questioning as objectively as possible whether we’re actually the ones in the right can make a difference.

Don’t isolate yourself from your host culture and live in an expat bubble. You don’t have to throw yourself into your new country wholesale and try to turn yourself into a local. Having said that, some people do go native in this way – they are known as ‘adopters’ and are estimated to be about 10 percent of expats. While you might not want to be an adopter, bear in mind that people who reject the host culture tend to be the ones who have the most problems; and they can find it difficult to fit in when they return home, too. Around 30 percent of expats are referred to as ‘cosmopolitan’ – adopting the most congenial aspects of the host culture, whilst retaining significant elements of their own.

Ultimately, moving abroad is a learning experience, so treat it as such and make the most of it!