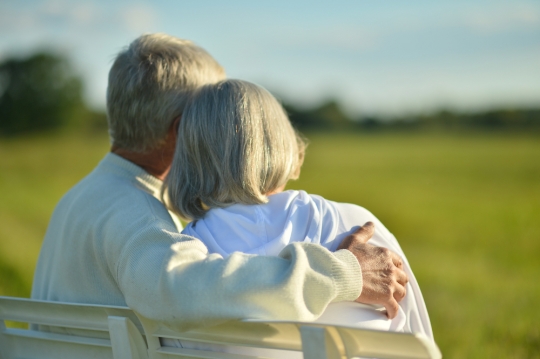 Brexit and its ramifications are obviously on many people’s minds at the moment, given the substantial uncertainty over a range of issues, including financial ones.With the possibility of a no-deal Brexit looming larger in the press, you may be wondering whether the UK’s withdrawal from the EU, and the way in which this is eventually done, will have an impact on your pension. Let’s take a look at some of the issues involved.

What Will Brexit Mean For My State Pension?

The state pension is unlikely to be affected by Brexit. However, differing governments keep moving the goal posts, meaning that if you’re under 50, you might be questioning how strong your pension will be when you eventually retire. This aside, Britain and the EU reached an agreement in 2017 about state pensions for UK nationals living in member states, and the good news is that pensions will continue to increase year by year and will not be frozen, thus eroding their value. James Walsh, of the Pensions And Lifetime Savings Association, says:

"The fact [this has] been agreed so early in the process indicates [it is] seen as uncontroversial, which will come as a relief to pensioners across the EU."

Moreover, unlike countries such as Canada or New Zealand, the agreement also covers expats who are resident in countries that are part of the European Economic Area: Norway, Iceland, Liechtenstein and Switzerland.

In addition to your actual pension, any National Insurance contributions you make while working abroad will continue to count.

What Will Brexit Mean For My Private Pension?

The main issue with Brexit is the uncertainty around the pound, which has been prone to volatility, perhaps as a result of the possibility of a no-deal Brexit. However, financial journalist Martin Lewis is reassuring:

“Pensions move up and down all the time, it’s just like house prices, the only day that really matters is the day you sell, when you cash it in. So yeah, your pension has dropped because the FTSE’s dropped, the FTSE may go up again. It’s just a paper drop, and markets move every day. They’re swinging bigger at the moment, they’ll stabilise, they may go down, they may go up, but that’s what you do when you put money in a pension.”

The main risk comes, Lewis says, if you choose to cash your pension in on a day when the markets are doing badly. He recommends that if you’re in employment, you consider seriously the possibility of an opt-in scheme, if your employers run one. This will, at least some degree, safeguard against issues with your state pension later on.

However, the issues aren’t just confined to market volatility. The regulatory side of pensions could also be affected. Ruth Bamforth, an associate at law firm Walker Morris, writing on the Pensions Expert website, points out that:

“Post-Brexit, UK-domiciled insurers will no longer legally be in the EU and, depending on the terms of any future UK/EU agreement, could be governed by independent capital and risk regulations.”

However, she also goes on to say that “Any legislative change would take time and for the moment, the UK regulator has made it clear it intends to remain closely aligned to Solvency II.”

The site suggests that disruption to pensions is likely to be minimal if you retire in the UK. But what if you’re a British expat?

In this case, the situation may unfortunately become complicated. Pensions Expert tells us:

“Certain European regulators have already set out a definition for ‘conducting insurance operations’ and, as a result, for some UK insurers, this may make it illegal to pay pensions to ex-UK annuitants now residing in certain countries.

“The UK government is aware of this issue, and the concept of ‘contract continuity’ is on the agenda as part of the myriad considerations impacting the financial services industry.

“Although fears of a ‘cliff edge’ in March 2019 have been reduced by the political agreement on a transition agreement, the ratification of that deal is still some months off.”

Insurers do have contingency plans, however, and these will remain in place until it becomes clearer what’s actually happening. Pension regulators will continue to monitor the situation closely. As Pensions Expert points out, a certain amount depends on how hard Brexit actually turns out to be. They say:

“If nothing else, pension schemes that wish to access or continue to access EU investment markets will need to comply with the relevant EU law requirements. From a practical perspective, Brexit’s effect on the UK economy will have an impact on scheme investments. At the same time it is clear the government is not looking to ride roughshod over EU law requirements any time soon.”

It is highly likely that existing legislation will remain in place, at least for a transitional period and probably beyond, given that the EU may well insist on some form of compliance. However, some experts point out that Brexit may result in a more liberal climate for pension schemes, which will no longer be subject to EU constraints. Caroline Legg, a partner at law firm Sacker and Partners also writing for Pensions Expert, points out that “In the long term, the impact on pension scheme funding will depend a lot on the value of gilt yields and whether they rise, as expected, faster than the market assumes. That would be good news for pension scheme funding.”

However, she is also of the opinion that Brexit may not ultimately have a substantial impact on pensions.

The general conclusion is that private schemes will be dependent on the financial market and any fluctuations in sterling caused by the withdrawal from the EU, but that those fluctuations are, of course, business as usual. In the meantime, Legg counsels, we should “keep calm and carry on.”

More information can be found here.