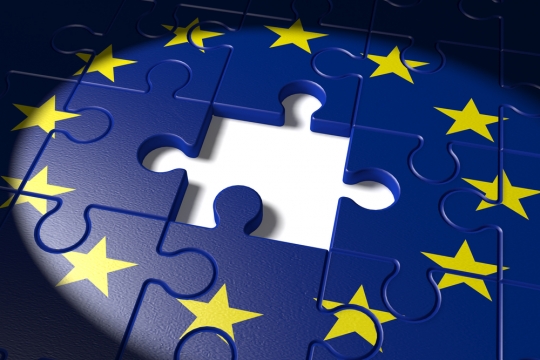 There was a long-running game-show in the UK, with a simple premise and a catchy title. Deal Or No Deal invited players to open a series of sealed boxes, each containing a cash amount. They could make a deal and walk away with this money; or players could refuse the deal and risk it all to chase a bigger, elusive jackpot.However, what made for compelling, exciting television makes for complex and high-risk economics. Britain is edging ever closer to her messy divorce with the EU, and the phrase ‘deal or no deal’ is still in the headlines and on the lips of political playmakers.

The stakes are high for British citizens, British businesses, foreign residents living on British shores and Brits who are living abroad. Very little is certain in the Brexit process – the only thing we do know is that there will be big changes for British people around the world.

The deadline is 11pm London time on Friday 29 March 2019. At 11.01pm, whatever changes are due to take place must start happening, unless all 28 EU member states agree to extend the deadline, which may be unlikely.

In late September, Theresa May took the ‘Chequers Plan’ to Salzburg for a summit of EU leadership. This plan, named after the PM’s official country retreat, was touted as the best deal for the UK and the best chance for a consensus between all parties. However, the plan was derided as ‘unworkable’ by France’s Emmanuel Macron and roundly rejected. Theresa May was then sent back to her drawing board to develop another plan from scratch.

With time racing by toward the divorce day, there is less talk about amicable deals and more talk about the panic and infrastructure collapse that could follow a ‘no-deal’ Brexit. In June, it was reported that emergency plans were being made for the ‘worst case scenario’ of a no-deal Brexit. So interwoven is the UK in EU rules that the supply of medicines and fuel, the right to fly over the airspace of EU members and the taxes paid for bringing goods into the country could be jeopardised by a no-deal exit from the EU.

This nightmare scenario planned to utilise military helicopters to ferry dwindling stocks of food and medicine to the most vulnerable, but did not stipulate how supply lines would be reinstated. With the NHS alone importing 37 million packages of medicines from the EU every month, this is a big unanswered question.

In an olive-branch gesture to the EU’s concerns about their citizens currently residing in the UK, May announced in October 2017 that all EU citizens legally resident in Britain would be allowed to stay. To this end, officials are currently working to register the details of an estimated four million EU citizens so they can be issued with ID cards.

The move, it was hoped, would inspire the EU to offer similar terms to British people living on the continent, allowing access to healthcare services as well as the right to reside.

A large proportion of the Brits living in EU member states are retirees, settling in the Spanish sunshine or enjoying the French joie de vivre. These elder expats currently rely on EU-wide deals to receive their state and private pensions without excessive levels of taxation.

In August this year, it was revealed that the ever-complex financial industries could be hogtied by a mess of legislation in the event of a no-deal Brexit. The Association of British Insurers (ABI), is concerned that insurance and pension payments could no longer be made directly to the EU accounts of British recipients. Huw Evans, Director General of the ABI said to the Independent that this: “is a perfectly plausible risk in the future if no agreement is reached in some countries of the EU”.

Pensions aren’t the only financial foible that Brexit may banjax. About 80 percent of the UK’s economy is service based, with the Square Mile of London’s financial centre earning nearly a quarter of the UK’s annual income. Unfortunately, the EU has already quashed proposals for a ‘financial passporting’ scheme, allowing financial institutions to trade freely as they do at present. This may mean that the economic might of Deutsche Bank, HSBC and Santander may switch their focus away from London, making Frankfurt the capital of global trade.

This would be a devastating shot to the British economy, and would also eliminate a host of expat jobs in the financial industry around the world. If this industry starts to shrink, we can expect to see Britain’s influence around the world shrivel.

Expats in Ireland are likely to feel the pinch first and worst. They are used to living in the only nation with which Britain shares a land border, able to travel and trade freely between Northern Ireland and the Republic. As yet, no decision has been made about how this border would be regulated. One hope is that the border could be a ‘free-trade’ zone, a gateway between UK and the EU for businesses to buy and sell. However, this seems an unlikely option as the very nature of a no-deal Brexit means that all trade deals would need to be re-negotiated with the EU as a whole.

A big unresolved issue for all expats will be the option to fly home. Leaving the Union means that the UK would no longer be compliant with EU aviation rules, potentially scuppering flights between the UK and the EU.

There are still many unknowns, and the planning required to decisively deal with any of these issues is likely to need more time than the UK has left. The transition phase following the deadline could potentially be treated as a small extension for these negotiations.

Even after leaving the EU, Britain is likely to continue paying some of membership dues and abiding by new EU legislation. Government planners argue that this would give the UK some say in these new rules. The EU disagrees, saying that as of 29 March, Britain becomes a silent partner in the Union, with no voice, no vote and no say in her future with the Union.