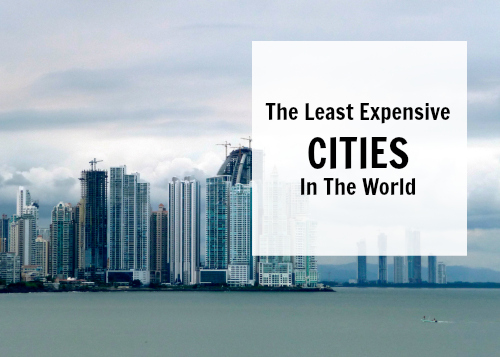 Relocation is of course not as simple as just changing your location; there’s a long list of things to consider when relocating, including culture, climate, language, infrastructure, safety, political and economic stability. However, near the top of the index is the cost of living. No matter where you live, you’ll always want to stretch your dollars to the furthest limit.Living costs would typically include rentals, utilities, transportation, healthcare, entertainment, groceries, and education. That’s a long list of considerations under the umbrella of living costs, which makes comparison and analysis a bit tricky. Rentals, for example, may be extremely low in one city, but groceries and utilities may be expensive. In addition, the proportions are usually different for different people – some may need to spend more on healthcare, while others choose to allocate a large chunk to entertainment.

When comparing another city or country to your own, you also need to consider whether you will be paid in the local currency. Living in some foreign cities may not be very economical if you are getting paid according to local standards. Lifestyle is another consideration that varies widely from one expat to the next – expats who want to maintain a western lifestyle may find that a cheap Asian city isn’t so cheap after all. In addition, many expats eventually intend to return home, which adds another complication: saving 30 per cent of your salary may sound very impressive, but that proportion of a Korean salary, for example, will probably not go very far if and when you return to the UK.

Nonetheless, broad comparisons are possible, and living inexpensively with a decent lifestyle is also possible if your relocation is well planned. Read on to find out about some of the cheapest cities in the world for expatriates, taking into account basic amenities and a moderate lifestyle within a monthly budget of $1000 to $2000 for two people. Prices have been compared to the US dollar to maintain relative stability. 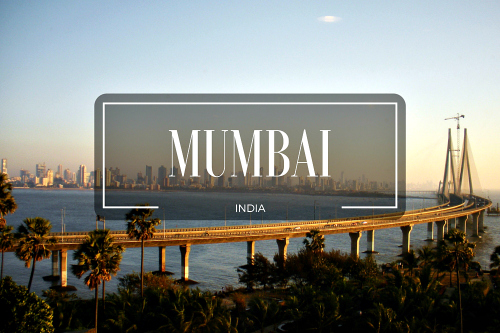 Mumbai, with its fairly good infrastructure and amenities, and a considerable expatriate community, is an affordable location to relocate to. The city has a diverse culture and an exciting social scene, with movies, clubs, shopping, and restaurants. You will find Mumbai a lot cheaper than New York or London. For approximately $1000 a month, one could live a comfortable lifestyle here. For full-time domestic help, just add another $100.

Housing Rent: Renting a one-bedroom apartment (approximately 550 sq.ft) in the busy suburbs of Mumbai would cost approximately $500. This would be cheaper by approximately $100 if one were to move away from the center of the city.

Utilities: Utilities would include electricity and gas. The cost would of course vary depending on the consumption and the number of people in the household, but in general, charges for utilities will range between $50 and $150.

Groceries: Your average monthly grocery shopping could add up to approximately $160-200 for two people, depending on your lifestyle.

Commuting: Using shared public transport such as trains, buses, or the metro (where available) is fairly inexpensive; however, you may not find the services very good in terms of reliability or comfort. Other modes of transport include auto rickshaw and cabs. Transportation varies considerably in comfort and cost. Buses are extremely cheap, and could cost less than 50 cents for a 10 km ride, but are usually not very clean or comfortable. An air-conditioned taxi would be much more comfortable, and would cost approximately $5 for the same distance. Using shared public transport could cost approximately $100 per month, excluding the occasional cab. Regular use of auto-rickshaws or cabs would cost roughly $200-250 per month for a 10km commute each way for work and a bit of additional, personal travel.

Eating out: A meal for two would cost anywhere between $10-20 at an average restaurant and approximately $40 at an A-grade restaurant. Food is cheap in general.

Entertainment: Movie tickets for two at an average cinema would cost approximately $11. 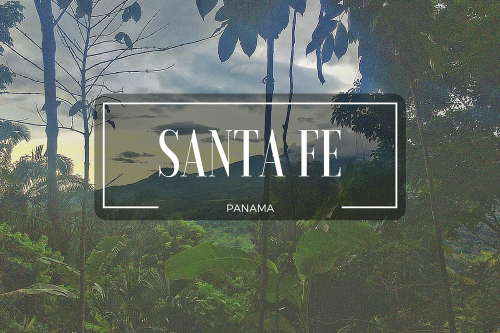 Santa Fe is located about 200 miles west of Panama City. A couple could live a comfortable lifestyle here on a budget of approximately $1000. Compared to the other popular parts of Panama, Santa Fe has a smaller English-speaking population, which is partly the reason for the low living cost.

The lush rainforest, rugged mountain-scape, waterfalls, hiking trails, and small expat population are some of the reasons you might want to relocate here. The locals are typically very helpful and will try their best to help you adapt. The city is blessed with a temperate climate, and the days are usually warm and sunny, while the evenings are pleasantly cool. The government has an excellent discount program for people who choose to relocate here on the pensionado (retired) visa, offering 50% discounts on entertainment, 30% off on intercity buses and trains, and 15-20% off on medical costs, to name just a few perks.

Housing Rent: The average monthly rent for a one-bedroom apartment would be $450, and around $600 for a two-bedroom.

Utilities: Average utilities would be $50 per month, including water, electricity, internet, and garbage collection.

Groceries: Stocking up on groceries for two people would cost anywhere between $150 to $200 per month.

Commuting: With plenty of buses and taxis, transportation is fairly inexpensive here. The average monthly expense on local transportation would be about $40-$60. Traveling by taxi within the central districts of city would average $3-4 per trip.

Eating out: A meal for two at your local city restaurant would be approximately $20 for two for a three-course meal at an average restaurant. Local beer would cost about $1 for half a liter, and would be cheaper still at grocery stores. A 1.5 liter bottle of water would cost $1.50.

Entertainment: An evening out at the cinemas is easy on the pocket, with movie tickets for two people costing about $6. 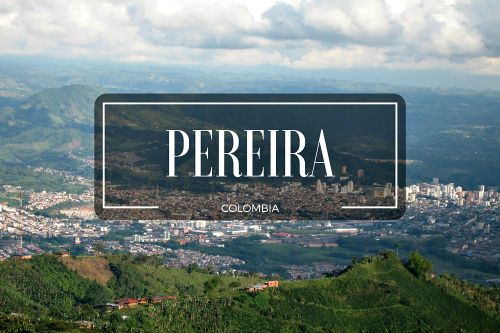 Although not yet as developed as Colombia’s bigger cities, Pereira has everything that you would want. Pereira is an interesting blend of industries, modern art and universities. It is comfortably nestled between the three main cities of Bogota, Medellin and Cali, so shuttling between these cities is a fairly convenient 3-5-hour drive. Pereira has a population of about 440,000 residents and has pleasant weather all year, with temperatures between 60F to 80F, although the occasional downpour can be expected. If you are an outdoors enthusiast you’ll have lots to do here.

Housing Rent: For a large one-bedroom apartment in a decent locality, the average monthly rent would be $135-200.

Utilities: This would include water, electricity, and gas, and would cost $30 per month on average.

Groceries: You could stock up on monthly groceries for a very reasonable $150.

Commuting: Transportation is inexpensive in Pereira, and buses, mega buses, and taxis are the most common modes of transport. You can hire a taxi across town for as little as $5. Some taxis may not have a meter, so it would be advisable to ask for the fare in advance; fare negotiations are quite common. Monthly ticket expenses by public transport would average around $30.

Entertainment: Movie tickets for two would cost approximately $6. Going to the theater is affordable as well; the best available seats cost $14 on average. 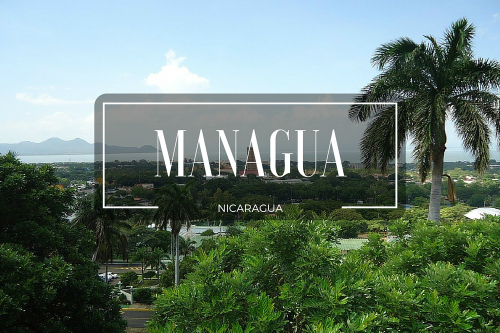 Nicaragua is one of the safest and most beautiful countries in the Central Americas, and Managua is the capital and the country’s largest city. The city has a tropical wet-and-dry climate, with temperatures ranging between 28 and 32 degrees C. With so much diverse beauty, including volcanoes, freshwater lakes, rainforests, and colonial towns, Managua’s charm is hard to resist.

The city is a major political, social, cultural, and economic hub in the region, and is fast transforming into a popular destination with top-notch amenities for expatriates. Spanish is the official language here, and it is widely spoken. You’ll find quite a few English speakers in Managua, but knowing some basic Spanish is advisable. As you move away from the major cities, you are less likely to find an English-speaking population.

Managua has huge potential for business and investment opportunities, and owning a business here is quite easy. Your business will get tax exemptions for up to 10 years if it is associated with the tourism sector. President Daniel Ortega is committed to a free-market economy and is eager to attract foreign investors.

Living in Managua is substantially more economical than living in other western countries, without needing to compromise on your lifestyle or standard of living. A stress free lifestyle and a low crime rate are added bonuses.

Utilities: Basic utilities would include electricity, water, gas, and garbage, and would cost about $95 per month. Internet rentals would average around $50 per month.

Groceries: Average monthly groceries for two would add up to $150.

Commuting: People in Managua usually travel to work by bus or taxi. The public transportation system has a good network and is easily available. Taxis do not have meters, and it is the normal practice to agree upon a fare before hiring. Sharing taxis is a common practice, although it is one you may want to avoid for safety reasons. (You will have to advise the driver if you do not wish to share the taxi.) A monthly ticket by public transport would be $12. A taxi trip on a business day for eight kilometers with the basic tariff would average around $10.

Eating out: A meal for two at an inexpensive restaurant in a business district would cost around $12. At a mid-range restaurant or in an expat locality, a three-course meal could cost about $40. 0.5-litre domestic beers would cost $1, and water would cost $0.58 for a 0.33-litre bottle.

Entertainment: Managua has an active and inexpensive social scene, with numerous bars, clubs, casinos, theatres, and cinemas. Two tickets to the movies would cost $9, and tickets to the theatre, with the best seating option, would cost $26 for two. 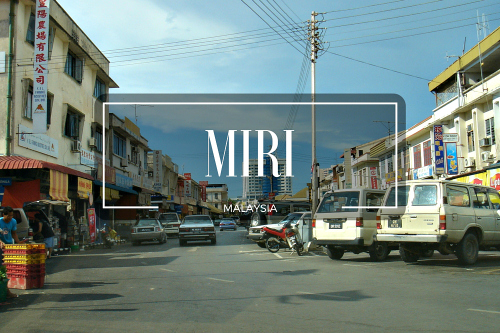 A coastal city on the island of Borneo, Miri is located near the borders of Brunei. It is the second-largest city in northeastern Sarawak Malaysia. Miri is the centre and origin of the Malaysian petroleum industry, and since the discovery of an oil field here, the city has rapidly developed. This prosperous oil town is busy and modern, but is also known for its exotic coral reefs.

The residents are about 40 per cent Dayak (mainly Iban), 30 per cent Chinese, and around 18 per cent Malay. Miri has a tropical rainforest climate; the average temperature is between 23°C and 32° C. The commonly spoken languages here would be English, Mandarin, and Malay.

Housing Rent: On average, monthly rentals for a 900-Sq.ft furnished accommodation in a normal area would cost around $400.

Utilities: Basic utilities would include electricity, water, and gas for two people, and would cost around $45 for a month. Internet rentals would average around $50 per month.

Groceries: Average monthly groceries for two would be $150.

Commuting: Miri has two bus stations – one for intercity/local and the other for long-distance travel. Local taxi services are also available. However, they do not use meters, and you need to fix the price before embarking on your journey. Monthly ticket costs for public transport (excluding taxis) would be $29.