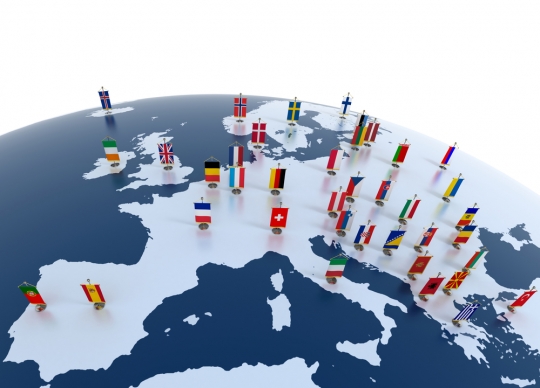 It’s been called “Brexodus”. Faced with an uncertain future and some outright hostility, EU citizens are leaving the UK in record numbers.

The votes were counted two years ago now, but the world is no closer to understanding exactly what the UK’s exit from the EU will entail. There is still wrangling and soul searching going on at the highest levels of government in London, much of which is spilling out of the corridors of power and onto the front pages.As Westminster argues with itself about freedom of movement and the future of trade with the UK’s nearest neighbours, the rest of Europe’s capitals are also raising concerns. Chief among them is the rights of their citizens living in Britain.

Figures from the Office for National Statistics estimate that 3.7 million people living in the UK are citizens of another EU country. This number represents approximately six percent of the population.

In recent years, many British politicians have put the subject of immigration front and centre. This nebulous term has been used to excuse every underperforming government department and paint a grim view of the future. Whatever the real impact of immigration on British life, control of it became a key campaign promise of the leave campaign. After leaving the EU, they said, the UK could limit the number of new arrivals and take control of her borders.

Now, even before any changes in border rules take effect, thousands of EU expats are abandoning the lives they built on British shores. From September 2016 to September 2017, more than 130,000 expats left the UK, the highest level for a decade.

The ‘Brexodus’ doesn’t yet represent a full-scale flight back to the continent. In fact, the same period saw 220,000 EU citizens move to the UK. Once the total numbers of leavers and new arrivals are compared, there was a net migration of 90,000 Europeans crossing the channel, the lowest figure for five years.

It’s not just the numbers that are changing. Not only are fewer EU citizens coming to the UK, but of these, fewer are motivated by looking for work. With so much uncertainty about the future of work rights in Britain as well as her business’ ability to trade with the continent, this is hardly surprising.

Immigration is always a complex issue, with a wide range of factors influencing the decision of where to live and settle. One person who is convinced the Brexit is to blame for the changing picture is BBC home affairs correspondent Danny Shaw. “What explanation could there be for the decline in EU migration other than Brexit?” He writes. “In the two years before the June 2016 referendum, the number of EU nationals arriving in Britain was stable at about 240,000 to 280,000. But every quarter since then has recorded falls, from 284,000 to 220,000.”

These figures mean that the rate of EU immigration to the UK is about the same as it was in 2014, but still well above the government’s own targets. This immigration obsession dates back to 2010, when targets were set to reduce total net migration to below 100,000.

Of all those who left the UK to return to their native countries, over three-quarters were EU citizens. This suggests that the majority of those leaving are going straight home rather than trying to settle in a third country.

The Guardian conducted an online poll, asking EU returners what motivated their move. Many of the respondents said they simply don’t feel welcome on British shores any more.

Martin Seeleib-Kaiser returned to Germany in 2017 after leaving his job as a lecturer at Oxford. “After having contributed to UK higher education for more than a decade,” he wrote, “I increasingly felt less welcome as the political discourse on ‘benefit tourism’ developed over the years.”

For Seeleib-Kaiser and others, the Brexit result and the discussion around it showed an unpleasant side of UK politics. Krzysztof, a Polish aerospace engineer wrote, “Brexit felt like a massive spit in the face to all who are not British. It was a shame that after 10 years of living in a country I thought was my home, I’ve been so brutally asked to get out.”

Others wrote about feeling dehumanized, and perceiving that their rights to live, work and raise a family were being used as bargaining chips in clumsy negotiations.

With no firm decisions made about the shape of the post-Brexit world, EU expats may decide to take control of their destinies and move home on their own terms. This could see net EU immigration drop again.

Caroline Nokes, Immigration Minister, told the BBC that this process would be positive for the economy, suggesting that the “brightest and best people” are still attracted to life in the UK. “We want to have great relations with our European neighbours going forward but at the same time we need to have a sustainable migration system,” she said.

Less positive, however, is Jonathan Portes. This Economics Professor at King’s College London took to Twitter to conclude the opposite, that EU citizens no longer saw life Britain as a positive thing. He wrote, “the UK has become significantly less attractive to European migrants: bad for the UK economy and for public services”.

The figures also prompted various business groups to express concern about being able to find the staff they require. The Institute of Directors, the Manufacturers Organisation and Confederation of British Industry (CBI) all released statements expressing concern about the future of British business. “To compete, the UK needs to be somewhere that people want to come to work, and regrettably, increasingly it isn’t,” said Neil Carberry of CBI.

Until a clear plan for the future of UK’s relationship with EU is agreed by all parties, it seems that the uncertainty will continue to make life in Britain a less attractive option for EU citizens.