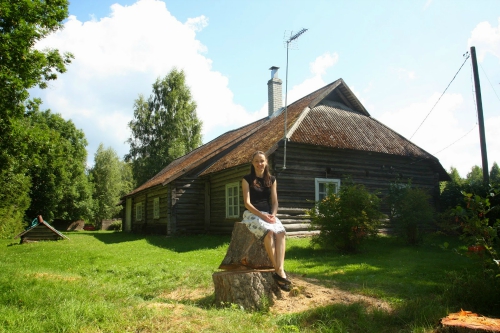 My name is Tania and I am an Estonian Australian with a passion for travel, writing and creative pursuits. I studied media and communications at university and went on to work in film and television. Before I left Australia I had a fantastic job organising film festivals. For the past five years I have been writing my blog, Estonia Paradise of the North, in which I cover a range of subjects on the beautiful country of Estonia.Where, when and why did you move abroad?

I have always been a traveller. I grew up in Sydney and first went overseas when I was 21. l’ve lived in London several times as well as Berlin. I moved to Munich in September 2011 after deciding to experience the unique Bavarian lifestyle.

All the formalities. Learning how things are done in the new country compared to what you are used to back home. Once you get over the frustration and understand the system, life gets a lot better.

Yes, I’m aware of them but I’ve never met them. Munich is a hotspot for tourism and many different languages can be heard on the streets. Sometimes I detect an Australian or Estonian accent and think wow – you’re a bit far from home!

The Bavarian lifestyle is quite unique. People work hard here then like to dress up in the regional costume (Lederhosen or Dirndl) and attend a fest. Whether it’s the Oktoberfest, the Spring Fair, Fasching or Auer Dult – there is always an occasion to dress up in Munich! When I first arrived in Munich I didn’t like the fact that all the shops were closed on Sundays but I eventually got used to it. Bavarians enjoy a very balanced lifestyle. Work hard, play hard.

The distance from home. I love living in Europe but sometimes I really miss my family in Australia. I am the eldest of six children and whenever we get together we always have so much fun. I haven’t seen my family in four years and I have missed out on so many Christmases, birthdays and special occasions. I have two nieces I have never even met. Next year I am hoping for a big family reunion!

Language, government bureaucracy and people’s directness. Germans are not known for sugar-coating their opinions and often give a direct answer to a direct question. To an English-speaking person these answers may sound rude due to the bluntness in which they are uttered but the truth is these answers are honest and direct. Initially one might be offended by such words but once you understand the culture and mentality, you will come to accept this as quite normal.

Germany is a great country full of economic opportunities and historic treasures. The cost of living in Germany is considerably less than it is in Australia. Groceries in particular are very cheap, for example a punnet of blueberries in Germany ranges from 89c-1.25c compared to $5.00 in Australia.

Being based in central Europe has enabled me to travel to some fantastic travel destinations in recent years – I’ve been to Salzburg, Verona, Strasbourg, Paris, Pisa, Prague, Zurich, Ljubljana, Liechtenstein and Tallinn many times. Many of these trips were weekend getaways that I would never have been able to do if I was living in Australia. I absolutely love travelling to Estonia whenever I can, it has become a second home for me. Each time I go there I discover something new then share my experiences on my blog. Tallinn is a winter wonderland at Christmas time and I hope to be back in December to enjoy the festivities and stock up on some treats for my family.

You can keep up to date with Tania's adventures on her blog, Estonia Paradise Of The North.