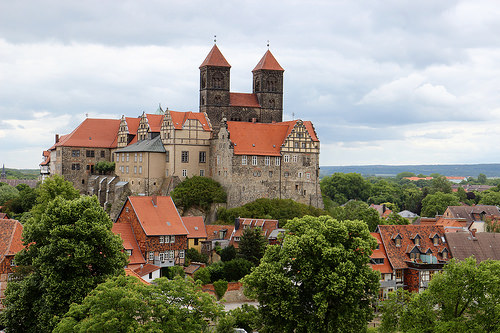 Germany has always been perceived as a captivating land with its majestic architecture and thriving cultural life. The great German cities of Berlin, Munich and Hamburg, as well as its smaller towns such as Regensburg and Heidelberg, are some of the most visited destinations in the world.

But there’s a part of Germany that is lesser known. These quiet destinations rarely figure in tourist maps, and they sit within the country’s hinterland like undiscovered gems.We asked Andrew Eames from GermanyIsWunderbar what life in rural communities has to offer that city life can’t.

“Thanks to two world wars, many of Germany’s big cities are not good shop windows for a nation which has some fabulous historic towns and villages. Of course rural life is always going to be more traditional, more ‘typically German’ than city life, but community life is the countryside is strong. So while it is easy to lose yourself in a city and not meet anyone, that is not the case in rural life, where your neighbours will be very curious about new arrivals. Altogether a more authentically German experience!”

If you’re moving to Germany and looking to experience the authentically German lifestyle, here are five places you might want to consider.

Elztal
A municipality located in the Neckar-Odenwald district, in Baden-Württemberg, Elztal is blessed with spectacular natural beauty. It was named after the valley of the river Elz. The nearest district cities are Heidelberg in the north and Heilbronn in the south.

The Romans played an important role in the town’s history, as is evident in the two roman forts that still stand today in the Odenwald area of northern Baden-Württemberg. The historic legacy of the Romans in Elztal is on display at the Elantia Museum. The Kandel Mountain is visible from everywhere in Elztal, while other notable peaks are Hörnleberg, Hornkopf and Brend. This makes Elztal an ideal location for outdoors activities like mountain biking. Waldkirch, at the heart of Elztal, is sometimes referred to as the ‘city of organs’, due to its long tradition of organ building and restoration.

Quedlinburg
Quedlinburg bears the impressive title of ‘birthplace of a nation’, for this is where a German king, the Saxon Duke Heinrich, was elected monarch of the whole of Germany. Quedlinburg is a small town, with about 23,000 inhabitants, that exudes old-world charm with winding cobblestone streets, lined with half-timbered homes. These houses have been restored using the original building materials.

Quedlinburg, located in the west region of Saxony Anhalt, sits atop a couple of hills, with the river Bode flowing through the center. The main square, called the Markt, has many medieval and renaissance structures. Castle Hill is a particularly attractive location in Quedlinburg. It consists of a steep hill leading up to a castle that provides beautiful views of the entire town.

Freiburg
This city, located in Baden-Württemberg, is located at the edge of the famous Black Forest. An old German university town, Freiburg serves as a convenient base from which to travel to the rest of central Europe, since it is extensively connected with road and rail systems.

One of the main sights in the city is Freiburg Minster, one of the oldest monuments in Europe. Featuring a slender tower with open-worked pyramids, this is the only Gothic church tower in the country completed during the Middle Ages, and which survived the bombing raids of World War II in 1944. An important part of the town is the Freiburg Bächle or small canals, which were previously used to transport water for industrial use. If Freiburg is where you want to live someday, make sure to step into one of the canals; the popular belief is that those who do this have not visited Freiburg for the last time.

Amorbach
The Baroque town of Amorbach is known as a ‘jewel box’ of architecture. It was originally a Benedictine monastery, which slowly grew into a settlement and then into a town by 1253. Located in the Regierungsbezirk of Lower Franconia in Bavaria, Amorbach consists of cobbled narrow streets, half-timbered houses, beautiful churches and an ancient town hall.

The town itself is perched at the edges of the Global Geopark Bergstrasse-Odenwald, with the surrounding forests lending extra natural beauty. There are nearly 35 well-marked hiking trails that enable exploration of the landscape around Amorbach and the neighboring communities. The world-famous baroque Stumm Organ, built by the Stumm brothers, is still played daily in the Benedictine monastery.

Wismar
Wismar on the Baltic Sea coast was the setting of the famous 1922 vampire movie, Nosferatu. It was deemed a UNESCO world cultural heritage site in 2002. Founded in the 13th century when Germany colonized the Slavic areas, Wismar came under Swedish rule during the war between 1618 and 1648. It held this status until 1803. Wismar’s heritage dates back to the Middle Ages, and this can be seen in its old homes and the beautiful St. Nikolai Church, a stunning brick gothic monument.

Are you thinking of moving to Germany? Would you rather move to a city or a rural location? Share your thoughts in the comments.