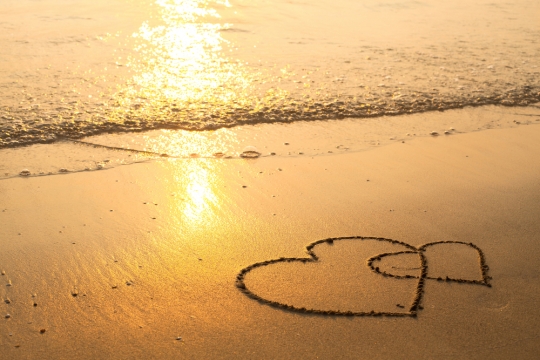 Dating can be confusing no matter where you are. Now double that confusion; you’re dating in Deutschland!

So confusing is the courtship here that there is even a song about it.One of Germany’s rare ventures into pop music, the song Aurélie is about a French woman’s experience of dating in Germany. For expats in Germany, especially women, this song will probably be an alarmingly accurate anthem of your experience.

Die Deutschen flirten sehr subtil –– German people flirt very subtly. This is the first and most important thing to remember while dating in Germany.

You could attribute this to a whole plethora of German stereotypes: the reserved nature of German people, their respect of privacy, their disdain for dramatic sentiments.

However, according to a 2008 survey from the online dating site Parship, shyness is the real problem. A total of 36 percent of German men surveyed said they thought shyness hampered them from finding a partner, roughly 10 percent more than the EU average.

There is no shortage of anecdotal evidence to support this. Go on any expat forum or group and you’ll find comments from women perplexed about the fact that men simply don’t approach them in Germany.

The fact of the matter is that German men can be very shy. Ladies dating in Germany will need to stop relying on men to make the first move – or they might find themselves waiting a long time! German men are typically not the type to prowl bars and nightclubs waiting to use their latest pickup lines. I’m sure I won’t be the first to say this really isn’t such a bad thing.

The German Art Of Subtlety

Well, it’s definitely subtle. This goes for flirting with both men and women. You might have noticed already that German culture isn’t big on touching. Instead of opting for a hug or kiss on the cheek, as often happens in the Anglosphere, German people usually settle on a nice formal handshake.

This physical distance does not disappear once we enter the realm of romance. However, don’t take the absence of physical gestures – such as a touch on the knee or a shoulder graze – to mean that your date is wholly uninterested.

Rather than relying on overt physical gestures, pay attention to more delicate messages. The significance of a look should not be underestimated! A lot of information can be gleaned from coy smiles and lingering glances. Learn to trust your gut to read the connection. And remember, the person you’re interested in doesn’t need to be drooling at your feet to prove they like you.

In contrast to many other countries, bars and clubs in Germany are not necessarily hot spots for meeting prospective dates. If you haven’t already, you’ll soon find that getting close to someone in a club or even just asking them to dance are not approaches that will prove particularly successful. In Germany, private space is holy.

If you are interested in someone on a night out, or anywhere for that matter, the best way to approach them would be to simply begin a conversation. You’ll have to overcome your shyness though, because many German people won’t.

Another bump in the road for prospective Deutschland daters is the question of language. With atypical ambiguity, the German language doesn’t really have a very clear term for ‘date’. That is, it doesn’t really differentiate between romantic or platonic meetups.

Luckily, we live in the 21st century, where online dating makes this issue a lot simpler. This takes much of the stress out of knowing when and where to try out your newly learned subtle flirtation techniques.

Online dating is huge in Germany.

The most popular websites and apps for online dating vary according to age group. Tinder is popular among young people, whereas OKCupid is preferred by daters in their 20s and 30s. EDarling and Parship are more popular among the 35+ bracket.

This site has a breakdown of the benefits and features of six of the popular online dating sites in Germany.

In matters of dating, German people are the tortoise, rather than the hare. Slow and steady wins the race.

Dating often starts out low key with a meeting for coffee or ice cream or simply a walk in the park, rather than candlelight dinner and drinks.

On the topic of taking it slow, don’t show your interest to a German person with a grand profession of love; this won’t come off as romantic so much as insincere. And if there is one thing that will not go down well in your quest for a perfect partner in Germany, it is insincerity.

German people tend to be straight-forward and hold honesty in high esteem. Rules such as waiting three days before contacting someone you’re interested in do not carry weight here. In fact, mind games and rules of dating are generally seen as rather juvenile, and expats would do well to rid themselves of such practices.

For instance, if you’re expecting a serious conversation about where the relationship is headed on your third date, you might be disappointed. There are far fewer cultural norms around what comes where when dating in Germany.

Germany is progressive in terms of gender roles, which is an especially important cultural standard to consider while dating.

German women will not expect men to pay for their dates and will often offer to split the bill. That is not to say, however, that being generous is not welcomed. If you buy dinner, let your date buy the next one. We all appreciate generosity more within the agreement of equality.

In general, a macho man attitude will not impress many women here, who prize their self-sufficiency and independence and who may see this kind of attitude as patronising, demeaning and outdated.

Luckily for expat ladies, cooking and cleaning are seen as a standard expectation for German men, so expat males may have to step up to the bar. Furthermore, men are expected to do their fair share of housework without having to be asked repeatedly.

What German People Appreciate In A Partner

Honesty
The 2008 Parship survey revealed that German people prioritise honesty and loyalty when looking for a partner.

This appreciation of honesty means that generally German people don’t like to overstate things, or have things overstated. It is therefore important in the early stages of dating not to exaggerate or over promise. Be frank about how you feel, rather than promising the sky. In all likelihood, such statements will not be taken as romantic and grand, but dishonest.

Confidence
The Parship study also showed that single German people rate confidence as an attractive quality more highly than people from any other European country. Therefore, you’d do well to add this to the list of reasons to overcome shyness on your quest for your perfect German partner.

Moderation
Too much, too soon is a definite no-no in Germany. People from this country are quite reserved so don’t expect declarations of love after a few dates even if the sparks are flying. This does not mean they don’t like you – it’s just that dramatic professions of emotion are not culturally encouraged.

Learn to trust your gut: if it seems like they like you, they probably do. Just don’t make them shout it from the rooftop.

Sensitivity
German people can be very funny, but unsurprisingly, they tend not to find World War II or Nazi jokes particularly amusing.

Punctuality
Be on time for your dates. Or better yet, five minutes early. Just do it.

Getting Serious
On average, German people tend to have 2.6 relationships before they commit, according to the 2008 Parship survey. This is the highest average in Europe. That is to say, German people like to test the waters before diving in.

By the same token, marriage is definitely not seen as a romantic pinnacle to be rushed towards. Many couples in Germany stay in committed long-term relationships for years before marrying, if they ever decide to. Likewise, it is not uncommon for unmarried couples to have children in Germany.