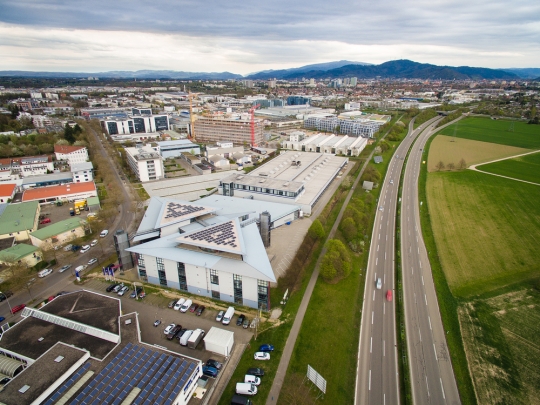 One of the most common challenges that people face when moving to a new country is getting used to the new rules of the road. Firstly, you may have to jump through some hoops to exchange your license, which may even include retaking your test, depending on the country from which your license was issued. Secondly, paperwork aside, driving may be a little different in your new country compared to what you were used to at home.Many expats say they struggle when they relocate to a country that drives on the opposite side of the road to them, which is understandably daunting at first. However, don’t worry, it does get easier with practice. We’ve compiled this handy guide to tell you everything you need to know before you get started driving in Germany.

Can I Use My Current Driver’s License?

The answer to this question depends on where your driver’s license was issued.

If your license was issued in any of the EU or EEA countries or territories, you should be able to use it without any issues, and exchanging your license for a German one should be a straightforward swap. However, it is not necessary to exchange your license, meaning you can continue to use your original license in Germany until it expires if you prefer.

If your license was issued from outside the EU or EEA, you should be able to use it on arrival for a period of up to six months. However, you may need an International Driver’s Permit (IDP) as well as to have your license translated. If you don’t intend to stay in Germany for longer than one year, you can apply for a six-month extension on top of the automatic six months. However, if you are going to be staying for more than a year, you will need to apply for the German driving license or Führerschein.

Citizens from the following locations can simply exchange their license for a German one:

However, people from the US states of Connecticut, Florida, Indiana, Minnesota, Mississippi, Missouri, Nebraska, North Carolina, Oregon, Tennessee or Washington DC are required to take a written test – but not a practical one – before they can apply for a license exchange.

If your home location is not listed above, you may be required to take a written test, practical test, or both, and to commit to a stipulated number of driving lessons in Germany. These tests and lessons can be done in English.

If you are unsure whether your license needs to be translated or whether you need to take a test, check first with the appropriate issuing authority in your home country. The translation will need to be done by the ADAC – the German national breakdown and recovery service – or by an equivalent internationally recognised motoring organisation.

How To Get A German Driver's License

You will need to apply for the Führerschein (German license) from your local driving licensing office (Führerscheinstelle), which is usually located at your local Bürgeramt (district city hall) or Rathaus (city hall). If you are unsure where this is, search for the closest Führerscheinstelle in your area or use a local phone directory.

In order to exchange your license, you must be a minimum of 18 years old, and have held your license for at least six months.

The official EU Website states that you will need to bring the following documents when applying for your license exchange:

Depending on your country’s licensing agreements with Germany, you will usually have up to three years to apply for an exchange.

What Side Of The Road Do They Drive On In Germany?

German people drive on the right-hand-side of the road. The steering wheel is located on the left-hand side of the car, unless the car has been imported from another country where drivers use the opposite side of the road.

What Else Do I Need To Know?

Mopeds, bicycles and pedestrians as well as any vehicles that travel at less than 60 km/h are forbidden from driving on Autobahns. When driving on these roads, do not overtake in the furthest right-hand lane. Slower vehicles stay in the furthest right-hand lane, and there are no U-turns, backing up, parking, or stopping. Usually there is no speed limit as such on the Autobahn apart from certain marked sections, such as if there is a sharp curve in the road.

Most cars in Germany (and Europe) are manual. Automatic cars are available, but most people drive manual cars, also known as ‘stick shifts or ‘stick gears’.

German roads are considered excellent but are generally narrower than American roads.

It is against the law in Germany to drive whilst using a cellphone unless you are using a hands-free set. This includes when you are stopped at traffic lights.

Children under the age of 12 must sit in a child safety seat when in a car.

One thing that many expat drivers find confusing in Germany is that right turns at intersections are not permitted unless there is a green light indicating to do so, or a separate light below the other lights that shows an arrow. Ensure you only turn right when the arrow lights up green.