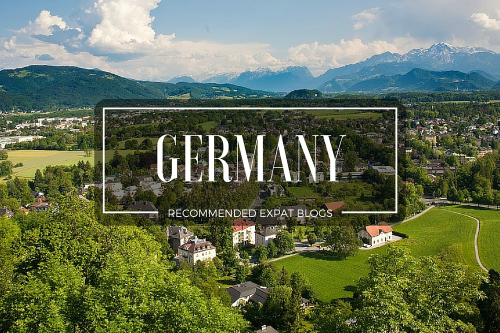 At Expat Focus, we like to be on the lookout for resources around the web that could help prospective expats adjust to their new countries. Today, we’re taking a look at Germany and some of the blogs that might be useful for expats there.

Aaron and Meghan say that they are just an average, twenty-something married couple, but scuba-diving addicted engineers who moved from Detroit to Germany after a quick discussion aren’t run-of-the-mill expats.Blogging their adventures, they share tips on how to drink with Germans, the rules of picking bi-nationality baby names (for instance, one rule is that the name may not endanger the wellbeing of the child) and the oddness of throwing Thanksgiving in a pie-free country.

Professional travel blogger Laurel believes that adventure travel is the key to transformation. Originally working for a university in Calgary, Canada, she dreamed of an escape from long winter months – booking a swimming session with sharks, on the same trip she met a German who whisked off for a life of escapades and adventures in Europe. With a selection of expat tips and advice on active ways to explore Europe, Monkeys and Mountains is a fascinating read.

Ebe and Ian are Seattle expatriates with a penchant for mischief and an addiction for travel. Alongside their everyday adventures, with a Berlin-specific resource page, advice to aspiring expats and some rather unique German housing experiences (including starring in a TV programme), Back to Berlin…and Beyond is a wonderful journal of their experiences.

Having lived in Germany for 3 years, Danielle hasn’t just fallen in love with a local lad, but the language chicanery of Deustchland. Whether she’s trying to express the unexpressable in England and resorting to German, or revelling in 45-letter words, expat life for this American-born teacher has changed in many unexpected ways. Share her linguistic discoveries and a plethora of travel adventures.

An Australian Mum living a long way from her native kookaburras, Liv is a writer living in the north German city of Kiel. As an honoury Kielerin, she has discovered a non-tourist side to Germany – beaches, seafood, sailing and water-sports, harbours and ports, fjords and strange seafood dishes – all whilst discovering what it’s really like as an expat.

Lehrer Werkstatt focuses on living and teaching in Germany. Initially Kathleen’s impression was how similar Germany was to her American home, but before long she began to get under the skin of the weird and wonderful differences of a land where beer is often cheaper than water.

Living in the land of pretzels and punctuality seems to agree with Alex, a non-German-speaking Texan who intended to live short-term in Deustchland, but has found herself still there 6 years later. This ‘Texpat’ blogger/student/small business owner shares her adventures and tips (such as how to find a student job in Germany and the real experience of flat hunting in Munich) whilst she pursues a Master’s Degree.

About to become a Mom to her second child, Sarah blogs as an American girl in Hamburg. She shares her daily life, DIY, unusual pizza presentation practises, newly developed habits and general musings on life in Germany.

Subtitled ‘The Misadventures of an American Expat and His Wife in Germany’, this blog is a no holds barred collection of stories and musings that began many moons ago as a collection of quotes and ‘Denglish’ mistranslations. Including including posts about culture shock, life as an American expat and a healthy helping of sarcasm, posts will change Monday mornings forever.

Vlogging is taking the world by storm, and clips containing hilarious tips on deciphering the language and culture of Germany are definitely the best way to learn. ‘Get Germanized’ is the place to be entertained and come away with more skills without noticing the education process. Or laugh. One of the two guaranteed…

We’re always on the lookout for more sites to feature – if you run a blog about living in Germany, leave us a link in the comments and we’ll take a look!