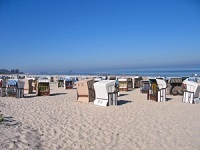 There’s so much to do in Germany, from exploring the grand Alps to relaxing in the many luxurious spas. Then there is art and architecture to discover and also some great culinary experiences to have. But sometimes the real essence of a country is tucked away in places that are off the tourist maps. These can be hugely rewarding experiences and something you will remember long after your stay ends. Here are some uniquely German experiences that every expat must try before returning home.

The biggest little museum in the world

The Miniature Wonderland in Hamburg is often skipped in many guidebooks, but it’s something truly worth discovering.It covers two entire floors of an erstwhile brick maritime warehouse and is the world’s largest model railway system. Different countries and even a miniature airport are represented here. The Hamburg section, which covers all of 200 meters, has all the city’s main attractions. The Wunderländer or the city’s inhabitants are more than 50,000 in number and 1,500 trains arrive daily at the Hamburger Hauptbahnhof, the main railway station. You can even get glimpses of other famous sights in the world such as the bright lights of Las Vegas or watch a rock concert or a soccer game in action.

Sunbathe on the Baltic coast

A beach holiday in Germany? It’s not as farfetched as it sounds, because the Baltic Coast has about 2000km of sandy beaches complete with lush scenery that includes forests and cliffs. Islands such as Rügen and Usedom are popular spots for beach vacations. Rügen is also known for the spectacular limestone cliffs that belong to the Jasmund National Park. More towards the east of the coast is Usedom, a hotspot for families. The attractive architecture, promenades and villas make it an ideal place for a relaxed getaway. Just off Rügen is Hiddensee, a charming beach with a beautiful lighthouse. The little resort of Heiligendamm could also turn out to be your favorite with its quaint white buildings set against the pristine sea.

Located near Dresden, this park has one of the most beautiful landscapes in the world. If you’re into rock climbing, you can choose to explore any of 700 summits. You can even hike using the marked paths or simply ride a bike along the many cycle routes. The park is especially known for its eroded sandstone formations that give it an almost otherworldly appearance. This landscape is actually the result of being subjected to natural elements for more than a 100 million years. At the foot of the cliffs, there are fields and forests, and an abundance of trails that can be used for hiking. The climate in the park is subject to a phenomenon called climatic inversion wherein the mountains actually have a warm climate, while the valley floors are cooler and moister.

Brewery at the monastery

The Andechs Monastery is a monastery with a difference. Apart from being a renowned cultural center, it is also the producer of seven varieties of their own beer, called the Andechs Monastery beer. A visit here can turn into a gastronomically satisfying experience as it begins with a brewery tour followed by beer tasting in the Bräustüberl or traditional Bavarian pub. Individual travelers can enjoy the tasting in the monastery’s very own restaurant, Klostergasthof, which also serves up some delicious Bavarian fare. The distillery at the monastery also produces some liqueurs that are bound to tickle the taste buds. Andechs is located a little over an hour away from Munich by public transportation. There are also guided tours available that include the Andechs Monastery.

Where the cuckoo clock was born

When visiting Germany’s famous Black Forest, you simply must explore the German Clock Route. Apart from being a lush green woodland and a popular holiday spot, it is also the birthplace of the cuckoo clock. The route covers a 320km circular road that travels around the town of Villingen-Schwenningen that sits at the beginning of the Neckar River. It used to be the largest clock-making town in the world. There are two museums here dedicated to the history of clock-making in the town. There are also shops where beautifully intricate clocks are still made by hand.