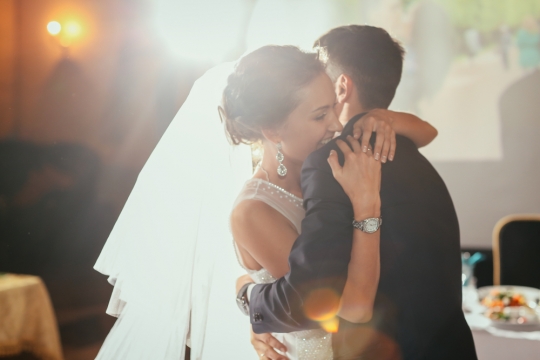 Marriage: where romance meets red tape. Whether for love or visas, marriage is a subject that eventually comes up for many long-term expats in Germany.

In line with Germany’s enduring badge of baffling bureaucracy, performing the holy union here is hardly simple. This is especially true when one or both partners are not from the country. That being said, it is a well traversed path (and for many, the most direct route to a residency permit) so with the help of this guide, your journey towards matrimony will be completely manageable.This article will cover the documentation you will need to marry in Germany, where to do it, what it will mean in terms of visas, as well as German wedding ceremonies and traditions.

In order to register a marriage, both partners will need:

What You May Need

If you are a non-EU citizen, you will need an Ehefähigkeitszeugnis, a document stating that you are single and free to marry. If you have previously been married, you will need to either provide the death certificate of your former spouse or proof that the marriage has been permanently dissolved by a divorce which can no longer be contested. Proving this can be tricky, since a basic divorce decree may not be sufficient. If you have been previously married, the best thing to do is enquire at the Standesamt about what specific documentation you need to provide.

US citizens and other migrants may also need an apostille. This certifies that your documents are valid in both the US and Germany.

Depending on where you are from, you may also need to provide financial statements.

You will also need to provide the birth certificates of any children you’ve had together.

The exact documents that are required can vary depending on the region in which you register the marriage and your countries of origin. You should visit your local Standesamt to obtain a list of the documents specific to your circumstances.

All documents must be issued within the last six months and all non-German language documentation will need certified translations. This means you will need to apply for documents such as your birth certificates to be re-issued.

Once you have all of the documentation, you and your fiancé(e) will need to return to the Standesamt to officially register and set the date for the wedding.

Crucially, the wedding must take place no more than six months after the registry office has processed your documents.

Since issuing, translating and submitting the paperwork can be a lengthy process, timing a wedding in Germany is no easy feat. Since all documentation must have been issued within the past six months, you need to ensure that you don’t start too early. On the other hand, if you are an expat and had a previous marriage that ended in divorce, you may have your bureaucratic work cut out for you, meaning that starting early might be necessary after all.

German bureaucracy can feel straightforward on paper, but may become inextricably complex once you get started with it. Keep calm and remember that if all else fails, you can always marry in Denmark.

Since its legalisation in 2017, same-sex marriage in Germany has all the same obligations and benefits as heterosexual marriage. Same-sex couples will need to go through the same requirements and gather the same documentation as those outlined here.

If one partner is overseas

Where To Go – The Standesamt

Only marriages performed at a Standesamt (civil registry office) are considered legally valid in Germany.

Couples are, of course, free to perform additional ceremonies of their choosing but these must take place after the Standesamt marriage. This means that in Germany, no religious authority, such as priests, ministers, imams or rabbis, can perform a legally binding or recognised marriage.

While marrying in an Amt might feel a little bureaucratic, the rooms, which are exclusively for weddings, are designed to be attractive. Often cities will reserve their nicest civil buildings to be Standesämter.

Be that as it may, Standesämter are still official government buildings, and so marriage ceremonies are usually performed on weekdays during opening hours. It may be possible to book your wedding on a weekend, depending on the Standesamt, but this will incur additional fees.

Generally, the cost of a civil ceremony at the Standesamt is between 70 – 200 Euro.

If one or both partners are not fluent in German, an interpreter will also need to be present at the ceremony. Couples can choose to find their own interpreters, or one can be provided by the Standesamt for a fee.

After their civil ceremony at the Standesamt, many couples organise a more traditional wedding day, meaning that people in Germany are often legally married before their main wedding ceremony. On the bright side, this takes paperwork out of the equation on the big day, removing another element of stress.

Germany has no shortage of cathedrals, churches, or castles which offer wedding celebrations. Likewise, there is a plethora of websites such as the Venue Report or Venuu where you can peruse your options.

Am I German Yet?

Germany is a land of tradition, so naturally German people’s approach to weddings is no different. However, compared to the lavish wedding rituals in the US and other English-speaking countries, German weddings are not retail extravaganzas. Rather, they are intimate and personal gatherings to celebrate a couple’s love.

There are also a number of other German wedding gimmicks, like the Polterabend, where the couple and their guests go on a porcelain-breaking spree, or the Junggesellenabschied, which looks like a more embarrassing version of a hen or stag night. Certainly, German weddings are filled with a lot of jesting and often involve numerous pranks on the newly-weds.

You can read more about German wedding traditions on these pages and blogs.

While bridal registries are becoming increasingly common in Germany, it is traditional to organise gifts through a Hochzeittisch (wedding table). This is when a couple sets up a table at a particular store with their desired items. Guests then purchase the items as gifts. However, this tradition may not be ideal for an expat wedding, as often guests will be coming from abroad. While bridal registries are not novel in Germany, they are nowhere near the phenomenon they are in places such as the US. The most popular site to set up a bridal registry in Germany is Amazon.de.