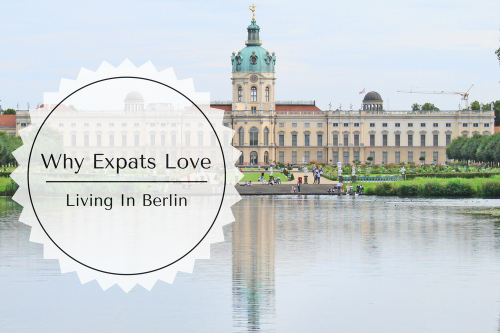 Located in the northeastern part of Germany, Berlin is the capital of the country and one of the major cultural centers on the continent. It is the second most populated city in the EU, with approximately six million residents from over 190 different nations. Berlin has long been a popular destination for expats because of the high living standards, affordable living costs, and excellent infrastructure it offers.Here are the top reasons why expats love living in Berlin.

Berlin is Germany’s biggest and most cosmopolitan city.

The city is modern and non-conformist, widely known as one of the most liberal cities for minorities in Europe. Famous for its “Berliner Luft” (a joking reference to the mythical, magical air of the city that has even been eulogized in song), Berlin has a free, cosmopolitan atmosphere where creative people and artists thrive. Migrants and expats in Berlin can live here without fear of being judged or marginalized. The city is innovative and is known for its modern architecture, nightlife and art scene.

There are many reasons why Times magazine recently nominated Berlin as the “most fun” city in the world. There’s been a lot happening in Berlin since it was reunified in 1990. The city is huge, much larger in geographical area than London or Paris, and yet manages to maintain a relatively relaxed and stress-free atmosphere.

It boasts of some of the best clubs in the world and is well known for its nightlife. Clubs are open till late at night and in fact don’t have an official closing time.

Even if clubbing is not your scene, the city has lots more to offer. Berlin encourages an active outdoor lifestyle with plenty of parks, forests, and beaches. Tempelhofer Feld, Berlin’s former airport and largest public park, is buzzing with activity on weekend afternoons. Also, Berlin has the best street art in the world. If you walk through almost any neighborhood, you can’t miss it. Street art is something you’ll see everywhere in Berlin.

One-third of the population in Berlin is made up of its expatriate community. Westerners, in particular, will feel at home here, but there are expats from all over the world. You’ll usually find that connecting with other expats is easy, as they may be in a similar situation to you. Sharing experiences and bonding with the expat community will lend support and make life easier. Many in the expatriate community love sitting outside in the biergartens, or in the parks, or down by the Spree at the beach bar.

Most Berliners are polite and considerate and will switch to English if they find that you are struggling with German. However, although English is widely spoken, German is the preferred language of communication. Finding a German speaker in your group and practicing with them will help you learn the language more quickly.

The cost of living in Berlin is lower than other large cities in Germany, and the city is, in fact, the most inexpensive capital in Western Europe. A decent quality of life is comparatively affordable here. Rent, transport and food are easy on your pocket, which means you can do a lot more and stretch your Euro the furthest in Berlin.

Expats usually find that they don’t need a car in Berlin, thanks to the excellent public transport network. The city has an extensive public transport system that is efficient, reliable, and affordable. Every part of the city is well-connected, and on weekends, the trains operate all night. Traveling by bus is comparatively cheaper than traveling by train. The price of a monthly ticket for public transport is approximately EUR 80, while a taxi ride on a business day costs around EUR 18 for an eight-kilometer trip. Eating out is also inexpensive, and there is a great variety to choose from. Beer is cheaper (approximately EUR 0.88) than water (approximately EUR 2) if purchased at a local grocery store. In addition, while sausages and beer are ubiquitous and cheap in Berlin, the city is also host to a diverse gastronomic landscape that reflects its immigrant history. Asian restaurants, Spanish tapas bars, Italian, Greek, and Indian eateries are dotted all across the city. In particular, the famous Doner kebab sandwich is a popular and cheap fast food staple.

Approximately fifteen percent of the total daily traffic in Berlin consists of bike riders. The city has an exceptionally high ratio of bicycles to residents at 700 bicycles per 1000 residents. Cyclists have access to more than 620 cycle lanes and paths in the city, and most Berlin residents do not own private cars. As a result, in order to get around the city, most people need to either take public transport, walk, or cycle. The bike lanes and special stop lights for cycle traffic make it a very safe alternative to walking or using public transport, and in addition, motor drivers are considerate and respectful, and will typically watch out for cyclists. As a result of this level of safety, combined with the ease, comfort, and efficiency of cycling around Berlin, the city has more than 500,000 daily bike riders. Many expats choose to join the ranks of Berlin’s cyclists too – after all, in addition to all the benefits we just described, cycling in Berlin is also cheap, environmentally-friendly and great for your health.

Geographically, Germany is at the center of Europe. Long distance travel is easy thanks to the amazingly low-cost flights and good transport links. Berlin is well connected to other European countries by road, and intercity train connections are excellent as well. While you’re living in Germany, exploring Eastern Europe can be done on a budget. Planning a trip to other destinations is also affordable and easy. You can get cheap flight deals to major European destinations such as Copenhagen or Barcelona if you book well in advance, and you don’t even have to worry about foreign exchange since the Euro is of course accepted at most of the locations you would want to travel to. It’s also easy to explore Germany itself while you’re living in Berlin, with regular weekend trips to nearby cities, towns, and villages. In addition, in spite of Germany’s reputation for working hard and being dedicated to quality and efficiency, there’s also a considerable value placed on having a work-life balance. The combination of all these factors means that expats enjoy plenty of time for travel while they’re based out of Berlin.

As we just mentioned, expats in Berlin enjoy an excellent work-life balance that allows them to not only travel, but simply relax, enjoy the city, spend time with friends and family, and indulge in hobbies and other activities. To some extent, this is a cultural phenomenon, but in addition, the German government gives great importance to a healthy work-life balance. It is compulsory in Germany for every employee to receive a minimum of four weeks of paid vacation each year, and some even receive up to 30 days a year. Employees are not allowed to work more than 40 hours a week, and it is illegal for an employer to contact a member of staff after office hours, unless in an emergency situation. Expats find it reassuring to know that local labor laws are in support of employees.

After years of stagnation, even following the unification of the country, there have been strong indications of economic growth in Germany for quite a while now. Berlin has all the makings of a dynamic, entrepreneurial city. It has been a popular hub for start-ups and is alluring for expats, even though getting a work visa can be challenging.

The start-up scene in Berlin is young, energetic, and offers great diversity. It is an interesting launch pad for the creative and self-employed. It is common to find shared or co-working spaces across the city, which makes meeting and networking with people in the same field easier.

The new web and e-commerce sector is talked about a lot. Berlin has established itself as the world’s biggest e-commerce startup location (after California’s Silicon Valley and London). The IT sector has created diverse job opportunities in the field of programming, web design, and graphics. Twenty or more of the top internet startup companies in Europe are now based in Berlin.

WISTA, the new science, technology & research campus in Aldershof, and the developing “Mediaspree” district have also attracted several top companies from across the globe. There are many opportunities for expats in other fields too, including business, technology, and science, especially if they have skills that are in short supply. Many English-speaking jobs have opened up in the job market. Big names such as MTV Europe, Universal Music, O2, Mercedes, and Allianz now have a presence in Berlin, giving the local economy a lift and creating many more job opportunities. Tourism also has seen enormous growth in the last decade, further improving the economy.

All of this has been further supported by redevelopment and infrastructure enhancements, such as the north-south road and rail tunnel and the New Berlin Hauptbahnhof or Central Station. New shopping malls are also rapidly springing up across the city.

2015 was a landmark year for Berlin. The city generated the most business enterprise capital for young startup companies in Europe, unemployment rates were the lowest in 24 years (at a record ten percent), and between 2012 and 2015 the city achieved its highest employment growth rate.

Standards of education in Germany are well-known around the world as being very high. Berlin has three main universities and an array of schools and colleges, and the education system does take into consideration the fact that students may have different learning abilities.

Education in public schools is free, and is an option for expat children, as they can learn German easily here. This is especially important for expat families who have long-term plans to stay in Berlin. However, some expats choose to send their children to international schools, and this needs to be paid for privately. The international school fees are often extremely expensive, although they vary depending on the grade and the specific institution.

Fees charged by colleges in Germany are low, even for foreign students, and if you have the requisite entrance qualifications, you may even be eligible for free university education. Berlin has a number of great universities and other educational institutes, and even expats who come to the city for work often choose to spend part of their free time pursuing degrees and other qualifications.

In addition, the well-appreciated apprenticeship scheme has contributed to Germany having the lowest youth unemployment rate in all of Europe. The dual program for training and education for numerous vocations such as carpentry, car mechanics, and plumbing allows students to support themselves while learning. Foreign EU citizens are also eligible to enroll in these apprenticeship programs, and their chances of getting a seat are higher than ever.

Many expats from the UK and the US love the fact that many of Germany’s motorways do not have speed limits. This means you can step on the gas and put your car to the test. It is liberating in some ways to be able to drive without looking at the speedometer and to feel the thrill of being in a powerful vehicle on a wide, open road. However, if you do this, remember to always drive safely.

The healthcare system in Germany is one of the best in the world, and Berlin has some of the best hospitals in the country. German law requires all residents to have local health insurance, and this applies to all expats, including EU citizens. However, most people choose public insurance, which is fairly cheap, and more than adequate. EU expats can also transfer their social security and health insurance to Germany, and social security agreements allow citizens of a few other countries to also use the public system in Germany. Regardless of what an individual expat chooses to do, she can be certain that both public and private healthcare in Berlin are on par with (and even above) international standards.