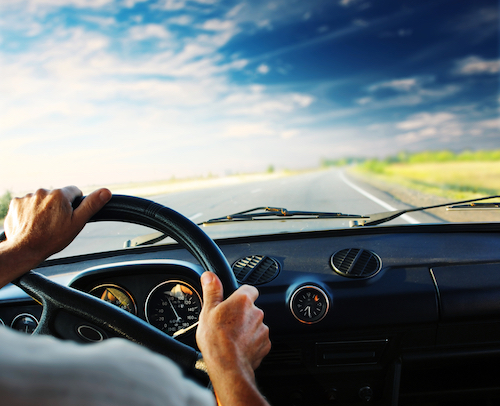 It will come as no surprise that the uncertainty regarding Brexit is causing significant ongoing problems for British expats abroad and UK nationals planning to travel to Europe – particularly if you’re intending to drive on the Continent. What do we know about the current situation with regard to driving in France?The British government website has a section for driving in France. It advises British people who are resident in France to register their UK driving licence with the local town hall or prefecture and consider exchanging their UK driving licence for a French one. The original instructions ask that you apply for a permit and complete an application form. You’ll then need to send the supporting documents to Centre d’Expertise et de Ressource de Titres (CERT) in Nantes. Sounds relatively straightforward? It used to be, but unfortunately Brexit has put a hitch in the process. It’s also unclear whether you’ll need to take a fresh driving test after the UK’s eventual departure date.

The government says they are aware of issues with the processing of these documents. With Brits resident in France all applying at once to exchange their licences (and who can blame them?), the paperwork has hit a backlog and has been taking a long time to be turned around. Moreover, some British applications have been returned from Nantes, and applicants have been asked to wait until after Britain has withdrawn (whenever that may be!) and reapply under the new rules.

Gov.uk states: “If the UK leaves the EU without a deal, we understand from the CERT that a temporary system would be set up to allow UK nationals residing in France to continue to use their UK licences until the French government puts a new system in place. For now, UK licence holders should follow the advice of the French authorities.”

Where is this advice to be found? Interieur.gouv.fr and PrefecturesRegions have all the information you need, although they are in French. There’s also a Facebook group for Brits applying for French permits.

However, right now, the Local reports that Nantes will “…only be dealing with the following requests: lost or stolen licenses, expired licenses, exchanges following an offense committed in France resulting in a loss of points, a restriction or suspension or cancellation of your licence or someone requesting a new category of licence.”

Obviously, this is frustrating. The lack of communication and a wildly varying range of response times are of deep concern. Some applicants from 2018 have still not received their permits, while others have been processed in a few months. The advice at present is to keep your proof of application for a new permit with you in the car – then at least you can show the gendarmes that you’ve tried – and wait until Brexit has happened before you go back to CERT.

What About International Driving Permits?

You can apply for an international driving permit in the UK, at the Post Office. More than 2000 post offices in the UK can supply you with an IDP at a cost of £5.50. Check which type you might need (1926, 1949 or 1968) and remember, as above, that if you’re driving from France to Spain or elsewhere, you might need more than one licence.

If you’re just travelling to France, you should be covered, and in any case you will be allowed to drive on your UK licence – but if you’re actually resident in France the situation is becoming more complicated.
Serge Boulanger, in Nantes, explains the problem: “The terms and conditions of Brexit are still unknown. We have received 5,000 dossiers since January 15th from British citizens alone and have distributed EU driving permits to some of them knowing that we will have to replace these once Brexit goes through. This means double the work for our team.

“We have started returning applications from British citizens with a letter and we ask people to hold off until we know what is happening with Brexit, for example whether Britain will leave with a deal or in a no-deal situation. There are exceptions however, for example people whose licence is about to expire. We will still exchange these licences, even though we'll have to change them again later, to ensure that people can continue driving. I want to stress that this is not a rejection of applications from British nationals but instead a delay until we know more about what is happening.”

The French Europe Minister Nathalie Loiseau has told British residents that there will be a grace period once we finally leave, even if it is without a deal, and that these people won’t suddenly find themselves sans papiers. The French, she says, are likely to put in a temporary system if Britain crashes out, in order to allow residents to use their UK licences legally.

Is There Any Way I Can Speed Up The Process?

The French authorities are trying to process the oldest applications first and say that they have largely caught up, but there is still a backlog and they’re aware that communication with concerned permit applicants hasn’t been ideal. The only situations in which you can make things a bit quicker is if your permit is about to expire, and if you’re married to a Brit. If this is the case for you, make sure that CERT has all your details including your maiden name: French applicants have to apply under their maiden names and if Nantes needs to come back to you to check what that name was, there will be an additional hitch in the process.

Serge Boulanger told the Local website that if you applied in 2017 or early 2018 and are still waiting, you can contact CERT and mark it for his personal attention.