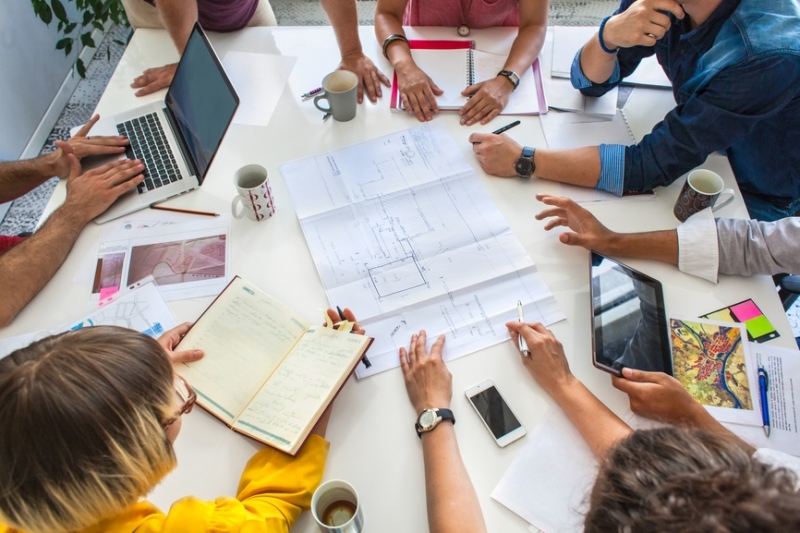 Foreigners are flocking to Germany in their thousands. In fact, the rate of immigration is now at its highest since the 90s. While much of the press surrounding this rather controversial topic may be negative, this influx is actually to thank for the country’s sharp economic growth, and in fact, Germany has come to rely on it. What with the ever-growing number of start-ups in Berlin and across the country, the term immigration is taking on a new meaning, and the future of Germany’s economy is all the brighter because of it.

“The new quality of immigration is a godsend,” CDU Minister Ursula von der Leyen professed back in 2013. “It helps our country, making it younger, more creative, and more international. Everyone benefits.”Though von der Leyen’s announcement came as a surprise, amidst concerns over immigrants and their contribution to the welfare system, there is much truth in it. In fact, a study by the Bertelsmann Foundation shows that immigrants bring in €22 billion in taxes a year for the German economy: not quite the strain on public finances that is often reported in the press. What’s more, 67% of foreigners in Germany are net contributors; thus, paying more in tax than they receive in benefits, whereas only 60% of Germans are. It’s hard to believe then that the topic of immigration is still dividing opinions.

The real problem for Germany lies in the fact that the baby boomer generation is entering retirement, and the country’s population is getting older and older. Not only that, but it’s sharply decreasing too, with experts predicting that Germany’s population could have dropped by 19% to 66 million by 2060. So, as the number of those claiming pensions is increasing, the number of people of working age is going down, which holds direct consequences for social systems. The influx of immigrants, with an average age of 32, is then quite rightly a godsend.

What’s more, this next generation of immigrants are here to stay. Whereas many workers came during the post-war period to ‘make a quick buck’ doing labour jobs before returning home, today’s immigrants tend to have very different intentions: a “new quality”, as von der Leyen put it. They’re looking to move to Germany to further their careers, and set up a home. And rightly so: over half of these new immigrants have college degrees or some form of higher education, and as unemployment in many European countries (such as Spain and Italy) is at a record high, Germany provides opportunity, stability, and the potential for career progression.

But what is it that attracts this new generation of immigrants to Germany in particular? Start-ups are the answer: Berlin is rapidly becoming the capital of Europe’s tech start-up scene, and there’s plenty of activity in Munich and Hamburg too. A number of these young firms, such as Soundcloud, founded in the capital in 2007, have gone on to become household names worldwide.

As the company’s Swedish founder Eric Wahlforss, in an interview with The Next Woman Business Magazine, recently remarked: “Berlin is a hub of creativity; a strong intersection of technology and art, with a diverse pool of talent from both technical and design mindsets.” Not only that, but compared to its British or Scandinavian counterparts, rental prices and the cost of living are far lower.

Thankfully, Wahlforss is not alone: 44% of all new entrepreneurs in the city are non-German, and their teams are equally as international. In fact, knowledge of German is by no means a pre-requisite, and English is fast becoming the unofficial language of Berlin. Whilst the start-ups are providing a solid career path for young professionals, the companies themselves are also thriving, thanks to the diversity of talent and experience of their employees. And the country is able to maintain its strong financial position.

After all, the bottom line is that Germany’s economy requires immigration to exceed emigration by 400,000 people per year to maintain its strength.
What with start-ups hiring skilled international workforces and providing jobseekers with attractive roles in a thriving industry, it’s played a fundamental role in driving a new generation of immigrants to Germany. And, thankfully, despite the occasional bad press, Germany is embracing the floods of young foreigners looking for work and security in the country, and is well aware of the unique and fundamental contribution that they are making to its economic future.

Cherrie Kishazy is a Berlin-based writer for Global Citizen by MomoTop, a narrative-based website that brings inspiration, news, resources, stories, travel ideas, and support to expats all over the world.