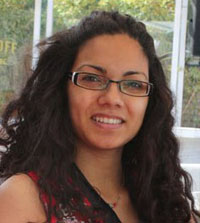 My name is Omaira Gill. I’m originally from the UK and have been living in Greece since 2006. I grew up in Pakistan and moved to the UK when I was 14, so moving to Greece has been the second time in my life that I’ve moved countries. The first time round though, I spoke the language fluently and had my immediate family and maternal relatives to make the move easier.
Greece was a little different.

In 2006, I moved to Athens, Greece. This came about after I first travelled to Athens in August 2004 to volunteer at the Athens 2004 Olympics. There, I met my now husband who was in charge of the sports centre where I ended up being based.We began a long distance relationship shortly after and when it came to the issue of where to take things next, I decided to move to Greece since he wasn’t keen on living in the UK.

The biggest challenge I faced was the isolation. Moving to a new country where you know next to no one and don’t speak the language can be a very lonely experience. I come from a large and very close family, and losing their company was also extremely hard to deal with. At least in my case, the first year of the move was the worst. I spent a lot of time crying!

There were other small things, like not knowing where to find ingredients to cook food I was missing. Greece is not very multicultural so certain herbs and spices are not as readily available in the supermarkets. I had to hunt them down item by item but eventually found that there’s nothing you can’t find in the downtown mazes of Athens.

At least for me, finding somewhere to live wasn’t difficult since I was living with my husband.

Yes. There are a surprising number of foreigners that have made Greece their home, and the majority of them live in Athens. A very large concentration of expats live in the Southern Attica suburbs of Voula and Glyfada. These areas are quite close to me,

My relationship with the locals is very good. I was only 24 when I moved to Greece and a lot of people went out of their way to make me feel welcome. They made an effort to speak English when I was around them and arranged activities they thought I would find interesting or that would help make me feel less homesick.

I met a lot of people through my husband’s circle, but there are two things I did which really led to me making some fantastic Greek friends. First of all, I immediately enrolled in language classes. In fact, since I knew I was planning to move to Greece, I had already started taking lessons in London. Next, I found a hobby of my own to do so as not to rely on my husband so completely for company. This hobby was dance, and not only did it get me out of the house doing my own thing, it forced me to speak Greek and make my own friends.

The Greeks really appreciate it if you try to learn their language. A lot of people in Athens speak English, but I found my life in Greece transformed once I could speak the language. It helped me understand the Greek mentality, sense of humour and way of life much more than just sticking to English.

I love the weather. I didn’t grow up in the UK, I grew up in a hot climate so the grey and rainy weather was very hard for me to get used to. In fact, in the 10 years that I lived in the UK, I never got used to it. I love finishing work and being able to take a walk on the beach with my husband and son. I also love how friendly the Greeks are, and how kind hearted they are. I was recently in a minor car crash and several cars behind me stopped to check if I was okay despite not being involved in the accident in any way. They stayed with me until I had calmed down enough to carry on with my journey. That’s not something that would happen in the UK!

This is a society that places family at the heart of it. I am currently pregnant with my second child, and everywhere I go I am treated like royalty. People are always offering to help and bossy old women are quick to shove me to the front of the queue when they catch sight of my belly.

Greece is a wonderful place for a child to grow up. Not only do you have plenty of sunny days to play outside, but it’s much safer than a lot of other places I’ve lived and very child friendly. To refuse a family entry to a restaurant in Greece because they have small children is unheard of in Greece. Wherever you go, people are not shy about talking to you and your child and giving them little treats like a sweet or some fruit. I think it’s important for a child to feel so loved and protected by the society they grow up in.

What I dislike about the expat community in general is that they can deliberately isolate themselves a lot. When I first moved here, my husband’s advice was to avoid the expats until I had settled in properly. This didn’t make sense to me – wouldn’t you seek out other people you had things in common with when you arrived in a new city? But I see now that the temptation to stick to your own herd would have prevented me from integrating as well as I have. It would also have made me much more home sick. I know expats in Greece who have been here for over a decade and not tried to learn the language. I find that bizarre and also unsafe. If you ever needed to go to hospital, can you rely on everyone there speaking English?

The bureaucracy is also phenomenal. Greeks are in love with the “ble sfragida” the blue stamp issued from official public service offices. Without this stamp, you don’t get very far. The public sector is a nightmare to deal with. I have battled with it several times and often stick at it to not let the system win. But sometimes I get so frustrated I give up and let my husband take over instead. I’m glad to say this is improving, but it’s still taken me one year and counting to make a small change to my son’s original birth certificate!

First of all, the Greece I moved to in 2006 and the Greece today are not the same place. Think carefully about what you’re planning on doing for money as jobs are hard to come by, salaries are low and living expenses are quite high.

If you are planning to move to Greece, start learning the language as soon as you make the decision. People love it when you try to speak their language, even if you make mistakes. If you’ve made a spontaneous decision, pick up language classes when you get here.
Find something to do when you get here. There are lots of hobbies that don’t need money to enjoy them, like running clubs. Facebook is a good place to find other foreigners in Greece and get some tips on activities, but until you’ve settled down, try not to spend too much time with other expats, it will just make you more homesick. Some of them are here on short work contracts of one or two years and have no intention of putting roots down. As a result they often will only see the negatives of the place they live in since they don’t plan on hanging around, and make you doubt your decision.

Smile a lot, keep your sense of humour and don’t be intimidated by Greeks that seem rude – the Greeks don’t believe in masking their feelings so if they’re having a bad day, you’ll know. They also don’t always feel comfortable speaking English if they’re not fluent, and this can come across as rude.

I see myself in Greece for the foreseeable future. I found it hard to get used to life here in the beginning, but as time has gone on, I’ve learnt to love Greece. It can be disorganized, frustrating and chaotic , and you can walk past two Greeks who sound like they’re about to kill each other when in fact they’re just having a conversation, but this place has helped me rediscover a joy for life.