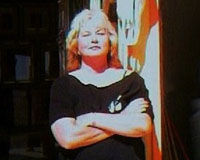 Originally from New Jersey on the eastern seaboard of the United States I moved around to each region of the country in my youth. I have a degree in Geography from the University of Colorado in Boulder.

Currently I live in Baja in a little village called La Mision about 40 miles from the border and have been here for over ten years. I write about Baja for the Baja Times newspaper and have a book on Amazon about practical experience living here called My Gold Coast—–Baja.Where, when and why did you move abroad?

I moved from Iowa to San Diego in 2000 to take advantage of the warmer climate and work in the field of technology. I took long weekends to relax across the border in Baja and fell in love with the region.

So I moved in 2003 and have been here ever since. The cost of living in San Diego was very high, the traffic in Southern California is notorious and the air quality not the best. Down here I have living space with amazing views of the ocean, hills, river, estuary and village of La Mision for a fraction of what I paid up north.

I already knew people who had moved here previously so my challenges were few. I used a moving service that had a lot of experience with cross border moves. The only challenge I had was in locating my new domicile as the reference points are very different here in Baja. Many places do not have street names or house numbers.

I was again very lucky to have already been here many times. A friend found me a little casita not far from where he lived that was brand new and had a bit of a view of the ocean. This was on the northern end of Rosarito in a neighborhood called Colonia Reforma. My first night there was scary as the electricity was off. The sounds of chickens and horses were unfamiliar to a woman who had moved from the city. The roads were all dirt, so after two years of residing in my little house I moved after a very rainy winter.

The unofficial tally is 30,000 expats in a region from Tijuana to Ensenada which is about 40 miles south of the border. The corridor is easy to transverse and many people know each other. The Americans are responsible for much of the volunteer work done locally so are integrated into the community.

My relationship with the locals is as respectful as I can make it. I have worked to learn Spanish which I feel is important when living here, and living in such a small village helps with that as many residents do not speak English. It is important to also observe local customs like not wearing tiny halter tops. It is also important to not impose American cultural values on the local population.

I like everything about being in Baja. The landscape offers everything from ocean to desert within a few miles. The cost of living is low. The people here are friendly and helpful. One can go deep sea fishing, hiking, ocean kayaking and wine tasting all within 50 miles of where they live. Medical care is widely available and mostly state of the art, affordable out of pocket for those who are not covered by insurance.

The only thing I dislike is the perception that is created by the US media about danger in Mexico. Most of the violence is between the drug cartel and the military and police. In all the time I have been here I do not know of a single murder of an American in the area.

The best advice I can give anyone wanting to move here is to come for an extended visit to experience the area firsthand. Ask the locals where to go, where they live. Rent before you buy in Baja. And use a realtor if you do decide to buy property to ensure there is clear title.

My plans for the immediate future are to stay right here in my amazing little place with great vistas. I am hoping to spend more time exploring Mexico when I retire in a few years. Having explored much of the United States when I was young, I want to do the same here in what I find to be a most hospitable country. About a million Americans live in Mexico and projections are for many more to move here in the future.