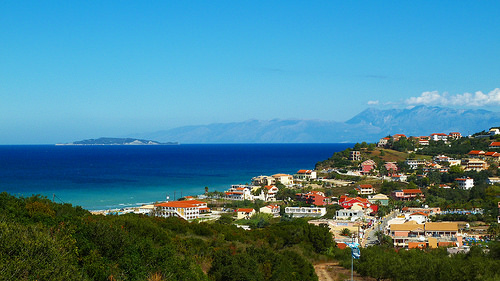 Greece is an inviting expat destination for a variety of reasons. The local population has a reputation of being warm, friendly and extremely hospitable. The country enjoys excellent climate throughout the year. Greece also has a rich history and cultural heritage that makes it an intriguing place to live. The delicious local cuisine is another major factor that adds to Greece’s attraction as an expat hotspot.

Here are some things every expat should do when in Greece.Explore Greek coffee

The practice of coffee drinking in Greece is a daily ritual. Greeks like to enjoy their coffee in various ways – with family at home, with friends at a bustling café, while reading the newspaper in the morning, or even outdoors by the ocean. Coffee is such an important part of daily life that coffee breaks can sometimes last longer than lunch breaks. You can order a cup of coffee at any of the local cafés in Greece. Cafés in Greece are of two types. Kafeterias are popular among the younger crowd, while kafeneios are the traditional cafés where the elderly men of the town sip their coffee. Those new to Greek coffee can start with the traditional local coffee or ellinikós kafés, which is really a version of the Turkish coffee that was adopted during the Ottoman occupation.

Stavros Melissinos is a well-known figure in Athens and around the world. Popularly called the ‘poet sandal-maker’, he has written several books of essays, plays, and poetry. His works have been translated into different languages, and his best-known work, ‘The Rubaiyat’, is part of the curriculum in many universities in the United States. What makes him even more interesting is that he runs a sandal shop in Agias Theklas in Athens, where he designs and makes sandals inspired by the footwear of the ancient Greeks. His shop attracts some big names in the world of art and culture. Even the Beatles are known to have visited the Poet’s sandal shop!

One of the best ways to explore the island of Santorini is by water, for which there are private and semi-private tours available. The 40 to 43 foot catamarans take you to the spectacular private beaches, colored rock formations and hot springs. You can also enjoy a seafood meal prepared by the crew. One of the most popular sailing tours here is the sunset tour that begins at 2.30 in the afternoon, from Ammoudi port of Oia. The catamaran sails towards the southern region of Santorini and makes the first stop at the Red Beach for some swimming and snorkeling.

The Cyclades is an excellent place for island hopping in Greece. Each island of the region has a unique character, traditions and history. Since most of them are quite compact, it is quite easy to explore them in a short period of time. There are about 220 islands in all, and the most popular ones are Delos, Mykonos and Santorini. In summer, there are many ferry companies that sail to the Cyclades islands. They start from Piraeus or Rafina, and travel to all the islands.

The National Gardens, formerly called the Royal Gardens and created by Queen Amalia in 1839, comprise 15.5 hectares of green space in the heart of Athens, behind the Parliament. This is abode of many different species of plants, trees, animals and birds. The Botanical Museum is also located here, and there are some ancient ruins, a playground, a children’s library and two duck ponds. The Gardens are accessible to the public and are open all day long. The main entrance to the National Gardens is on Leoforos Amalias, but you can also enter through three other gates.

Those are our top five suggestions to supplement your expat experience in Greece. Have you lived there? What are your favourite things to do? Share your thoughts in the comments.