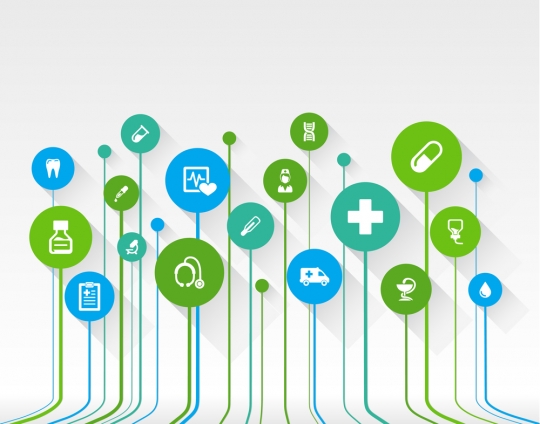 Research from Collinson Group, a global insurance and assistance provider, says that 23% of HR professionals they questioned say their organisation is increasingly sending staff to pursue opportunities in emerging economies such as Russia and China.There’s also growth in sending employees on international assignments to other territories including Argentina and Nigeria where the destinations are regarded as being of a higher risk for a variety of reasons by insurers.

These reasons include the potential for civil unrest, natural disasters and a higher risk of terrorism. Now, many employers are demanding that their iPMI provider delivers more security and travel advice.

The survey reveals that 56% of businesses say this advice is increasingly important for them and their expat staff heading on a long-term international assignment.

Their survey also found that 79% of employers believe it’s important for iPMI partners to provide services including pre-travel arrangements, repatriations, cultural advice and security for their expat employees. Also, 46% of respondents said they are expecting to send more of their staff on a long-term international assignment over the coming three years.

EU citizens could miss out on UK permanent residency

It has been estimated that around three million European Union residents living in the UK could miss out on permanent residency because of confusion over comprehensive sickness insurance.

Currently, under UK law those EU citizens heading to the country, either as a self-sufficient worker or a student, need to have evidence of five years of sickness insurance before they can qualify for permanent residency.

This insurance need was introduced by the government to ensure that those seeking residency were not a burden for the NHS. However, ActiveQuote says that HMRC has not provided guidance on when this insurance should be in place.

Now the firm’s medical insurance leader, Mark Todd, says that millions of EU citizens who married a UK citizen or moved to study in the country could be affected.

He explained: “There is confusion already from EU citizens having lived for years in the UK and when applying for residency discover they needed comprehensive sickness insurance. They were not told.”

The UK government is looking to introduce a new ‘settled status’ that would enable EU citizens in the UK to stay permanently after Brexit and has said it will not demand that EU citizens offer proof of the sickness cover for them to qualify.

However, critics say that a draft of the ‘Withdrawal Agreement’ has stated that this comprehensive insurance requirement is still applicable.

Mr Todd says that the situation after Brexit for those from outside of the EU is even more complicated and despite research and contacting the Home Office, there is still no clear idea about what is needed from them in terms of proving their sickness insurance.

Meanwhile, a report from the House of Lords has highlighted that the rights of millions of British people needing urgent medical treatment when travelling or living in the EU is still in doubt.

Their report states that the proposed reciprocal healthcare agreement still has questions marks – and the issue of healthcare for EU citizens living in the UK after Brexit has not been resolved.

The Lords are now calling for the Government’s Withdrawal Agreement to have the right to healthcare provision on the same terms as EU citizens to be included.

Expats and employers looking for cheaper healthcare policies are helping to boost the availability of health tourism, says Patients Beyond Borders. Not only can expats enjoy cheaper medical bills by switching to treatment overseas, employers can also enjoy lower premiums by doing so as well.

Patients Beyond Borders says there is a drift of people looking overseas for healthcare with Americans heading to Thailand, Singapore and Turkey.

Calls for ‘out of pocket’ costs to be transparent

Patients in Australia are routinely incurring expenses worth several thousand dollars in out of pocket charges with a report describing the system as confusing, complex and costly.

The finding from Australia’s Consumer Health Forum questioned 1,200 people about their medical costs and found there are big differences between what a private health fund or Medicare will contribute and what the doctors will be charging.

In a report, researchers say: “There are profound problems with public and private health systems in Australia with many patients facing choices between exorbitant out-of-pocket costs or long delays in treatment.”

The organisation says that there needs to be more clarity over the costs and what, exactly, patients will be paying for given in detail.

The number of employees being covered by their employer in a sponsored group risk health policy rose by 3.1% in 2017. According to Swiss RE, there are now 4.5 million people enjoying group risk coverage and it grew by 378,000 people last year. However, the members with long-term disability income policies fell by 5% to 2.4 million.

Swiss RE says that the trend for group risk policies is a positive one. The report’s author, Rob Wheatcroft, a technical manager with Swiss RE, said: “Despite ever increasing costs for employers, more than 90% of all arrangements will provide cover for at least five years which offers vital financial support for employees and their families.”

The best country in the Middle East for healthcare is Qatar, according to one index.

The Legatum Prosperity Index also highlights that Qatar’s health provision has, over the last 10 years, risen to 13th place from 27th in the world rankings. The annual index ranks the health of those living in 149 countries for the survey.

A spokesman for Qatar’s Ministry of Public Health said the ranking is a great endorsement for the quality of care delivered to patients in the health system.

He added: “The transformation of the health system in Qatar has been remarkable and we’ve made big progress for increasing capacity as well as advancing our quality of care.”

Since 2011, there have been seven new hospitals opened in the country with several specialist facilities.

Geo Underwriting has unveiled a new travel insurance product that is aimed high net worth individuals. The coverage is for business trips as well as personal holidays and includes kidnap and ransom cover along with access to 800 airport lounges.

From September, international students studying in the Canadian province of Manitoba will no longer have access to universal healthcare. Overseas students were granted free access previously but now have to pay extra healthcare insurance fees of C$2,400-C$3,600 (£1,333-£2,000/$1900-$2800) every year.

The Australian government has unveiled a number of changes to the laws covering private health insurance in a bid to make the sector competitive. The role of the health insurance ombudsman will be strengthened and discounts for those under 30 are being introduced.

Canada Life Group says employers are not providing enough support for staff with stress and anxiety and just 16% of workers will receive information or help on how they can improve their health. Their survey also found that 30% of workers admit to feeling stressed and anxious because of their high workloads and pressure to perform.

Dubai’s Health Authority has revealed that in 2017 it issued 261 medical fines while receiving 357 medical complaints involving private health facilities. However, this is a fall on 2016’s figures and the health authority says that the monitoring systems have been modernised and private health facilities have appreciated the importance of providing a quality service to their customers.

Swedish expats living in Thailand have set up an organisation urging the Swedish government to provide at least a subsidised healthcare insurance for those expats who have retired that will match the level of coverage found in Sweden and other places in Europe. The expat Swedes say that for those expats who are still registered as being resident in Sweden, they should receive cover since their travel insurance does not cover illnesses or contagious diseases if they’re already under treatment in their home country.

It has been revealed that for expats and Brits living in London, they are paying double the private health insurance costs than those who are living in Edinburgh and Newcastle. The findings from Resolver, a complaints service, says the different bills are ‘unfair’.

A survey has revealed that most expats living in the UAE are returning home for medical consultations. The report ‘The State of UAE Healthcare Service Delivery: Public Perceptions’ highlights public concerns over affordability and healthcare delivery. The survey highlights that 36% of expats are satisfied with the UAE’s healthcare delivery and 44% said it was affordable.

Mandatory health insurance will be imposed in Oman’s private sector but will take time to implement. The Ministry of Health wants employers to provide health cover for their employees but many firms say they cannot do so since the country is still dealing with the difficult economic climate.

Kuwait’s Ministry of Health has revealed the need to hire around 2,000 expats to help staff its clinics and hospitals. The recruitment will see more than 500 doctors and 1,500 nurses being recruited, mainly from India and the Philippines and other Asian countries.

The Bupa Global award for ‘Best Performance’ for a healthcare provider in the Asia Pacific region has been awarded to Pacific Prime. The firm’s chief executive Neil Raymond said: “Being named as the top performer is a big honour and exemplifies our achievements in 2017.”

Expats in Mexico say they are ‘very satisfied’ with healthcare provision in the country. Of the 1,129 expats questioned , 75% said that the care they receive leaves them satisfied while one in three said their healthcare costs are lower than in their home country. The findings from Best Places in the World to Retire found that just 16% of expats say Mexico’s medical care is worse than their home country.

A new healthcare provider in the UAE says it is offering the cheapest medical consultation rates in 15 clinics. Right Health has recently bought the medical facilities and is offering its services at 75% less than its competitors. Fees start at DH 35 and rise to DH 50 (£10/$13.61).