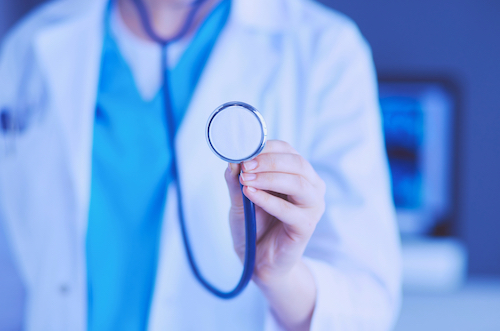 The Covid pandemic obviously continues to dominate the healthcare news, although its reign in the UK seems to be slowing down significantly in August. However, the international travel scene was plunged into further Covid-related turmoil this month with quarantines imposed by the British government on those returning from France and Spain: Westminster has come in for substantial criticism for its last minute handling of the situation.But there are other health related issues caused by the pandemic, too: an increase in hospital waiting times for other illnesses and in addition, health scares caused in empty buildings by long periods of lack of ventilation and unflushed pipes. Health and safety personnel report concerns about Legionnaire’s Disease and other lurking illnesses once people start to venture back into abandoned office spaces.

Sixteen people have also been hospitalised in Spain with West Nile Virus, the cause of an outbreak of meningitis in Sevilla. The disease is carried by mosquitoes from nearby marshland. Covid is therefore not the only deadly virus to be aware of, although fortunately WNV’s mortality rate is much lower than that of C19 and it cannot be transmitted from person to person, only via insect bites.

Mental health problems caused by lockdown are also causing difficulties for expats. Emigrant New Zealanders are reporting significant stress levels over both quarantine fees, should they have to return home, and anxiety over their reception. Both the National Party and New Zealand First are asking Kiwis to pay NZ$3000 each for their quarantine, and the government have not yet ruled this out. Returnees have spoken of an unfamiliar ‘antagonism’ towards them when they come back – which many have done because they have little choice, due for instance to the illness of family members. Kiwi mental health professionals in the UK say they have been ‘inundated’ by messages from stressed-out co-nationals, and that New Zealand expats in Britain are being forced to seek private counselling because the NHS simply cannot cope.

A recent study finds that expats resident in Thailand have, overall, been leading healthier lives over lockdown: eating healthily, drinking less alcohol and undertaking more exercise, although they too report that mental health issues remain a problem. More than half the expats surveyed (around 56%) reported that they would prefer to be located in their home country during an epidemic, and a significantly higher percentage than usual reported experiencing mental health problems.

American expats have strongly criticised a U.S. government draft proposal this month that could block them from entering the country if they are suspected of having Covid. Reuters reported that Chris Van Gorder, the CEO of Scripps Health, which runs 5 Californian hospitals, told the news agency that the hospital system “would never endorse American citizens not being able to get the care they need.”

Although the hospital group has previously called for border checks for people coming in from Mexico and mandatory quarantine for anyone displaying symptoms, they now say that they had no intention of these measures being applied to US citizens. Americans resident in Mexico have protested the proposed measures, saying that they support the idea of quarantine, but are outraged at the prospect of being kept out of their home country altogether.

In India, which has been badly hit by Covid, more than three million health workers have gone on strike in the middle of the pandemic this month, insisting on better wages and PPE. Trade Unionists say that the government has offered health workers no insurance, even though around a hundred health care personnel have died after contracting the virus. It is estimated that the country is still nowhere near its peak.

Japan has also been looking at a resurgence of the virus, after it waned in May: it appears to have mutated, possibly after threading through asymptomatic younger carriers. There is some debate that new strains of Covid might be more infectious, but less deadly.

However, there is some good news, with an increasing number of international insurers introducing pandemic coverage. The new policies will cover you for hospitalisation, and some (for instance in the Canary Islands) offer coverage to tourists. It is worth checking with your current policy holder to find out about any new coverage and perhaps discuss bolting it onto your existing policy, particularly if you are intending to travel.

Recent studies also suggest that over 90% of expats resident in some countries, such as India, Singapore and the UAE, are likely to want to access virtual health services – encouraging news for nations who have invested in digital healthcare roll-outs over the last few years. Research suggests, perhaps predictably, that younger people are more likely to use these services and there is evidence that people who have children are also more inclined to sign up with online healthcare. The pandemic has probably partly driven this trend, but it’s also due to increasing digitalisation in other areas of the culture: time and convenience are big factors.

We have reported before on Oman’s attempts to restrict government hospitals to locals, but updates suggest that this effort is not really working as well as it might. This is probably because expats are not actually being turned away – the original intention – due to as-yet limited private provision in areas such as Muscat.

Many companies still offer healthcare as part of employment packages, with some having their own clinics attached. However, if the new restrictive measures are increasingly implemented, the likelihood is that more companies are likely to sign long term healthcare contracts with private providers, who say that they are prepared to cope with the influx if the government cracks down on expat use of national facilities. Although expats may have to pay at government medical facilities, this is still substantially less costly than in the private sector. If you are resident in Oman, however, it is worth keeping an eye on the situation as regards your healthcare if you are not already signed up with a provider through your workplace.