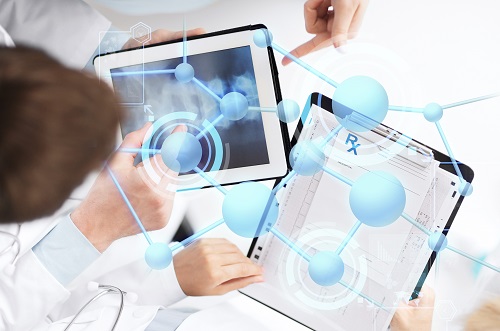 Covid-19 continues to dominate the headlines, but the world is starting to open up. The UK, for instance, is attempting to cope with the ‘pingdemic’ through a regulation change – now, you just have to get a test if you get pinged, rather than isolate. Alongside Covid-19, Brexit is still making itself felt, with ongoing implications for British citizens hoping to access healthcare abroad. We’ll take a look at some of the main news stories below.

In a piece of good news for UK pensioners resident in the EU, your healthcare rights have now been promised by Spain and other EU nations, as long as you have been paying sufficient NI contributions to qualify for a pension. You can apply for your S1 as soon as you’re entitled to your pension.

In addition, if you are a British citizen in the EU, you will still be allowed to use your EHIC if you have one. If you don’t, you can now apply for the new GHIC as a replacement. These cards are intended only for emergencies, however, and won’t cover things like medical evacuation, so it’s still important to make sure you have adequate health cover elsewhere.

Healthcare abroad vs the NHS

Money International has recently conducted a look at overseas health services in comparison to the NHS. Loss of healthcare is obviously a major concern for expats, and the Euro Health Consumer Index (EHCI) has now published its 2018/19 figures, in which the NHS ranks 16th out of 33 countries, putting it alongside Estonia and the Czech Republic (the EHCI points out that the NHS has never appeared in the top 10). The OECD, meanwhile, has also published its latest findings, and ranks the UK 21st out of 40 countries. It also noted that 69% of Brits surveyed expressed satisfaction with NHS services. Life expectancy, a big part of its focus, currently stands at an average of 81 years – 83 for women but 81 for men – which is one year behind Canada, but still on a par with other OECD nations (the OECD total average is 80). Canada has one of the world’s best health services, but the USA only ranks sixth, with a lower life expectancy (at 78.8) than the UK. The OECD singles out Canada in particular for its long-term care of the elderly, which is considered to be very good.

New Zealand also scores highly, coming in behind Canada. Third in the OECD list is Australia, with an average life expectancy of 83. 85% of people surveyed believe themselves to be in good health. Spain ranks very close to the UK. Ireland has in general a comparably good healthcare system, but the EHCI reports long waiting lists and has ranked the country bottom for accessibility. Elsewhere in Europe, France’s actual medical care is comparable to the NHS, but long waiting lists send it down the rankings. Germany and Portugal also place well.

If you’re heading to South Africa, then there’s good news – the private healthcare sector is one of the best in the world. However, the public system is not so good. It’s well worth considering private insurance if you’re intending to relocate there.

The Daily Telegraph reported in July that new British expats could face large bills when returning home for healthcare, as they will no longer be covered by the NHS. This may be the case even if you own property in Britain, or even if you still pay tax in the country. Ironically, you are likely to keep your public healthcare rights in your host nation, but lose them at home, even if you are still in receipt of a state pension. This has been described as ‘a shock’ by companies such as Blevins Franks, and it’s certainly steep: 150% of the cost of NHS treatment will now be charged to you, as NHS entitlement is residency based. This won’t affect you if you have been living in the EU prior to December 2020, but it could be a hurdle for newer expats if they choose to return home at a later date.

British expats in Dubai have been on standby from July, anticipating increased freedom of travel once the authorities recognise the NHS app. Dubai International Airport is running quick tests for some countries (such as China) at the terminal, and passengers travelling to Dubai from the UK must hold a negative Covid 19 PCR test certificate for a test taken no more than 72 hours before departure. It does not look as though NHS Covid-19 test certificates are accepted yet for travel from the UK, so make sure you know exactly which sort of test you need. If you’re coming back into the UK from Dubai, you won’t need to quarantine, and Emirates is ramping up its flight schedule.

More countries have been going onto green lists in the last couple of weeks, with Norway being one of the latest to open up to fully vaccinated travellers from England and Wales on a restriction free basis. However, if you’re from Scotland or Northern Ireland, hold your horses, as the regulations are different.

In Italy, if you’re coming in from the UK, you’ll still need to quarantine for five days on arrival, but you can visit public places if you show a ‘green pass’ document (proof of your Covid-19 status).

From 8th August, the following nations are going onto the green list: Austria, Germany, Latvia, Norway, Romania, Slovakia, and Slovenia. Meanwhile, India, the UAE, Qatar and Bahrain are going onto the amber list. Mexico and Georgia have recently gone back onto the red list.

We recommend that you keep an eye on your chosen destination, as this fast-moving situation continues to evolve. There are 16 countries on the UK’s green list which are on ‘amber watch’ – restrictions may come back in force depending on how the pandemic pans out this summer. Heathrow’s Terminal 3 reopened in July.

Last month, Digital COVID Certificates were rolled out across all EU member states. If you’re resident in the EU, make sure you’ve got your certificate if you’ve been vaccinated.