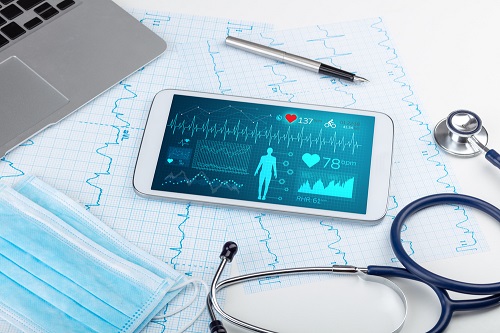 The Health Insurance Hospitals Company (Dhaman) in Kuwait have recently held meetings with the Kuwaiti government, looking at the company’s role in supporting the healthcare sector and fulfilling goals in the National Development Plan, based on the New Kuwait Vision 2035. Dhaman is part of the public and private partnership (PPP) system and will be the company tasked with providing mandatory health insurance to some two million expats in the country.

The latest Expat Insider survey suggests that Taiwan ranked highly when it comes to “affordable” healthcare (respondents rated it at 100% vs 61% globally) and also said that it is “widely available” (98 percent vs. 73 percent globally). It ranks as one of the nations with the most affordable healthcare. Thailand was also rated highly as a healthcare provider by expats, considered across a range of countries globally.

The survey covered around 12,000 respondents with a total of 177 nationalities in 181 countries or territories.

UAE ‘does not have’ enough health professionals

Gulf News reported in late July that Dubai does not have enough healthcare professionals to fill available jobs. Employers need to generate incentives and packages in order to attract personnel, local recruiters say. The lack is partly due to demographic shifts caused by the pandemic, by ‘localisation’ and expats leaving the workforce, and by new clinical facilities elsewhere in the Gulf States employing personnel from the Emirates. AI chatbots and the digital medical sector can take up some of the slack, but not all.

A large number of tourists have been caught in a lockdown on an island often referred to as ‘China’s Hawaii.’ Hainan has been the latest place to suffer from China’s draconian zero-Covid policy, with a small outbreak of a Covid variant triggering a lockdown. Public transport on the island and non-essential businesses have been closed down. This is likely to affect Chinese visitors rather than expats, but some expats have been affected, with one reporting to Fortune that he was unable to re-enter his hotel because the Covid code on his phone had changed from green to yellow during the duration.

This is worth bearing in mind if you are intending to travel to China. You will need an app on your phone, operating on a traffic light system, and the strict regulations mean that if your code is mistakenly changed by the authorities, as happened in the above case, you won’t be able to change it back.

Covid regulations in China are affecting a large number of people. Investment bank Nomura estimates that in late July there were 260 million people in China under partial or full Covid lockdowns – around 1/5 of the population. Worth bearing in mind if you’re planning to travel there in the next few weeks or months. Flights directly from the UK to China are still suspended, but if you are a British national, you may be entering from a third nation. Check entry rules on your local government web page to avoid being caught out.

Delays in the GHIC card

As many Brits will already be aware, the new European Health Insurance Card (EHIC) is named the Global Health Insurance Card (GHIC) and replaces the former European version. Although, it currently still only applies to the EU and Switzerland. The government says that the usual time to receive your card should be 10 working days, but that some allocations are currently taking twice this period. Some Brits are reporting that they applied for their new cards in January of this year but are still – at the time of writing – waiting to receive them. High demand has apparently resulted in delays in the system, so be aware of this if you haven’t yet received your GHIC and are intending to travel to Europe. The UK authorities say that they are working to supply everyone as quickly as possible.

According to the UK government, there are two types of cover available. You can apply for either:

If you have an existing EHIC, it will remain valid until the expiry date on the card.
You can apply for a new card up to six months before your current card expires.

The government says that if you need emergency treatment while you’re visiting another country and haven’t received your card, you can apply for a Provisional Replacement Certificate (PRC) from NHS Overseas Healthcare services: +44 191 218 1999.

The PRC will give you the same cover as an existing EHIC, UK GHIC or new UK EHIC until you return home.
When calling for a PRC, you’ll need to give:

To apply for a PRC, contact NHS Overseas Healthcare Services. Note that someone else can apply for a PRC on your behalf. If you need a PRC outside their opening hours, you should call as soon as possible the next working day.

The French government have now approved a €20 million scheme to introduce biometric health cards. This biometric version of the carte vitale will include your fingerprint and will be linked to your bank account – in order, they say, to reduce fraud. There are currently seven million more cartes vitales in France than there are inhabitants, which does suggest that something is awry! The new scheme is currently intended to start this autumn, but no firm timings have been announced and the new scheme will require a substantial amount of new infrastructure, such as new scanners. As an expat, if you have a carte vitale, you should be eligible for a biometric card, but watch this space.