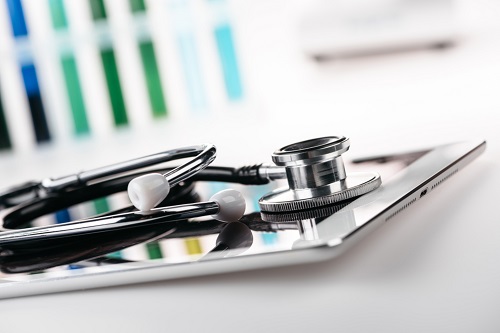 Covid-19 vaccine comes to the UK

The big healthcare news in early December is that the UK has been the first to greenlight the Covid-19 vaccine. The Pfizer vaccination programme has already begun across the UK, with NHS workers and the elderly being first in line for the new jab. If you are a British expat, however, you may be wondering when your turn will come in your host nation.

It’s important to keep an eye on the news in your region. In Spain, for example, vaccines will be coming from both Pfizer and Moderna, and they are expected to be rolled out from January 2021. Spanish Health Minister Salvador Illa is aiming to have a large percentage of the Spanish population vaccinated by May next year.

In Germany, it is also anticipated that the rollout will begin in January. The Standing Committee on Vaccination (STIKO) of the Robert Koch Institute will be proposing a schedule for who should receive the jab first. As in most countries, healthcare professionals and the elderly, including residents of care homes, are likely to be prioritised. To begin with, just over 8 million people are expected to receive the jab.

The French are looking at a three-phase rollout, beginning in January and offering an initial 200 million potential doses of six different vaccines.

Dhaman, the Health Insurance Hospitals Company in Kuwait, has announced that 50% of its shares will be floated for public subscription at the end of 2021. Dhaman is set to be the new compulsory health insurance for private sector workers falling under visa 18, as well as their families. The cost will be KD130 (US$426) annually, and the existing baseline cost of KD2 per visit will continue. New Dhaman centres have already been opened in Farwaniya and Hawalli governorate, and these will be followed by centres in Ahmadi and Jahra.

The aim of all this, as we have reported before, is to reduce pressure on the state health service, and also to decrease the administrative burden of the Ministry of Health. The new scheme will additionally, in the fullness of time, allow patients to access ‘VIP’ services for an extra fee, thus allowing Dhaman to compete with private medical providers.

Around 2 million residents are set to move to the new scheme, which, with close to 1,000 beds, is considered by the authorities to be well suited to cope with the estimated number of patients in the target demographic.

Also in relation to Kuwait, a number of countries, including Britain and the USA, have asked the Kuwaiti healthcare authorities to pay the money owed to international hospitals that have been treating Kuwaiti citizens – currently around KD348.5 million. Some hospitals have had to turn Kuwaiti expats away, as a result of fees not being met. It seems that the health authorities did not claim the relevant budget from the Ministry of Finance, resulting in a shortfall. However, international medical care has now put its foot down.

If you’re an expat resident in Jordan, you may already be aware that the Jordanian government has signed an agreement with a number of private hospitals to use ICU beds for Covid-19 patients. In addition, they have signed deals with suppliers of the Covid-19 vaccine and are looking at an initial coverage of 15% of the Jordanian population. This is quite low, so if you’re resident in the region, keep an eye on local news relating to the vaccination rollout.

Those who have concerns about the new range of vaccines to combat Covid-19 have raised questions about whether the vaccination will prove to be ‘mandatory by stealth’. In other words, they wonder whether you will still be allowed to travel, or use public transport or other facilities, if you have declined or not received the vaccine.

This issue was highlighted in early December, when it became clear that the rollout was pending, and when Australian airline Quantas reportedly stated that vaccination would be necessary for any travellers hoping to fly with them. A Quantas spokesman hinted that the airline would not be unique in its approach.

The British government has said that there are currently no plans to bring in ‘vaccination passports’ specifically for Covid-19. There are warnings that these could be produced fraudulently, and presumably any such document would need to be biometric. However, seasoned travellers have pointed out that those who travel to communicable disease hotspots have had vaccination passports for years.

“It is the case that most of the larger insurers would already have declined claims for tropical diseases such as malaria or yellow fever if the traveller has not taken advantage of the vaccines available – and this exclusion can be found in policy wordings.”

So, there is a strong likelihood that if you refuse to take the vaccine you will not only be barred from flights, but you could also invalidate your travel insurance. This is because you would effectively be breaking its terms and conditions, unless you could show that you were medically exempt (for instance, pregnant women are currently not eligible for the jab until further testing has been carried out).

A recent Sky news poll suggested that around half the British population would back a travel ban. However, it is not clear whether, for example, they would support unvaccinated people being able to access pubs and restaurants. The issue is an ethical minefield and would need careful exploration – but, as with all things Covid-related, the clock is ticking loudly.

City A.M. also suggested that the financial authorities would consider changing cover to be ‘onerous’, and thus travel insurance customers would need to be made aware of this risk at the point of sale. If this is a concern of yours, we advise that you contact your travel insurance provider before you travel.