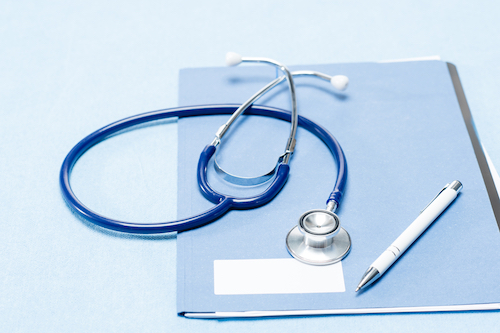 A primary concern for Britons living in the EU with regard to healthcare is, of course, Brexit. The UK has now officially left the EU, at the end of January 2020, and the country is now in a transition period until the end of the year. British citizens in Europe are rightly concerned about their continued entitlement to public healthcare in the EU nations.

What does the Brexit Withdrawal Agreement say about healthcare?

The withdrawal agreement suggests that existing entitlements to healthcare will continue for settled British residents in EU states. Therefore, the S1 Form will continue to give free cover for British pensioners and those receiving certain long-term benefits, in addition to their dependents, if they are already living in the EU. However, the UK authorities have said that the S1 will no longer be available to early retirees.

If you are currently employed and paying contributions into the social security/health insurance scheme in your host nation, then your entitlement to public healthcare will continue at least until the end of 2020.

The UK government website explicitly states that if you’re living in an EU country now or if you move there permanently before 31 December 2020, you’ll have life-long healthcare rights in that country – just as you do now – provided you remain legally resident.

The European Health Insurance Card (EHIC) will also provide free emergency care while travelling in other EU states, but expats should note that UK-issued EHICs will only remain valid up to the end of the transition period.

There are some things to bear in mind depending on which EU state you are currently living in. In order to qualify for permanent residency in France or Spain, for example, expats may be asked to show evidence of comprehensive health cover. If you do not hold a S1 form, you may need to join the local public healthcare system, if that is an option, or prove that you have sufficient private health insurance cover.

The other big healthcare story that could affect expats is, of course, the coronavirus outbreak. Thus far, two people in the UK have tested positive for the virus. The patients, (members of the same family and believed to be Chinese nationals) are receiving specialist treatment at the Airborne High Consequence Infectious Diseases Centre in Newcastle’s Royal Victoria infirmary.

The Foreign Office is suggesting that Britons do not travel to China and is, moreover, also advising that the 30,000 British nationals currently resident in the country should leave. The FO has been chartering flights to take British nationals out of Wuhan, the centre of the outbreak, but complications have apparently also been caused by the diminishing number of British officials in the country. This has led to comments by British expats in China that they feel that they have been abandoned by the British government.

The situation is particularly concerning for expats who have a Chinese spouse and children: as one British expat pointed out, visa applications can take months, so bringing your family into the UK is not a simple matter. Britons in China also have employment contracts, teaching contracts, and their own businesses, which cannot be left at a moment’s notice.

Expats in China are advised to keep monitoring the situation.