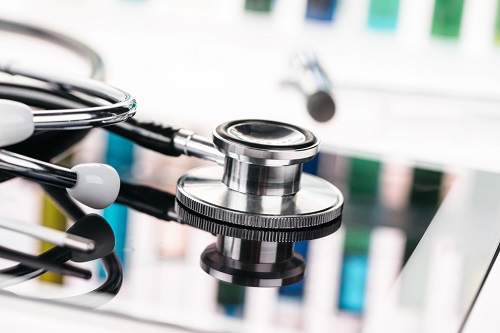 Healthcare news for expats is still dominated by one issue, and we don’t need to tell you what that is. UK travel regulations have changed in January and February, and we take a look at this below, as well as a couple of other health-related issues.

UK gets tough on border control

The UK has significantly tightened up its border controls in the past month, in response to the South African variant of Covid-19 sweeping through the South East.

It is now illegal to travel abroad without a legally permitted reason to do so. You can’t travel abroad for holidays or other leisure purposes.

The government says that those who are travelling for exceptional purposes will be subject to a specific compliance regime and end-to-end checks throughout their journey. Additionally, you will only be able to enter the UK via a small number of ports. Every passenger will need to demonstrate a negative Covi-19d test result 72 hours before they travel to the UK, and they will then have to quarantine for 10 days. Any positive result will automatically undergo genomic sequencing to confirm whether you have a variant of concern.

Travellers from a large number of other countries are banned, and there is a new – and costly – system of hotel quarantine for UK and Irish residents who have been in red list countries in the last 10 days. Before you travel, you will have to book through an online portal and pay for your quarantine package. This costs £1,750 for an individual travelling alone and includes the hotel (which will be closed to other guests, and at which there will be no mixing), transport and testing. Scottish travellers say that it is not clear whether they will be able to settle the fee in instalments – as is possible in England.

The government says that they have contracted 16 hotels, for an initial 4,600 rooms, and will secure more as they are needed.

The rise of the staycation

Matt Hancock has suggested that British people refrain altogether from booking a summer holiday abroad and says that he himself will be going to Cornwall (if he’s allowed, presumably). Dominic Raab had, earlier, counselled people not to travel.

The UK has got a handle on its vaccination programme and, in mid-February, hit the 15 million mark, with a high percentage of elderly British citizens now having had at least their first dose of one of the approved vaccinations. However, other European countries, such as Portugal, have not been so quick off the mark, and even if Britain hits its vaccination targets and opens for business, this does not mean to say that British citizens will be able to travel elsewhere. So, to avoid disappointment and last summer’s hassle of trying to retrieve flight fees and so forth, it might be advisable to sit tight, unless you absolutely have to travel, until it’s all as over as it is going to be.

February has seen a UK government update on the future of healthcare for British citizens resident in the EU. They say that the current healthcare rights of British nationals should continue, but this will to some extent be dependent on individual nations. More information on a country-by-country basis (not just in the EEA) can be found on the UK government website.

Note that, as we reported last month, you can also apply for your GHIC. This is the replacement healthcare card for the old EHIC.

Globally, governments are increasingly calling for vaccine passports, or at least some kind of internationally accepted certificate, in order to open up travel once the pandemic starts to get more under control. A phone app might be one answer to this; authorities are considering a number of options. British developers MVine and IProov are currently working on an immunity and vaccination passport, which will be NHS tested. This would allow your test results or vaccination status to be registered and easily shown. As we’ve reported before, vaccination passports are nothing new. The UK requires proof of TB inoculations for some visa applicants, and some nations need you to show that you’ve had encephalitis, polio or yellow fever jabs before you’re allowed entry.

Etihad and Emirates are among the airlines saying that they will be using a digital travel pass developed by the International Air Transport Association (IATA), and as we’ve noted previously, Quantas will be insisting on proof of vaccination. SAGA are also insisting that its customers should be vaccinated before they can come on cruises or other holidays.

Israel has signed a joint vaccination travel agreement with Cyprus and Greece, and the Greek government is pushing the EU to put a similar agreement in place. Spain is taking a similar approach and is also compiling a register of those who are refusing to have the vaccine, which it says it will share with the rest of the EU. A number of other EU nations, plus Iceland (which has already started issuing e-vaccination certificates and is ahead of the curve due to its small population), are considering such initiatives, with the aim of facilitating travel within Europe.

Debates about ethics abound. Critics say that insistence on a vaccine might privilege wealthier nations who have had access to the vaccine first and might prevent people from poorer countries undertaking vital travel. There is also the issue of whether restrictions on movement amount to a violation of human rights. Weighted against this is the issue – also related to human rights – of whether restricting the movements of people who have been vaccinated is ethically sound. The Oxford Uehiro Centre for Practical Ethics told The Lancet that “if we have the technology to decide who is not a risk, we should use it.”

If you are about to receive your vaccination, therefore, keep an eye on the requirements in your host nation relating to proof that you’ve had your jab.