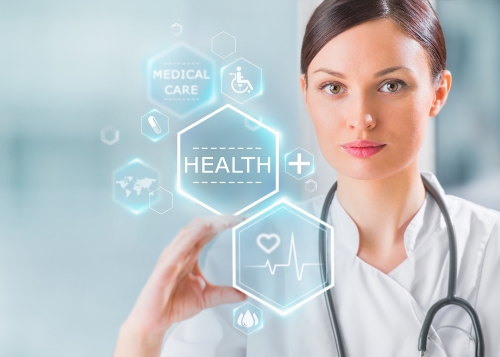 Insurance firm Aviva has announced that it’s leaving the international private medical insurance (IPMI) market to focus on its other UK insurance businesses.

Aviva’s health insurance business is being taken over by Aetna International and Aviva has confirmed that they will maintain a relationship with current clients until their renewal time, when they’ll be offered terms from Aetna. The cessation of new business and transfer at renewal process starts from the 1st of May this year and will run for 12 months. Aviva is maintaining headcount within the teams that service the policies to ensure that both intermediaries and customers will receive support as and when required until the policy is renewed elsewhere.Aviva says it’s leaving the IPMI market because it’s no longer focusing on the sector and wants to concentrate on areas where profitability and scale can be achieved. They also say they do not have a distinct competitive advantage within the marketplace.

Aetna International’s chief executive, David Healy, said: “We are committed to delivering Aviva’s IPMI customers continued cover and will provide comparable benefits and excellent levels of service. “Our expertise, scale and customer service will allow us to make a contribution to help improving people’s health and the quality of care they receive.”

The state of the world's health insurance market revealed

An annual report from global insurance advisory firm Pacific Prime has revealed what expats are paying for their international health insurance.

The figures for 2017 reveal that the average price per annual premium being paid was $8,105 (£5,830). The firm looked at four demographics across 100 countries and found that premiums rose by 9.2% on average around the world.

Pacific Prime has now published its inaugural report to help companies and expats alike gain the insights they need to make an informed decision when buying or renewing their international healthcare insurance.

Health insurance is mandatory for everyone working and living in Switzerland but figures have revealed that just 37% of the country’s healthcare costs are covered by the basic health insurance premiums. The balance sees the government contributing 20%, and 10% comes from accident and social insurance.

Clampdown on expats without healthcare cover commuting into Switzerland

Meanwhile, the Swiss government says the number of expats commuting to work in Switzerland has increased in recent years which has led to calls to ensure that non-resident workers have compulsory Swiss healthcare insurance.

The expat workers must have this insurance for themselves and family members, unless they have applied for an exemption.

The travelling expats now account for 6% of Switzerland’s workforce with the rules stating that the commuters must return at least once a week to their own place of residence.

Children of expat staff ‘need to be considered’

The health and wellbeing of expat children should be considered by employees, says one expert.

Sarah Dennis of The Health Insurance Group told one industry magazine that employers moving employees overseas can bring huge benefits for them and their employee – it can also benefit their family.

However, with research pointing to issues over health and wellbeing affecting children, including their mental health, when they’re older means employers need to consider the expat’s dependents as well as the expat.

Ms Dennis pointed to a recent Danish study which followed 1.4 million children into adulthood which highlighted that some of them had an adverse reaction to moving home during childhood – particularly those who move frequently.

Now, employers should help mitigate the risks for families and the expat by investigating preventative measures to support physical and mental health well-being while the family is overseas.

Expats in GCC among those who bypass their GP

A study has revealed that 41% of residents in the GCC will go directly to a specialist when falling ill rather than visiting a GP or their family doctor. The organisers of a major health conference in Dubai says there is a lack of awareness of visiting a GP in the GCC with only 34% of respondents saying they would visit a general practitioner when poorly.

The survey revealed that 36% of expats in the UAE do not visit their GP and 28% of them will go directly to a specialist instead.

A spokesman for the conference organisers said: “There is a large expat population in the GCC, particularly in the UAE, which makes it a challenge for some to create a long-standing relationship with a primary health care provider.

“However, we recommend that expats and residents find a trusted doctor who can then coordinate medical care including referring them to a specialist when necessary.”

Dubai's employers urged to reinsure healthcare for their staff

Employers in Dubai are being urged to renew their employees’ health insurance coverage or face a DH 500 (£1,195/$1,662) fine. The call comes from the Dubai Health Authority who say that sponsors and employers need to renew healthcare insurance every year or face the fine which will be imposed on a ‘per person per month’ basis.

The authority says these fines will be deducted automatically at the time of renewing an employee’s visa via the electronic system.

It’s been law since January 2014 that employees in Dubai have a basic insurance package in place for their employees which costs between Dh500 and Dh700.

The authority says more than 4.6 million people have health insurance coverage in Dubai and very few expats working have not got health cover.

The growing popularity among healthcare providers of telemedicine, that is speaking to a doctor remotely via a video connection, has seen health insurer BUPA teaming up with a firm offering a network of interactive doctors and artificial intelligence solutions.

The aim is to improve customer experience which has led to the tie-up with HealthTap to improve the speed and quality of care for BUPA’s clients.

The firm’s chief executive, Evelyn Bourke, said: “We have worked together to promote for our customer needs, a number of solutions such as finding local doctors easily, scheduling immunisations and physiotherapy sessions and doctor visits with local clinics. We can also connect our care home residents with doctors by video chat.”

She added that BUPA is looking to bring leading digital care and health experiences to its offering.

The best countries for expat retirees

Access to cheap healthcare for expat retirees is a major consideration when it comes to shortlisting potential countries to retire to.

The magazine says that along with scoring highly for healthcare provision for its expats retiree community, the country also scored well for offering a healthy lifestyle.

The Costa Rican healthcare system is open to expats as well as citizens and will cost a couple , on average, $95 (£68) per month.

The UK’s government is looking into a newspaper’s claims that journalists applied for, and received, European Health Insurance Cards by using fake information.

The EHIC scheme enables someone from the UK to access medical care while in the European Union with the costs being reimbursed by the NHS. In most countries, this care is restricted to emergency cover.

Now politicians say the scheme is open to fraud after journalists supplied fake National Insurance Numbers and applied under names such as ‘Theresa May’ and ‘Donald Trump’ to obtain the cards.

The fears have been raised by the Parliamentary health committee which says that fake cardholders could access emergency treatment while working in the European Union with the bill being passed to the UK’s National Health Service for their care.

Malaysia’s government has revealed that the health insurance scheme it will unveil this year will cover expat workers in the country. The non-profit health insurance undertaking is designed to offer affordable health care to those living there.

In a bid to beat growing health insurance costs, Aetna International says other healthcare providers and insurers should move to a value-based care model. This will see doctors, for example, being paid on their patient health outcomes.

A study by HR consultants Mercer and private health insurer Vitality Health has revealed that the equivalent of 30 days of productivity is lost in the UK every year because of staff members taking sick leave or, because they are ill, underperforming at work.

A new app may attract interest from expats since they can apply for international insurance for medical and dental cover whenever they need it. The Revolut app costs from £1 per day with prices rising depending on the option selected.

The Australian government is urging health insurance providers there to keep premium increases as low as possible this year to help encourage take-up among citizens and expats. They say the rise should be less than 4% which will be the lowest increase for nearly 20 years.

Children who are born to expats who are legally residing in Taiwan can immediately benefit from national health insurance coverage. An amendment to the law was made from one December since a six-month requirement to leave into Iwan was necessary. The move could benefit up to 800 babies born every year and save their parents NT$3,000 (£73/$102) on post-natal fees.

Employers in New Zealand wanting the best foreign talent should offer a range of benefits including health and wellbeing programmes, says Shay Peters, a director of a leading expat recruitment firm in the country. Along with offering better wages for expats to attract talent back to the country, he says healthcare is highly attractive to professionals.

Expats living in Saudi Arabia have been reassured by the government there that vaccines are free for all children in the kingdom, regardless of their nationality. Immunisation is free at government-run medical facilities but expats using a private clinic may be facing a S$4,000 (£764/$1,066) bill.

The Norwegian government and many social media users have been poking fun at an Australian travel website, SmartTraveller, warning Australian expats and travellers in the country of potential polar bear attacks.