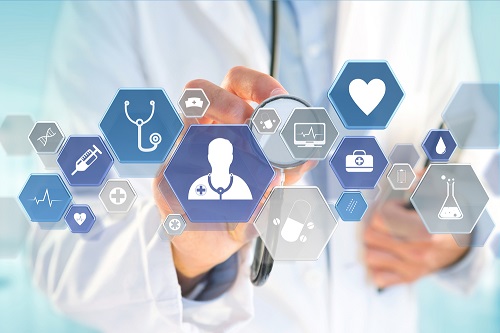 Health news for expats continues to be dominated by Covid-19. On a positive note, the Omicron variant appears – on the face of current evidence – to be milder than first feared, and the vaccination wall seems to be holding. Regulations against Covid-19 vary considerably from country to country, even within the UK. This month, the government at Westminster has kept its lighter restrictions, whereas Scotland and Wales have tighter regulations in place. We’ll take a look below at some health news from around the world.

A free booster drive for expats started in Muscat for the first week of January. The Tarassud app allows you to sign up, and the main vaccination centre is at Oman Airport. The Directorate General of Health Services says that they are also offering free first and second doses to those expats who have not yet been vaccinated. The authorities have also issued reassurances, following a case in which a recipient reportedly received an expired vaccine. Vaccines are still extant past their ‘use by’ date, according to the Ministry of Health.

British expats who have been vaccinated outside the UK and then returned home have reported problems accessing the new digital Covid pass. Some have been told to travel hundreds of miles to get their medical records updated, due to a lack of available appointments. This shortage is ironically partly a result of Covid itself, which has had an impact on NHS staffing levels. Expats have also reported an unspecified technical hitch. The Covid pass is now mandatory at certain venues, such as nightclubs and racetracks, and can take the form either of an app for your phone or an actual letter from the NHS.

Your medical records are not automatically updated if you undergo treatment, such as vaccination abroad. The Department of Health guidelines say that the NHS will “not [be] able to register your overseas vaccinations unless you book in advance.” Lib Dem MP Wera Hobhouse has raised the issue in Parliament on behalf of some of her constituents, who have been resident abroad but who have now come back into the UK, saying that it has been a problem since the summer.

You can, however, bypass this difficulty at some venues by showing evidence of a negative lateral flow test. Do double check with the venue, however, to avoid disappointment.

The end of the first week in January saw a highly publicised kerfuffle over the tennis player Novak Djokovic’s vaccination status. The tennis star entered Australia for the Open with a debated medical exemption, and many expats were left fuming at the idea his deportation may be overturned. However, the final ruling was that Djokovic did have to leave the country, although he may be able to play in next year’s tournament.

Elsewhere in the Antipodes, New Zealand has extended restrictions on Kiwi expats returning home from Australia until the end of February. The rules were supposed to have been revised from mid-January, with non-quarantine travel opening up, but this has now been pushed back until the end of the following month. The length of stay in state quarantine has been extended from a week to ten days, and the pre-departure test requirement has fallen from 72 hours to 48 hours before travel.

Hong Kong’s notoriously strict Covid regulations could have an impact on education in the city-state, the South China Morning Post reported in January. International schools are intending to shorten their year-end to enable teachers to travel during a longer than usual summer holiday. Many expat teachers have not been able to return home to see their families for the past two years. Regarding student numbers, meanwhile, parents are reporting a decrease in competition for places in education, signifying an emigration wave. There have been 6,000 new vacancies at secondary schools since the summer, as expats leave HKSAR for home or other less rigid and troubled destinations, such as Singapore. The SCMP reports that at the elite Queen’s College in Causeway Bay, fewer than 20 parents turned up for the first day of the application exercise. Primary school vacancies have also seen an increase as parents pull out.

Meanwhile, two universities in HK have told staff and students that they must be vaccinated, or face a range of penalties, which could include enforced leave or withdrawal from studies. Chinese University and Lingnan University have explicitly told staff and students to comply, whereas other institutions have not yet spelled out possible penalties.

France to lift ‘ban’ on tourists from the UK

Responses to Omicron have varied quite widely across the globe, but the French government has been taking tough measures, with a ban on non-essential travel into and out of the UK. As well as proof of vaccination from a registered health professional, and a sworn statement that you are not suffering from any symptoms of Covid, travellers have needed to prove that their travel has been essential. But from the 14th January, these restrictions will be lifted for the vaccinated – for those who are not vaccinated, the ‘essential travel’ regulations remain in place.

Note that if you are resident in France already, the country’s passe sanitaire (vaccine passport) is likely to require the addition of proof of a booster. Check local vaccine passport rules for more information.

Property Guides issued the results of a survey in the New Year showing the world’s cheapest locations when it comes to healthcare. In Europe, Italy gained a gold star, with its tax-funded Servizio Sanitario Nazionale (SSN) being deemed the most accessible healthcare system in the EU for British nationals. Germany and the Netherlands came next, with Germany having the highest number of hospital beds in Europe, and the Netherlands having one of the highest performing healthcare systems.