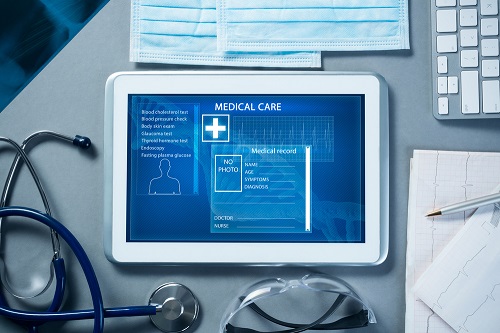 A recent petition has called for the end of quarantine for fully vaccinated Brits travelling between Spain and the UK. The petition, set up by Ashley Bowman, notes that countries on the red or amber travel list have large expat British populations and says that, if British citizens have had both jabs, they should be allowed to return to the UK to see their families without going through quarantine.

The British government has responded that their primary concern remains public health, particularly given the spread of the Delta variant, and that measures will be reviewed on 31st July and again on 1st October. However, they insist that quarantine should only be relaxed for those who have been vaccinated by the NHS. This essentially means that you can only travel without quarantine restrictions if you have had your vaccination in the UK itself. Since Spain recognises the NHS vaccine and does not insist on a negative test before doubly vaccinated people enter the country, Brits say that this lack of reciprocity is unfair. In addition, the EU now has a fully functioning digital Covid-19 vaccination certificate in place.

Brits in Spain say that they have been inoculated with a vaccine that has been licensed by the UK, and still are not allowed to travel without quarantine. They protest that they have once again been treated as an ‘afterthought’ by the UK government. Not everyone can afford quarantine, in terms of both time and money, and meanwhile, some expats have elderly relatives whom they are still not able to visit.

Aviation consultant Robert Boyle, who is a former chief strategist for British Airways, has called for an additional 22 countries to be added to the green zone of the ‘traffic light’ travel list, including France and Italy. In order to be placed on the green list, he asserts, a country needs to have 20 cases of Covid-19 per 100,000 people and also a positive testing rate of beneath 1.5%. Boyle says that there is no reason why a number of countries, which are currently languishing in the amber zone, should not be moved to the green list, from Azerbaijan to Vietnam.

This contention has been disputed, with critics saying that the government are not using a specific algorithm and that decisions on the traffic light scheme are dependent on political and economic factors, as well as health-related reasons. However, even those critics admit that measures are needed to ‘urgently salvage the summer.’ The traffic light system is governed by the Joint Biosecurity Centre, part of the UK Health Security Agency.

In mid-July, the Daily Mail published an article based on research from Oxford University showing that all but two countries on the UK’s amber list had lower Covid-19 infections than the UK itself, a result of the Delta variant sweeping the country. Mongolia, the Seychelles, Tunisia and Namibia are the only countries on the red list that are being hit worse than the UK. However, remember that this reflects infections only, not hospitalisations or deaths.

From 19th July, fully vaccinated English residents will be allowed to travel to amber listed countries without quarantining, although you will still need to take two Covid-19 tests: one three days before you return to the UK, and a second one within two days of getting back. The first one needs to be a specified type of lateral flow test, and the second one will need to be a ‘gold standard’ PCR test. Note that the revised rules apply only to England, not to the other countries in the UK, who have their own regulations.

Around two thirds of British expats abroad are estimated to have had both vaccinations.

We will take a look at these one by one:

You won’t be allowed to enter the country.

You won’t need an essential reason for travel, or to quarantine. You will, however, need to have a negative PCR test conducted within 72 hours of departure, or a negative antigen test within 48 hours. You’ll also need to swear that you haven’t been in contact with anyone with Covid-19.

If you’re travelling from the UK, you won’t need a test if you can prove you’ve been fully vaccinated. You will need to undertake a pre-departure digital registration.

If you’re over six, are coming into Italy from the UK, and have been in the UK for the past 14 days, you will need a negative test conducted within the last 48 hours, and you must self-isolate for five days, with another test at the end of this.

If you are fully vaccinated, you won’t need to isolate, but if you have not had your jabs, you will be required to undertake a 14-day quarantine.

If you’re British and over 12, you’ll need proof of a negative test or proof of full vaccination to enter Spain.

You won’t be allowed to travel from the UK to the States.

Expats living in Turkey have praised the country’s response to Covid-19 in late June, saying that social distancing has been good, the vaccination roll-out effective, and that communities have been visibly supporting the elderly. One Italian expat called his local doctor for advice on whether to travel back to Italy to get the jab but was invited in to be vaccinated there and then. German residents say that, in their opinion, the Turkish response has surpassed Germany’s.

With both the Euros and Wimbledon going ahead this year, the International Olympic Committee said in July that the Olympics would not be cancelled either. Instead, it will be going ahead in Tokyo as planned. You’ll have to watch it on TV, though, because international spectators are still not allowed.