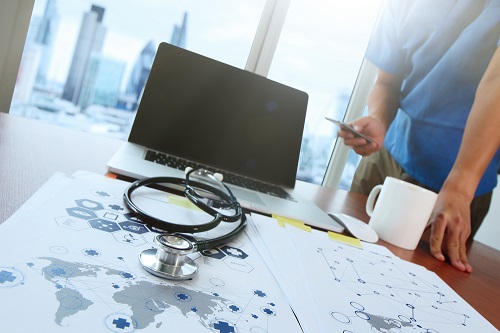 Expats returning to the UK may face NHS costs

The Daily Express reported in late June that elderly expats returning to the UK might find themselves facing steep NHS healthcare costs once they’re back in England. The International Consortium of British Pensioners says that around 1 million British pensioners are living abroad, but may retain ties with the UK – for example, they may return to visit family and friends. However, should they require hospital treatment during a visit, they may incur charges.

So even if you have been paying taxes and indeed NI contributions into the UK’s coffers, you could still face medical bills – to a tune of 150% of the national NHS rate, as part of the immigration health surcharge.

The government says that: “Being ordinarily resident is not dependent upon nationality, payment of UK taxes, National Insurance contributions, being registered with a GP, having an NHS number or owning property in the UK.”

To be considered ordinarily resident, you must be living in the UK on a ‘lawful and properly settled basis.’ However, you should note that these regulations apply to England, and if you’re travelling to Scotland, Wales or Northern Ireland, it’s a good idea to check the regulations in those nations as well, because they may be different.

If you’re intending to visit England for a stay of under six months, therefore, it’s a good idea to make sure you have the right private health insurance to cover you during your visit, as you may not be able to rely on state care. Some services will remain free of charge, however, such as A&E emergency treatment and treatment for infectious diseases.

Some notes on Monkeypox

Reports of a new infectious illness hit the press recently. Prior to 2022, the illness was confined to parts of Africa, but has now spread somewhat. It’s originally contracted from bites from infected animals. It can be spread from person to person, however, via the following vectors:

It is possibly spreading because the smallpox vaccination was also effective against Monkeypox, but since fewer people are now being inoculated due to the eradication (mainly) of smallpox, immunity from inoculation has now waned. If you’re unfortunate enough to catch it, you can expect symptoms ranging from a rash, to fever, blisters, fatigue, chills, muscle aches and general flu-like symptoms. However, unlike Covid-19, it’s rarely fatal. It’s not an illness that you’d want, but it’s unlikely to kill you. It also doesn’t spread as easily as Covid-19, so overall, your risk is low, and the WHO doesn’t suggest routine vaccinations against it. However, if you are planning to travel to the relevant parts of Africa, it might not be a bad idea to consult your GP about having the jab.

William Russell say that Monkeypox ought to be included on most health insurance policies that cover infectious diseases, which are standard from most providers, and the illness is unlikely to be specifically excluded. However, they counsel that you should check with your provider if you have any concerns.

Saudi’s population decline ‘due to Covid’

The Saudi population declined by over 2% across the course of the pandemic, reported the Kingdom’s General Authority for Statistics (GASTAT) in June. This was due not to the mortality rate, but due to the exodus of expats from the country. By mid 2020, 1.2 million expats – mainly from Pakistan and India – were estimated to have returned home, partly as a consequence of job losses generated by the pandemic.

The UAE has tightened its Covid-19 restrictions recently due to a rise in case rates. Infections doubled in a week in the first part of June, and thus the stricter enforcement of an indoor mask mandate were brought into play. In early July, cases were running around the 1,700 mark. So, if you’re planning on travelling to the UAE, do keep an eye on the situation as regards the pandemic, just in case there are any travel restrictions.

Overall, across the world, travel restrictions are gradually being lifted, as vaccination rollouts continue to have their effect and the pandemic wanes. As a brief update:

Canada: you no longer require a vaccination to board planes or trains from 20th June. However, inbound travellers must update their details in ArriveCAN.

The authorities say that you must use ArriveCAN to provide mandatory travel and public health information before and after your entry into Canada, and also note that this isn’t just a public health measure, but is part of ongoing modernisation of the border.

USA: the CDC has scrapped the testing requirement for inbound travellers.

EU: mask mandates on flights were lifted from May, although individual member countries may still require them (it’s a good idea to have a mask with you when you travel, just in case). If you’re coming in from the US, check that your CDC vaccination card is accepted as proof of vaccination. Member states may make individual decisions as to who to allow in from the States, as well.

UK: You do not need to complete a UK passenger locator form before you travel, take any COVID-19 tests or quarantine when you arrive in England.

As a comprehensive check within the last month, you can take a look at Forbes’ website, which lists current restrictions (June-July) throughout the European Union.

However, note that the situation can change very quickly with regard to Covid-19 (as expats resident in Shanghai have found recently), and governments and health authorities reserve the right to bring in new or previous measures if there is a resurgence of Covid-19. If you’re travelling, therefore, it’s a good idea to keep an eye on government healthcare sites and travel advice.