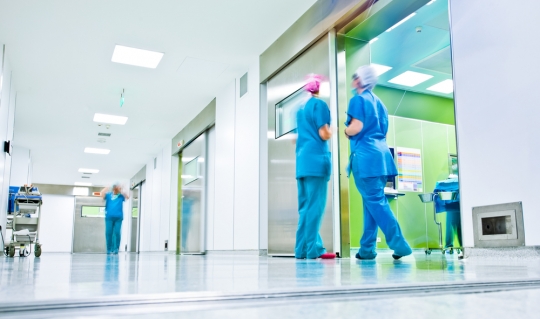 iPMI costs increase due to fraud

Expats who grumble about the cost of international private medical insurance (iPMI) will not be pleased to know that the increasing costs are partly down to widespread fraud, a report reveals.

Aetna International has found that along with fraud, there is abuse and waste in the healthcare industry that is costing the sector tens of billions of dollars every year and leading to higher health insurance premiums for organisations and individuals.The insurer operates an investigations unit that recovers more than $3 million (£2.26m) every year and saves tens of millions with its activities. The report makes clear that those perpetrating the healthcare claims fraud believe it is a victimless crime but with increasing costs for health care providers and insurance partners, it’s a costly one – with the bill being picked by expats and their employers. The frauds are varied and can range from hospitals and brokers to organisations and individuals.

Aetna says there are high incidences of prescriptions that do not match with the claimant’s medical history, claim forms being altered for more expensive prescription items or misspelling medical terminology.

They say that last year, one investigation led to someone being identified who was costing $450,000 in fake bills which led to legal action to recover the money.

The firm’s Steven Knox said: “We have a zero tolerance approach to fraud and it’s important that employees and organisations are equipped with the knowledge to identify and then report fraudulent activity.”

The UK-based Health Insurance Group is encouraging employers to consider the health care insurance provision they have in place for the children of their overseas employees.

The Health Insurance Group’s head of international, Sarah Dennis, said: “Employers need to be prepared that children might fall ill and health insurance needs to be truly for the whole family and not just the employees.”

Expats to be helped with health toolkit

In a bid to help multinational organisations tackle their rising healthcare costs, Maxis Global Wellness has announced it is offering toolkits for employers.

In a joint venture with AXA and Metlife, Maxis says the employers need data and tools to help understand what is driving their healthcare costs across the world for expat employees.

The firms says it will utilise four years of global health data from 37 countries to help mitigate rising costs with the prospect of medical inflation around the world reaching 8.4% this year – that compares with the average rate of inflation of 3.1%.

The toolkits will enable employees to target specific countries and help deliver wellness solutions to their employees.

Mandatory health insurance on the rise

There is a growing list of countries where expats and regular international business travellers need to have mandatory travel insurance with health cover when entering the country, but which countries are applicable?

A survey from US-based Yonder Travel Insurance reveals Ecuador is the latest country to insist on travel insurance proof as part of their visa entry requirements.

A leading provider of international health plans, Integra Global, has announced it has formed a new parish with insurance firm MGEN. Integra says it has a growing client base around the globe and the new partnership will see stronger health plans being delivered for those clients.

A spokesman said: “We’ve put together a package of prompt and efficient claims servicing for a superlative emergency assistance service. Our offering underscores our commitment to expatriates and internationally mobile citizens.”

Among the new benefits for the tie-up are improved financial security, enhanced customer service around the world and long-term health insurance premium sustainability.

For those who are thinking of heading overseas and for those expats already working abroad, some new research has ranked the countries that offer the best and worst access to healthcare and its quality.

The report has been published in medical journal The Lancet and while the US is the world’s wealthiest country, it is ranked at a lowly number 29.

The report looked at health care access and quality along with the incidences of various preventable deaths including diseases which expats can avoid by getting vaccinated against beforehand.

The top five countries offering quality healthcare are Iceland, Norway, the Netherlands, Luxembourg and Australia. The research was funded by the Bill & Melinda Gates Foundation and the full list of countries can be found on The Lancet’s website.

US expats get Cuba health warning

US expats and citizens in Cuba have been told to pay heed to a health warning issued by the US State Department. It follows a medical incident involving a US government employee which is consistent with other experiences recorded by government personnel working in Havana, Cuba.

The incident being referred to is the evacuation of two dozen US government employees and their families from Cuba after they suffered dizziness, hearing loss, fatigue and headaches as well as difficulty sleeping.

The department is now urging any US citizen in Cuba who is experiencing unexplained physical symptoms or events or sensory or auditory phenomena to contact healthcare providers to seek a medical evaluation as soon as possible.

There is growing demand in Saudi Arabia for more money to be spent on healthcare there, with closer partnerships between the public and private sector. The kingdom’s ‘national transformation plan’ is looking to boost spending to 35% from 25% of all healthcare costs. A report from Knight Frank reveals that the kingdom’s young population will put the healthcare sector under strain as they age helping to fuel a big upsurge in demand.

Expat women in the United Arab Emirates are among the 1.8 million there who are being urged to take preventative measures to avoid developing cervical cancer. Health experts say 28 women have died there in the last year to make it the second most common cancer among women in the UAE.

Media outlets are reporting that Kuwait has deported 5,879 expats since 2016 because they carried infectious diseases. The country’s health minister says that AIDS, malaria and TB along with hepatitis are among the reasons for deportation. Media there are also reporting that MPs are planning to ban expats with infectious diseases from gaining residency in the country.

Indian expats in the UAE can now gain access to a new accident and medical insurance scheme called My Indian Care from Gargash Insurance. The cover provides help when an injured Indian expat returns to the country to access healthcare services as most health insurance policies for non-resident Indians do not provide cover when they return home.

Expats living and working in the US state of Vermont need to be aware that a new law being introduced will demand that all residents have health insurance cover or face a penalty.

ANZ Bank New Zealand has agreed to sell its life insurance business to Cigna, who say the move will enable them to provide more solutions to their healthcare insurance customers in the country.

Expats with healthcare cover in Germany will soon be informed that three of the country’s major private health insurance firms are now offering individual electronic data records. The system has been developed by IBM and will be offered by Signal-Iduna, Generali (Central) and DKV. The move means policyholders can access their medical records from hospitals and doctors and x-ray images using their smartphone. They can also decide what data is stored in their account and give permission for others to see it.

Global assistance and claims management provider Cega has announced that it has reduced the time it takes for health and travel insurance policyholders around the world make a claim. They say the number of claims they settle on the first day of being made has been boosted by 15%. The improvement is down to a fully automated claim service as well as a 24/7 telephone hotline.

Corporate healthcare intermediary PIB Group has bought i2 Healthcare, a specialist employee benefits business. Award-winning i2 advises corporations on health insurance as well as employee wellness requirements including private medical insurance coverage. The aim of the tie-up is to enable clients to have access to a broader range of expertise to deal with employee benefits including those firms with expat staff working overseas.

AXA has announced a digital partnership with ING, the Dutch bank. The aim is to provide insurance products along with ancillary services via a central digital platform with clients in six countries now able to access health insurance and other products.

Growing numbers of people in the US are opting to drop their health insurance coverage, with most of these being low earners. The number of uninsured people in the States has risen to 15.5% from 12.7% two years ago. Public health experts are now warning that this could see a big impact on disease control as well as life expectancy.

Azerbaijan-based Pasha Insurance has announced it is looking to extend the number of international health products it offers in the near future. They aim to become the region’s leading health insurance provider over the next three years. Pasha says it will offer health insurance that works around the world with clients choosing one of four zones they may be working or living in for the level of coverage.

Expats in Asia and Latin America will benefit from Teladoc’s announcement of the expansion of its telehealth network. The firm is already a leader in the field and the New York-based provider now operates in 125 countries to deliver virtual clinical risk assessment and medical services in up to 20 languages.

Visitors heading to Dubai will soon be able to buy health insurance from the Dubai Health Authority, who already provide health insurance for 98% of the population, including most expats. The DHA has recently been restructured to help boost health outcomes and a new subsidiary will deliver healthcare cover to visitors.

Expats in Asia who have bought health insurance products from Cigna may have had their private information, including their bank account details, exposed in a system error. Cigna says the error affected a small number of their clients who are working outside of their home countries but declined to give a number on those who had their details exposed.

Indian expats are being warned about returning home this summer after an outbreak of the Nipah virus. So far, 18 people have tested positive for the virus after contracting it in the southern state of Kerala. The Ministry of Health in the UAE has already urged Indian expats there to ‘reconsider their travel plans’ and they have also banned the importation of fresh fruit and vegetables from the state to the UAE.

Kuwait has unveiled a new health insurance service that will be accessible from the country’s official government website. The new service, which could be up and running in three months, will make it easier for expats to renew their registration and pay fees. The government says the new system will be quicker to use and make not paying for health insurance more difficult. The platform will be targeting three million expats with a plan to introduce the service for use on smartphones in the near future.