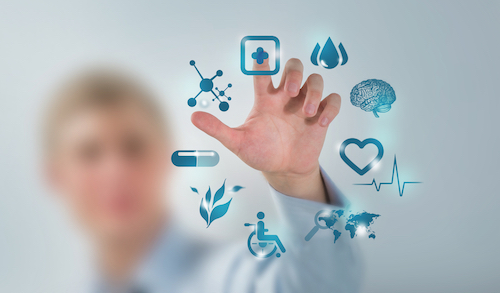 The South Korean government has revealed that all expats living in the country for more than six months will now need to enrol in the country’s national health insurance service. The new scheme begins in July, the Ministry of Health and Welfare states, and is aimed at those employees who do not have health insurance provided by their employer. Previously, expats needed to enrol if they were remaining in South Korea for longer than three months.International students who are enrolled on a degree course and married immigrants will receive coverage from the day they register.

From July, expats will need to pay around $93 (£73) since Korean nationals pay 110,000 won every month for their health insurance coverage. Along with refugees and religious workers, humanitarian residence permit holders will pay a reduced monthly premium of 56,530 won (£37/$47).

However, university leaders say international students will be hit hard by the insurance premium, which is a big hike from private insurance providers that saw students from overseas paying as little as 10,000 won every month.

For the second time since 2017, healthcare fees for expats in Kuwait have been increased. Now, whenever expats need to access medical treatment they will have to pay KD10 (£26/$33) to do so.

The country’s Health Ministry says the move is aimed at reducing congestion in public hospitals and to encourage more patients to use government-run clinics.

Critics of the move say that when medical fees increased last year, there was a 30% drop in expats using Kuwait’s public hospitals.

Expats living and working in Bahrain, or who are thinking of heading there, can now access their pre-employment health check results more quickly. That’s because the national portal has teamed up with various private sector medical facilities to deliver the enhanced service.

Now, instead of waiting up to four months after their health check-up appointment for the results, expats will only be waiting for one week.
In addition, fitness reports are now being processed within one week through the system when previously this took one month.

The Ministry of Health is now using 25 licensed private medical facilities with staff fully trained on how to use the new system.

The Japanese government has tightened its health insurance law which will block the health system from being abused by foreigners who have never stepped foot in the country previously.

The move comes as Japan increasingly welcomes foreign workers in a bid to tackle the country’s labour shortages but this has had various knock-on effects.

One of these is the National Insurance programme which is aimed at workers and their dependents living in Japan with the new law states that non-working spouses must also live in the country before accessing health services.

Survey shows importance of expat health coverage in the US

A new survey has highlighted the importance of health insurance coverage for expats living in America since half of Americans say they put off visiting a dentist or doctor because of fears over the bill. However, this tactic may not be one to follow since the Daily Mail survey highlights that the average emergency medical bill will be more than $12,000 (£9,447) should their problem worsen. In 2017, the average cost of healthcare coverage for Americans was $4,928.

Healthcare provider Generali says that too many employers are leaving their duty of care to expat employees to chance and have launched solutions for this.

The firm has now unveiled personal accident and multinational solutions for those employers with more than 250 employees. The policies will cover those working in the UK and elsewhere in the world and the plans could be a stepping stone to offering a fully compliant multinational programme.

The plans on offer include integrated insurance, assistance networks and a simple online claim submission tool. The firm is also highlighting to employers about the consequences of being exposed to expat employees launching a personal injury claim or suffering from stress and anxiety, which account for 44% of all work-related ill-health cases.

A spokeswoman for Generali said:

"Too many employees risk leaving their employee duty of care to chance where there's a lack of personal injury and accident cover is concerned."

An article published by one leading human resources magazine has highlighted tips from industry experts on how to deliver the best health insurance coverage for expat employees.

They say this is important since expats should be able to access medical care when it’s needed and also give reassurance that should there be an issue then their needs will be taken care of automatically. That will then enable them to focus on fulfilling their overseas assignment.

Among the tasks necessary for delivering their duty of care, HR managers should undertake a pre-assignment medical screening. However, this should also include the expat’s spouse and dependents. This means there will be an awareness of pre-existing medical conditions, including those that are not yet known.

If there are conditions being excluded, what will the potential impact on the expat and their family be? This may mean a policy is not appropriate and HR managers should source another one.

HR managers should also check whether their healthcare provider is covering every foreseeable scenario and is available 24/7 regardless of time zones and the expat’s location.

The article also highlights that HR managers should not assume that a standard healthcare policy will cover all expats for their needs and they will also need to consider other issues that are not just physical conditions, including mental health.

The industry experts also highlight that dealing with any medical scenario may not be the end of the story and there may be a need for delivering longer-term care, including repatriation and further support.

The Health Insurance Group in the UK says that British expat workers – particularly women – who are based overseas should be given access to the same routine health checks as their colleagues in the UK. HIG says employers need to focus on prevention and not just treating those who are covered by a health insurance policy when working overseas and regular screenings of things like cervical and bowel cancer should be implemented for those living abroad.

The government in Thailand has now approved a plan that will force all expats living there with a long stay visa to have mandatory health insurance to remain in the country. The new requirement is for all expats moving there on a one-year non-immigrant and a retirement visa.

Australian expats are being warned over a Facebook ‘hack’ about buying travel insurance policies while overseas but pretending to be resident in Australia which is usually the cheapest option to buy a healthcare policy. However, should the insurer find out that they are not resident in Australia then any potential claims could be refused and the policy will be invalidated.

Business travellers can mitigate the risks they may face while travelling for work purposes using new e-learning modules from insurance firm Chubb. Their ‘Travel Smart’ platform offers direct access to security, medical assistance and alerts on the location where they are heading. The platform also offers HR and risk managers with a dashboard that delivers a summary of their travelling employee’s destinations and whether they are heading into a high-risk area so they can contact them easily using text messages and email.

The UK’s NHS health service is, according to the BBC, about to launch a major recruitment drive to attract expat employees from Europe and beyond. The move is to meet growing needs across the healthcare sector with a number of countries being targeted specifically, along with some non-European countries. However, the NHS says that there are some countries that it has agreed not to target because of their own health system issues and not having enough staff available to deliver care.

A new tie-up between Collinson and Australia-based Aspen Medical could benefit expats in those areas where the local medical infrastructure is lacking. The healthcare services provider, Aspen, will now offer products and healthcare professionals to the global travel assistance company Collinson. A spokesman for the firm said Collinson is looking to widen their global medical assistance and travel risk management offering by giving access to the best protection to employers wherever their expat employees may be located. Meanwhile, Collinson has also partnered with Royal Exchange Healthcare Ltd to launch a new international health insurance plan to employers and employees in Nigeria.

A Healthiest Workplace study by VitalityHealth in the UK found that employees under the age of 25 are three times more likely to be suffering from depression than their older colleagues. They also struggle with higher levels of work-related stress.

Allianz Global Assistance has launched a service for pre-trip reminders to tell travellers who have bought travel insurance what their insurance will and will not cover. The firm says this is to protect those travellers who may not read their policy fully and may not appreciate what is actually covered when they set off and might need to make a claim. The emails are being sent a few days prior to departure with easy to read information about the policy’s benefits.

A new smartphone app unveiled by Punter Southall Health will allow employees to check and monitor every day their mental health. The Havensrock Thrive app has been developed by psychologists and psychiatrists and monitors an employee’s mood daily using a ‘Mood Meter’.

In the face of rising costs, Saudi Arabia is introducing a telehealth care system in a bid to transform the ability to diagnose and treat patients in rural and remote areas. The telehealth solutions are being provided by Philips to allow clinics and hospitals to connect to remote centres where doctors can offer treatment and diagnosis for patients, including expats, providing better access to them. Healthcare is free to Saudi residents and expats working in the public sector but the cost of financing it is putting a strain on Saudi Arabia’s finances.