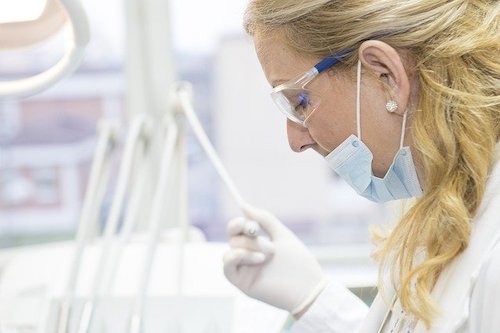 Covid 19 continues to have a dubious pride of place in the international news when it comes to healthcare, but has anything else been happening on this front that expats should know about?

We have reported before on the ongoing situation regarding Thai health insurance for expats, and further confusion has been added to this in May, with Thailand’s tourism authority announcing an additional ‘incomer’ charge to be placed on top of travel insurance at airports. The 300 baht surcharge (just under US$10) would need to be paid by an enormous number of people to cover healthcare costs, and this influx is unlikely to happen due to the pandemic. Expats are asking why the Thai authorities have decided to make this announcement now.

Long term retiree expats in Thailand, particularly those aged 70+ who may find it hard to get medical insurance coverage, are questioning whether compulsory international health insurance will be extended to the 95% of people who are currently without it. Thai immigration authorities have said, however, that annual residence extensions for retirees already need either a regular 65,000 baht monthly payment into a Thai bank account or a lump sum of 800,000 baht maintained for two months prior and three months after application. The lump sum should not fall below 400,000 baht for the remaining months and the bond is regarded as an alternative to traditional insurance.

In other news, Philippine President Rodrigo Duterte has issued a directive to make contributions into PhilHealth, the national health insurance scheme, voluntary for overseas Filipino workers (OFWs). OFWs will no longer be required to pay PhilHealth premiums once they secure their overseas employment certificates.

Filipino expats have been calling on their government to ditch the new policy requiring them to pay 3% of their income into PhilHealth, since most people have insurance from their employers or have undertaken it privately.

In the Gulf, Saudi Arabia has been offering coronavirus-related medical care free of charge to all residents and expatriates, since late April. The Saudi Ministry of Health has also issued an awareness guide in several languages, including English, to raise awareness about the spread of Covid-19.

However, elsewhere in the Gulf in Bahrain, a senior government official has called for sponsors rather than the government to pay for expats’ medical fees during the Covid outbreak. MP Mamdouh Abbas Al Saleh, the head of the Services Committee at the Bahraini parliament, says that treatment fees of the expat labour force and the holders of flexible work permits should be the responsibility of their sponsors or the workers themselves.

On the Costa Blanca, a multinational group of expats, the Bilingüe El Campello Association, have been working hard to make donations of food and hygiene products for those in need during the pandemic. The association has 225 members from 21 different nationalities in addition to local Spaniards interested in learning English. The donation was presented to volunteers from the Civil Protection on behalf of Cáritas, which supports vulnerable people and families in the region.

Expats working in healthcare in the UK were still due to be subject to the Immigration Health Surcharge up until May 21st. The Prime Minister initially refused to back calls for care workers to be exempted from the £624 charge for healthcare even though it was revealed in May that 321 NHS healthcare workers, many from outside Britain, have now died of the virus.

Migrants already pay for healthcare in the UK through their visas (and their National Insurance contributions) and Labour as well as organisations such as the BMA have been asking if they could be made exempt from this surcharge, with the opposition describing it as ‘hypocritical and divisive.’

Dame Donna Kinnair, the chief executive and general secretary of the Royal College of Nursing, said: “We are urging the home secretary to reconsider and waive this charge for healthcare staff from overseas as a matter of urgency. We have already received devastating accounts from members who are struggling to pay the charge, and the impact that it is having on their families’ lives. The current pandemic has served to reaffirm the importance of our internationally educated staff. Without them here, patient care would be at risk.”

The climb down came after senior Conservatives also backed the move to remove the surcharge, calling it ‘mean spirited’ and ‘immoral.’ A government spokesman said that the PM has now asked the Home Office and the Department for Health ‘to remove NHS and care workers from the NHS surcharge as soon as possible.’

More globally, health insurance providers are announcing something of a boom in policies, saying that expats are now – because of the pandemic – staying longer in countries than before and are taking out comprehensive policies.