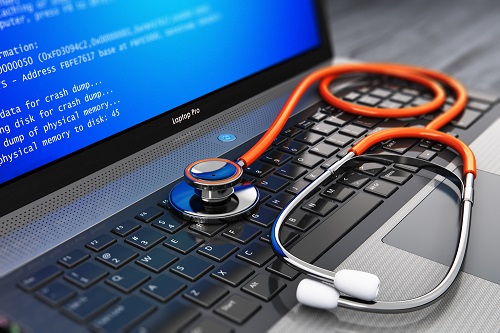 Developments in the Covid-19 vaccine

As you may be aware, there have been significant developments with regard to Covid-19 vaccines this month. Pfizer/BioNTech, Moderna and Oxford University all seem confident that their vaccines will help against the virus, which for almost a year has plagued countries around the world. How these vaccines are rolled out will vary between different countries. Most medical experts urge a degree of caution. Vaccines will not be available to everyone at once, but will instead be distributed on a scale of urgency, depending on age and occupation. As a result, the elderly and healthcare workers will be first in line.

If you are living abroad, you will need to check the vaccination plans in your host country. In Spain, for example, Health Minister Salvador Illa has said that the country is hoping for the Pfizer version, with the Spanish government buying 20 million doses to be available by May 2021 at the latest. This should be enough to treat 10 million people (as each person will need two doses of the vaccine). Spain is hoping that further lockdowns will not be necessary.

France is aiming at a roll-out for January 2021, although there are concerns amongst the French medical establishment that people will not take the vaccine. Around 59% of the French population have said that they are unlikely to do so. These are not, in general, conspiracy theorists, but people concerned about the swift roll-out of the vaccine. The BBC has attempted to alleviate such concerns by fact checking. They say, for example, that much of the time that it usually takes to develop a vaccine is spent on applying for funding.

Germany will also be operating a stepped vaccination system at a proposed 60 centres around the country, beginning in the first quarter of 2021.

In all these nations, there are no plans for the vaccinations to be made compulsory, although medical authorities stress that herd immunity can only be achieved if a percentage of the population (between 50% and 70%) are vaccinated.

Healthcare after Brexit and the EHIC

We have reported on healthcare throughout the Brexit process, and now that the end of the transition period is close at hand, official advice remains the same. Check with your host nation’s health authority as to whether you will be entitled to public healthcare if you are a British expat resident in an EU nation. To take Germany as an example, the British government counsels that if you live in Germany or move there before the end of 2020, your rights to access healthcare there will stay the same from 1 January 2021, for as long as you remain resident. Moreover, your German EHIC will still be viable, and you can use it for visits to the UK.

However, the UK government says that EHICs may not be valid for most UK nationals from 1st January 2021, and you should take out travel insurance with medical cover for your trip to Europe. If you are resident in Europe, you must sort out separate health insurance cover.

If you will be visiting an EU country over the Christmas and New Year period (assuming Covid-19 allows you to do so!), your UK EHIC entitlements will continue until you leave that country to either:

• return to the UK
• visit another EU country

The government website gives a couple of examples. For instance, if you visit Italy for Christmas and New Year and return to the UK on 6 January 2021, you will be able to use your UK EHIC until you leave Italy.

Another example is for those with a second home in France, who wish to leave the UK in December 2020 and return from France sometime in 2021. If during your stay in France you take a day trip to Switzerland, you will only be able to use your EHIC in France until the date of that trip (as opposed to the date you return to the UK).

Some UK nationals will be eligible for a new UK-issued EHIC, and this will remain valid for visits that take place in 2021.

You will be able to apply if:

If you are a student and studying in an EU nation, your UK EHIC will only be valid in the country you’re studying in from 1st January 2021. If you take a trip to another EU country, you will need to take out separate travel insurance.

The British Medical Journal (BMJ) reported in November that there is now a general understanding (in the medical profession, at least!) that a no-deal or minimalist Brexit deal will be temporary, due to the ‘disruption’ that it will cause. The opinion of the BMJ is that future UK governments will face a ‘permanent economic incentive’ to change course. It suggests that, although stricter immigration controls lie at the heart of current Brexit policy, this approach will be unsustainable, as Britain seeks trade deals with countries such as India, which are likely to make any deals contingent on their personnel being able to migrate to the UK. This will include medical personnel, and overseas medical professionals already make up a significant percentage of people working for the NHS.

The British Medical Association (BMA) has called on the government to make immigration more flexible for social care workers and medics. The BMJ says that the UK will definitely be a “less attractive” destination for EU medical professionals, and indeed, many have already left.