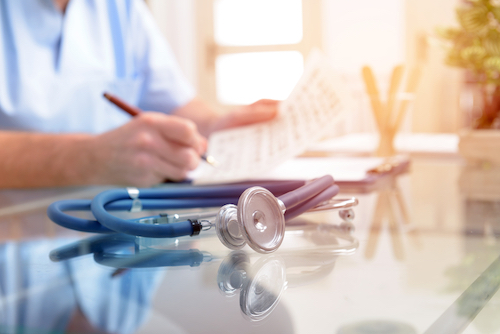 British Expats In The EU Concerned About Healthcare

Ongoing uncertainty concerning Brexit and the deal that may or may not be reached is affecting British expats living in the European Union. The UK government has said that it will pay the medical bills of hundreds of thousands of expats for at least six months, but many people are still worried about their long-term futures abroad.With many countries requiring expats to take out private health insurance if they are not covered by a policy back home, Brits who have been used to the level of care of the UK’s National Health Service, which is free at the point of service, are now worried that they might need to pay huge – potentially unaffordable – fees to ensure that they will still have access to healthcare.

The UK government’s advice for expats in Italy has been a cause for concern for a number of people, due to the level of uncertainty around how to access healthcare, and whether expats will even be able to do so.

The UK and Italian governments are currently locked in a stalemate, with Italy saying that they will not provide for UK citizens living in their country unless the UK guarantees coverage for Italians in Britain.

If a no-deal Brexit happens, then British expats in Italy will almost certainly lose access to their local healthcare providers, meaning that they will be required to sign up for pricey insurance coverage.

Expats Prepare For Winter In The Northern Hemisphere

Expats in the Northern Hemisphere are preparing for the winter season. Particularly for those from warmer climes, the temperature, darkness and weather extremes can come as a nasty shock, and it is important to ensure that you are as well-prepared as you can be.

Seasonal Affective Disorder is a real problem afflicting huge numbers of people; some health insurance policies will cover mental health concerns, including SAD, so check with your provider to see if this is an option for you.

Physical health must also be taken into account. Some countries, such as the Scandinavian countries, Scotland and Canada, see extreme weather conditions including blizzards and snow avalanches throughout the winter. If this is your first winter abroad, make sure you take advice from locals to prepare before the winter fully hits.

New US Healthcare Regulations Come Under Fire From Expats

New regulations in the US require expats to show that they have health cover in place within 30 days of arriving in the country.

However, many expats are claiming that these rules are unfair, since it is difficult to sign up for cover before arriving, and often it can take more than a month to find, and sign up to, an appropriate policy. Often expats need to provide proof of address and income to their insurers, too, which can be difficult if they are receiving a monthly pay check which might not come through quickly enough.

Hospital workers across the Netherlands are planning to go on strike on the 20th of November, refusing to perform all non-emergency duties and procedures. The strike is being organised by four trade unions, who cover 83 of the country’s hospitals.

The unions are demanding better structured workloads for staff, as well as wage increases. Talks have been ongoing throughout most of 2019, with no sign of letup.

Social Healthcare Under Pressure In Germany

Germany’s Krankenkasse system, which provides state health insurance for all citizens, including expats, is currently feeling the strain of the country’s ageing population. There is predicted to be a shortage of 50 billion euros by 2040.

Social security contributions are predicted to go up in line with this, in an attempt to mitigate any negative effects. This would have a significant impact on pay cheques, with rises of up to 3% extra being taken from people’s salaries before tax.

New health insurance regulations for expat retirees in Thailand will come into force at the end of October. Under the new rules, all retirees will need to sign up for expat health insurance, at rates many expats are deeming “exorbitant.”

Calls For Premiums For Unhealthy Lifestyles In The Netherlands

A recent study by CBS.nl has revealed that 52% of Dutch people believe that those who are living “unhealthy” lifestyles should pay added premiums for their health insurance.

Smokers, heavy drinkers, and overweight people have all come under fire in the survey, which suggests that almost half of people believe that those who live particularly healthy lifestyles should be given reductions on their premiums.