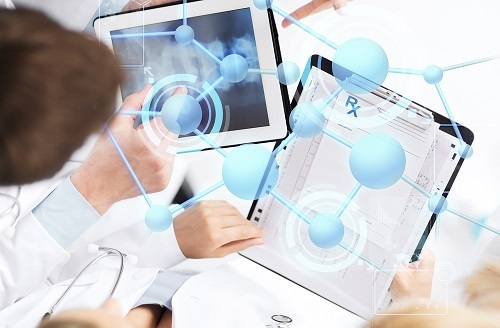 Singapore has abandoned its zero Covid-19 policy and is now describing the virus as endemic and something that has to be lived with. Combined with its excellent vaccination rate (80% of the population are now vaccinated), this is standing the city-state in good stead in comparison to economic competitor Hong Kong, which is still maintaining a rigid Covid-19 policy. Singaporean expats and others are now talking about leaving Hong Kong, telling CNN, among other media outlets, that Singapore simply has a better ‘game plan.’

Hong Kong still has one of the world’s toughest quarantines. You are obliged to isolate for up to three weeks. We are nearing the second anniversary of Covid-19’s emergence onto the world stage. The city-state’s approach is understandable, given how it suffered under SARS, but expats say they are losing patience. Singapore’s quarantine period is two weeks, and the state is opening up to international travel – for instance, with Germany – while Hong Kong remains closed. There are some variances. For example, Hong Kong currently allows more people to gather in public than Singapore does. Overall, however, Singapore is now taking a more lenient approach, and this is paying dividends with the number of Singaporean expats considering a return home.

It isn’t just individual citizens who are contemplating a move out of Hong Kong. Frederik Gollob, chair of the European Chamber of Commerce in Singapore, says that a number of companies are considering a shift south from HKSAR, too, and are waiting for leases on their Hong Kong premises to be up before relocating. He told CNN that “those companies now have an alternative, not because they were actively looking for it, but because of this situation [in Hong Kong], where everything is in limbo and you can’t plan ahead. This moving or non-existing goalpost is exactly the problem … businesses hate nothing more than insecurity.”

Both corporations and individuals fear that the restrictions in Hong Kong could drag on into 2023.

Meanwhile, those Australian expats abroad who are not still trying to get back into their own country are experiencing what has been termed ‘a hot vax summer.’ With restrictions lifted in many countries, including parts of Europe, Aussies abroad are the envy of their compatriots under lockdown. The EU’s Digital Covid Certificate is proving both easy to use and popular, and the German government’s 3Gs strategy (Geimpft, Genesen oder Getestet – vaccinated, recovered or tested) is being regarded as preferable to Australia’s reliance on PCR tests.

There has been a 60% rise in UK company registrations in the Emirates during the first quarter of 2021, and the British Business Group in Dubai and the Northern Emirates says that around 120,000 British expats are now living in the region. It has become a popular choice, in part, due to its healthcare. The Emirates are generally considered to have handled the pandemic very well, and expats in the area cited the ease of making appointments with their GP as an appealing aspect of life in the UAE compared with in the UK.

In addition, Britain has now opened up to vaccinated travellers from the UAE. This has come as a relief to British citizens resident in the region, who had been unable to return to the UK to see families and conduct business. Furthermore, the increased number of company registrations suggests that the UAE is still a popular destination for British business people. Expats signed a petition in the spring, asking the UK to open up (the UAE’s excellent vaccination rollout was cited in support), but the British government resisted. Now, freedom of movement without quarantine is being reinstated.

A number of Brits in Spain have reportedly left the country, and post-Brexit healthcare changes have been cited as one reason for this. Unless you have residency, or are working and paying social security contributions, you may find that your access to free state healthcare in the country is now limited. Spanish real estate agents report that lack of healthcare – not everyone has private health insurance – seems to be a reason why elderly Brits in particular are packing up and going home.

If you are an EU citizen, or a non-EU national who is legally staying or residing in a member state and has the right to travel to other member states, you can now apply for a Digital Covid Certificate or its equivalent. If you’re British, you can get a digital equivalent that will be accepted in member states such as France, but the UK Foreign Office and Department of Health and Social Care apparently applied for integration into the EU scheme in July, and work has been taking place behind the scenes ever since. The EU told the Daily Telegraph in late September that integration of the UK’s vaccine database into the EU system is now at an advanced stage, and digital verification of EU/UK vaccination certificates will then be possible.

But how will this work? Border guards will scan the QR code on your vaccination certificate, and if the database has worked and your vaccination details are registered, their scanners will flash green and you’ll be allowed through. This should make life a lot easier, as British travellers won’t then have to show the results of their lateral flow tests (although it’s a good idea to test yourself anyway, as you obviously don’t want to be spreading Covid-19 while travelling). Meanwhile, business leaders have been asking the UK government to scrap day two testing of fully vaccinated new arrivals.

Check your host nation’s government website or digital portals if you’re resident in the EU, because national authorities are responsible for issuing the certificate.