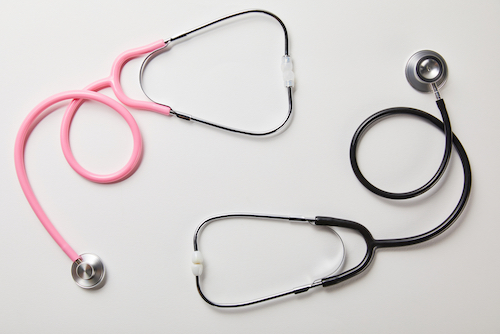 Long-Term Healthcare Rights Not Guaranteed For Expats After Brexit

As the Brexit deadline looms closer, British expats living abroad are increasingly feeling concerned about whether their healthcare arrangements will still be in place.

The S1 form has been the port of call for expats in the EU for many years now, but in the event of a no-deal Brexit there is currently no firm guidance on what will happen to this.EHIC cards will no longer work after Brexit, since Britain will no longer be part of the European Union, and most of the guidance from the UK government recommends that regardless of where they are now living, expats should register for residency of their new countries and then apply for public healthcare.

This seems like good advice on the surface, however in certain countries it is not possible for expats to access public health services. Taking out private health insurance is always an option, but those with pre-existing medical conditions will find it difficult to secure insurance that covers all their health needs.

You can find out more about the situation as it currently stands, check for updates, and look for specific recommendations for the country you are living in, on the UK government’s website.

Following on from the news item above, there is a small amount of leeway for British expats living in the EU after Brexit.

The UK government has guaranteed that expats will receive full health cover for six months after the UK leaves the EU, even if they leave with no deal.

£150 million has been set aside to cover these costs, which will also be available to help people who are on disability benefits, and those who are only in the EU for a short time, such as tourists, as long as they exit the UK before Brexit happens.

In happier news, the InterNations Expat Insider Report has revealed the top countries around the world for expat health and wellbeing.

Finland and Austria top the list, with 97% of people living in Finland reporting that they are happy with the level of healthcare they receive there.

Sharp Rise In Health Insurance Premiums In The Netherlands

The Netherlands has a mandatory health insurance system for all residents, with people being able to choose between three levels of policy, ranging from Budgetpolis – the cheapest option – to Restitutiepolis, which is the most expensive.

Residents are allowed to switch their health insurance to a new provider once a year, and anyone wanting to change provider in 2020 will need to submit their application before December 31st 2019. The new cover will then come into place on the 1st of January 2020.

In a report released a few months ago, the Dutch government predicted that premiums would be on the rise. However, they stated that costs would probably go up by about three euros per month, whereas in reality the new prices look set to be at least double that.

So far, only one Dutch insurer has released their prices for 2020, though, so it is still possible that some of the options will be in line with the government’s predictions.

Historically, visitors to Oman, as well as workers in the country, have not been required to take out private health insurance, although many have chosen to do so anyway.

However, all that is set to change from 2020, when the Dhamani system will come into play. This will require everyone in the country, including those visiting on holiday, to sign up for a private health insurance policy before they will be allowed to enter.

Domestic workers, as well as employees in the private sector, will also need to be covered. Some overseas companies with branches in Oman are already looking into how to set this up for their employees.

Screenings for Down syndrome will now be available for some pregnant women through the German public health service. Following a court battle that spanned more than four years, the Federal Joint Committee of doctors, health insurance providers and clinics decided to allow the test to be subsidised by public healthcare.

However, it will only be available to women who are in a high-risk category, and they will need to go for a prior medical consultation before they will be allowed to have the test. These measures have been put in place to address concerns that some people might use the test as a ‘screening’ option, leading to higher rates of aborting foetuses with Down syndrome.

Costs For Expats With Chronic Illnesses On The Rise In Germany

An ageing population in Germany, made up of both locals and expats, is meaning that the state health system is increasingly unable to fund treatment for people with long-term illnesses, especially senior citizens.

More and more frequently, patients are being told that they will have to pay for certain elements of their medical care themselves, particularly in rural locations where access to treatments is lower overall.

Having not previously needed to take out private health insurance, people with long-term illnesses are now finding it prohibitively expensive to find policies that will cover them for their pre-existing conditions. However, paying out of pocket is just as expensive; sometimes more so.

Unlike in many other countries, the state welfare system usually will not cover the costs of treatment for people who cannot afford it. Instead, their family members are required to pay for them.

However, the government is looking at introducing measures that mean only those who earn more than 100,000 euros per year will need to contribute towards their own healthcare. Whether these plans will come to fruition remains to be seen.