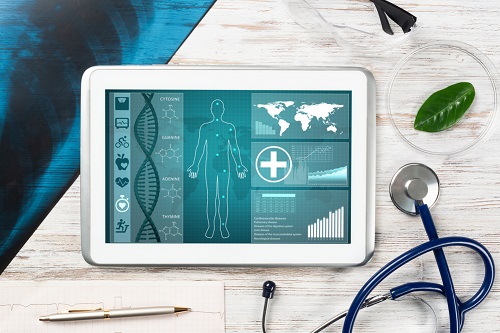 The pandemic and its impacts are continuing to rumble on into the autumn, and various countries are still taking preventative measures. For example, the UK is currently trying to avoid another lockdown, following a second wave of the virus. It has implemented the ‘rule of six’, which means that gatherings of more than six people for social purposes are banned. However, the country may still enter lockdown. As we have previously advised, if you need to travel, make sure that you check government guidelines. The good news is that some countries are starting to open up in September, including New Zealand and Singapore.

Indonesia was due to re-open its borders this month, but it has now postponed re-opening indefinitely. Meanwhile, Thailand has already opened, but it is relying on rigorous testing procedures on entry and has placed a number of people who have tested positive in quarantine. Israel has still got a pause on international flights, and India continues to battle a bad outbreak of the virus. Some countries, such as Cambodia, are asking tourists to put down a substantial deposit ($3K in Cambodia’s case), the purpose of which is to cover any health costs while you are in the country.

To date, out of the South East Asian nations, only South Korea is fully open, up and running. China, where the outbreak began, is looking at a full recovery of domestic internal flights soon, and some Chinese cities have been creating travel bubbles with other Asian cities. Some attractions, such as Disneyland in Hong Kong, re-opened but were obliged to close.

This is a fluid, rapidly changing situation. So, if you’re looking to travel, make sure you keep alert. There may be alterations to the rules in your destination country, as well as to those in the one you are departing from. At the time of writing, for example, it looks as though the UK may be about to enter a short ‘circuit-breaker’ lockdown, as mentioned above.

If you are currently living abroad, it is also important that you check your entitlement to healthcare. Some countries have been trying to restrict public health facilities to locals, and this process started before Covid-19. In Oman, for instance, a ruling that government hospitals should be for Omani citizens only was implemented last year. However, expats report that they have not, in fact, been turned away from public healthcare. This is probably because Muscat has only two private hospitals, and provision is therefore limited. Many expats living there have private provision anyway, either through their companies or through their own insurance. Nonetheless, it is worth keeping an eye on developments, if you are in Oman, as Covid is placing strain on healthcare systems.

The EU has said that the UK and the EU remain ‘far apart’ regarding negotiations on healthcare, including about a proposed replacement for the EHIC card. Your EHIC will remain valid up until the end of the transition period in December, but after that you may need to make alternative arrangements. For instance, if you are in Spain, you may want to register for a Tarjeta Sanitaria Europea – this is the Spanish equivalent of an EHIC. Keep an eye on government advice, both in the UK and in your host country.

ResearchGate.net has published an article this month on the subject of divorce among expats, as well as the reasons for it. With research taken from 13 face-to-face interviews and 25 online survey participants, the study suggests that the primary causes of expat divorce are health-related issues. Some of these issues may have existed before relocation, such as addictions and mental health problems, while others are culturally connected problems that cause stress (sometimes known as ‘culture shock’). Divorce can obviously have serious repercussions, both in practical terms (loss of home and income) and when it comes to mental health. It can lead to alcoholism, depression and suicidal impulses.

Suicide has been in the Arabian news recently, in relation to the Facebook group ‘British Dads Dubai’. A post from a suicidal member, Chris Haill, resulted in a call to the police. The British citizen’s life was saved. He has now spoken to ArabianBusiness.com about the episode, emphasising how important it is to have a support network when you are living abroad.

The Singapore University of Social Sciences, who conducted the research above, says that “one of the strongest pieces of advice offered by most of the respondents is for spouses, and trailing spouses in particular, to know their legal rights and entitlements in each country where they are living in the event of divorce.”

If you are resident abroad, make sure that you are aware of mental health provision and support in both your host nation and in your local community. Covid and its consequences, such as lengthy lockdowns and reductions in income, plus the hothouse pressures of enforced family life, are creating a mental health crisis across the world. It’s crucial that you are aware of this and seek help if necessary.

Other side-effects of the pandemic are also affecting expat workers. There have been reports in Singapore, among the Chinese expat community, that the pandemic has brought anti-foreigner sentiment to the fore, especially online. This means there is a danger that the city state could be regarded in the same ‘foreigner-unfriendly’ light as Japan. The Prime Minister has addressed this, noting that companies that have an internationally diverse workforce tend to do better than those who are mono-cultural, as they can adapt and fit more readily into an international business landscape.

Expats in Spain should note that another casualty of Covid could be their tax-residency status. The Spanish Directorate General of Tax recently ruled that any time spent in the country as a result of Covid, such as during lockdown, will count towards determining tax residency. Some countries, such as the UK and Australia, have adopted the OECD recommendation that enforced time in a country due to lockdown should not contribute to one’s tax status. However, Spain is going against the trend, insisting that anyone who spends more than 183 days in the country will be taxed under the Spanish Net Wealth Tax. It’s worth checking whether this will affect you, if you have spent more time than usual in the country due to Covid.