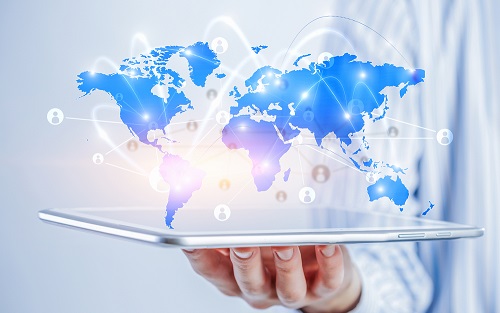 The 14th annual Expat Explorer study, published in mid-October, shows that confidence among expats remains high. The yearly survey collects data from over 20,000 people who live and work abroad. As one might expect, 75% of expats reported that their optimism is a result of the waning effects of the Covid-19 pandemic. In saying this, quality of life was also a factor for 60% of the people surveyed.

There are local factors that might cause people to leave – such as localisation policies and draconian Covid-19 regulations in places like Kuwait and Hong Kong – but in regions such as Australia (92%), Switzerland (92%), Jersey (90%), expats reported that they want to stay and like where they’re living. Those resident in Indonesia and the UAE also reported a high quality of life.

The study suggests that expats are looking forward to getting out and about to pursue the following activities:

Despite being unable to visit family or friends, 42% reported that they had been successful in maintaining their physical health during lockdown, and many expats seem to have maintained a positive attitude throughout the pandemic.

The ‘super rich’ return to London

The Guardian reported in early November that the international ‘super rich’ have been returning to London after the pandemic, driving up property prices. Estate agents Knight Frank say that house prices have risen by around 7% since the beginning of 2021, and have been consecutively rising each month ever since. This could be due to wealthy foreigners coming in from Europe and the Middle East and seeking a base in the UK, despite the ongoing uncertainty about Covid-19 case rates.

The most sought after properties include new builds, as well as older homes, in des res areas such as Chelsea. A minor exodus of wealthy Londoners to the countryside during Covid-19 has left a number of prime properties waiting to be snapped up.

The ongoing effect of Brexit, as we have reported recently, is continuing to cause difficulties for British citizens resident in Spain. This month, the Daily Express reported that around 2,400 residency applications from Brits have been rejected. Leon Fernando Del Canto, the founder of London-based Del Canto Chambers and an expert on taxation, told the newspaper that being forced to sell your home as a result of the change in regulations represents a ‘human rights issue.’ He adds that those who bought property prior to Brexit, and who now face a forced sale because they have been denied residency, should be exempted from Schengen rules, essentially on humanitarian grounds. Del Canto told the Express that

“It is worth noting that in addition to the UK being a member of the Council of Europe, the ECHR [European Human Rights Convention] applies to any foreign citizen in Spain.”

He is urging the British government to take this issue up with its Spanish counterparts and says that the same applies to other EU nation states where some British expats may face financial ruin.

Meanwhile, the Daily Mirror reports on fears that expat communities could collapse as a result of Brexit. However, it also says that Brits have been flocking back to Benidorm now that the pandemic is finally waning, to the relief of British business owners in the area – some of whom have been relying on food banks as a result of economic hardship caused by Covid-19.

Benidorm had been turned into a ‘ghost town,’ according to one resident, but is now starting to bounce back. Hoteliers say that there has been a significant increase in British holiday makers now that travel restrictions have been eased, and that the atmosphere in the town has greatly improved.

The Kuwaiti Legal Advice and Legislation Department deemed last month that a ban on employing expats without university qualifications who are over 60 was not legal. This has opened up employment to expats who fall into this category. The Public Authority of Manpower, who initially issued the ban without authorisation, has approved the revocation. Expats will still need to meet some criteria, namely an annual fee of KD500 (around US$1600) and mandatory health insurance. Children of expats will also not be allowed to be educated in public schools.

The official who approved the ban in the first place, PAM’s director general Ahmed Al Moussa, will also be investigated. The ban has had a significant effect, resulting in an estimated 4,000 expats leaving the country during the first six months of its implementation. Overall, around 56,000 expats are estimated to have left the country in the first half of 2021.

A personal status law (relating to issues such as marriage, divorce and inheritance) has recently come into effect for non-Muslims in Abu Dhabi. A court dedicated to non-Muslim family matters, which will be bilingual in English and Arabic, is to be set up. This is part of the big legislative changes that the UAE has recently brought in relating to personal matters.

If you think that this might affect you, it is worth looking more closely into what it entails. Expats have greeted the new law with approval, however, since it will allow expats to settle personal issues, such as divorce, in the Emirates, without having to return to their home countries. Expats interviewed by the Khaleej Times from places as diverse as Nigeria, the Philippines, and India, say that the new law is good, liberal, and simplifies a range of processes, and that it brings the Emirates into line with international best practice.

In mid-November, the UAE government announced a new visa for expat retirees, which follows the ‘green’ and ‘freelance’ visa initiatives that were introduced in September. The new legislation should make it easier for retirees to remain in the UAE.