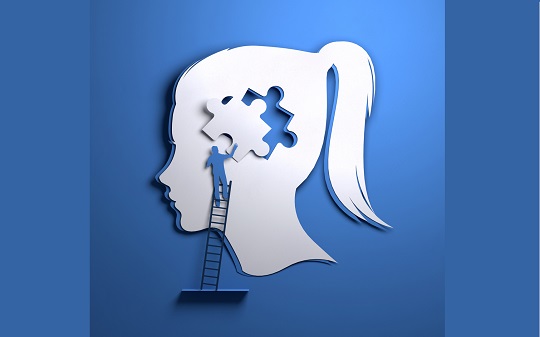 Moving to Spain can improve your mental health, study claims

In late March, the Daily Express reported that the Mental State of the World report, which looks at the state of mental health across 34 countries, suggested that moving to Spain could benefit your mental health. The report, compiled by non-profit research organisation Sapiens Lab, gathered responses from over 200,000 participants across the world. Each respondent was asked to complete an anonymous 15-minute survey and respond according to a sliding 200-point scale from ‘distressed’ to ‘thriving.’ The report covers Latin America, Africa, the Middle East, Europe and the ’core’ Anglosphere of the USA, Canada, the UK, Australia and New Zealand.

The study suggests that mental health declined across the world during the pandemic by around 8%, something which has been broadly borne out by other studies. This rate slowed during 2021 to around 3%, presumably as people began to adjust to their circumstances.

Using a variety of metrics, relating to factors such as mood, drive, motivation, social contacts and outlook, the study ranked Venezuela in first place, with Spain coming second. Countries which had strong economies did not, interestingly, perform all that well – indicating that the rat race might not be good for you (which we think we knew!). English-speaking countries also saw a sharper decrease in mental health – there may be a correlation here between individualism and performance-based cultures and mental health issues. Also, there seems to be a correlation between the strictness of Covid-19 measures and mental health, especially in the 18-34 age bracket.

The UK came bottom of the list, along with South Africa. The average mental health score came out around 46%, with 36% describing themselves as struggling. The USA, Canada, Australia, New Zealand and Ireland also featured in the bottom 10 nations.

The Global Government Forum has published the results of a recent panel relating to mental health and staff management. The webinar featured Gertrud Ingestad, director general of human resources and security for the European Commission, Rupert McNeil, chief people officer at the UK Cabinet Office, and Adam King, public sector lead for workforce transformation at Deloitte.

A common thread throughout participants’ contributions related to flexible working. We’ve noted before that flexible working practices are a key component in aiding mental health, particularly during a pandemic. Allowing flexible hours or WFH arrangements can reduce stress levels. McNeil says that companies should be “as location-agnostic as possible”, while recognising the importance of both social capital and specific geographic knowledge – for instance, some people may need to work in a certain area to understand the local market. Ingestad says that the European Commission is allowing personnel to work from abroad for up to 10 days per annum and applying the Belgian principle of ‘right to disconnect’ – in which staff are not put under pressure to answer emails out of working hours, for example.

Particular emphasis was placed on women’s work. Women are more likely to work from home, because often they still take on more childcare responsibilities. However, this can hinder career development, because of their reduced visibility to colleagues. Adam King noted that staff should be allowed to work where they feel they are most productive. In Deloitte’s European Human Capital Trends survey, around 40% of respondents said that they preferred a measure of independence regarding the best way to carry out their duties, and this was crucial in making hybrid work effective for them. He said that leaders should be looking at three workplace priorities: wellbeing, inclusion and new ways of working, and securing engagement. Wellbeing is highlighted in an annual report from Deloitte and UK think tank Reform, entitled The State of the State, which emphasises mental health as a priority for business. We will look at this separately below.

The State of the State

Deloitte and Reform published The State of the State 2021-22: Towards a new public sector normal in November 2021. It focuses on various areas, including public trust in public sector organisations such as the NHS. This is currently high, but the report highlights the stress experienced during the pandemic by NHS staff. Partnership working between public and private sectors is also emphasised. Conducted via 50 interviews with senior civil servants, the report shows that wellbeing and mental health are being regarded as a priority by public sector employees, and although the report focuses on the UK, we may regard it as a microcosm of a developing global paradigm, and not confined to the public sector.